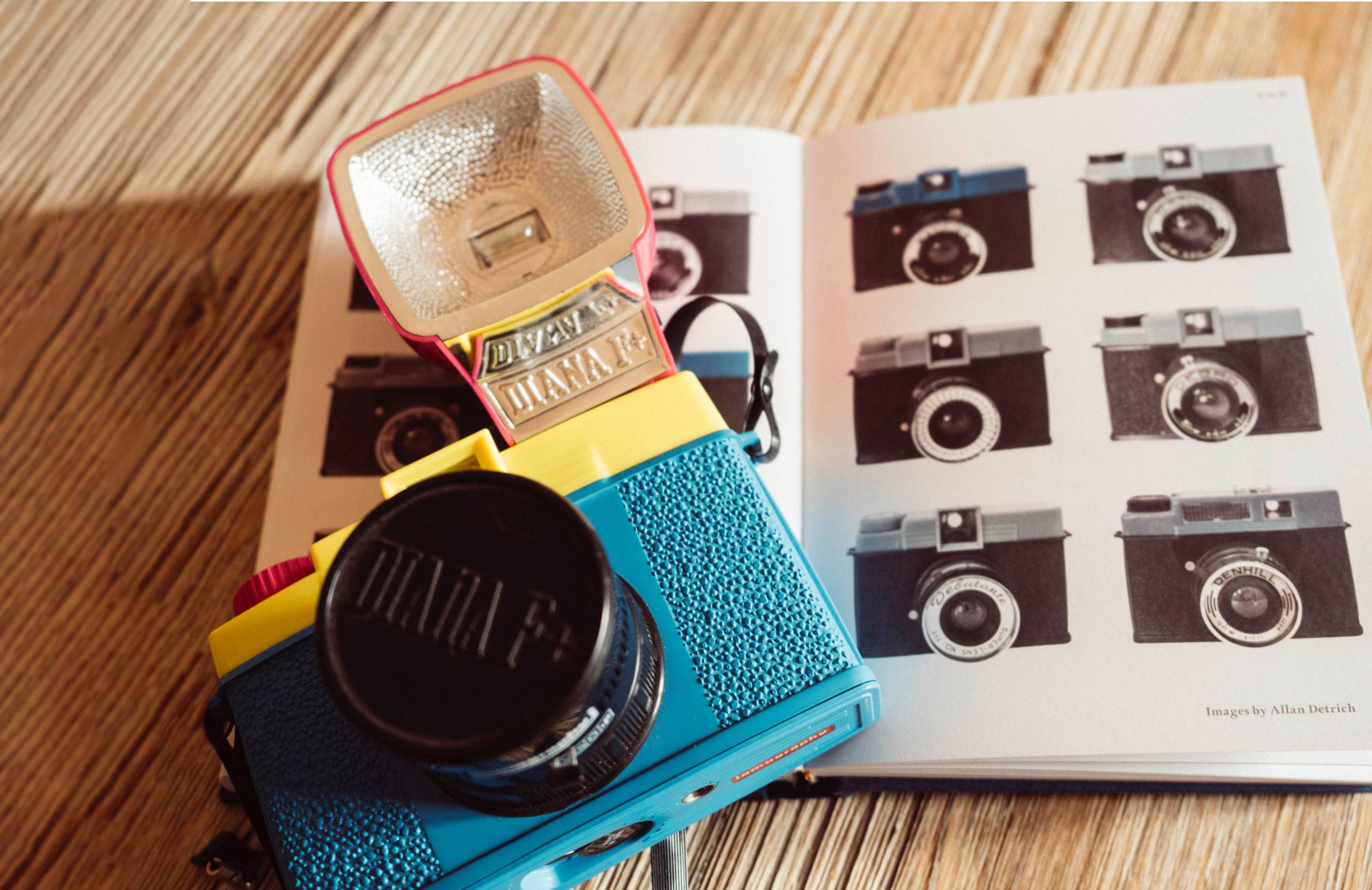 YouTubers are using equipment anyone could order from Amazon, why aren't more of the big dogs upping their game?Image: Laura Boccola on Unsplash
Pharra Perry·
Production
·7 min read

Usually, around this time, the kids are readying to head back to school and actors are returning from vacations to islands that aren’t immediately identifiable on the map to begin work on studio lots. This year is different, however, as only one of those groups is returning to the daily grind and a huge chunk of the members of that group still believe in the Tooth Fairy. As of this writing, most entertainment productions have been delayed indefinitely although a few productions are beginning to slowly resume in major cities such as New York. However, after a summer that is ending without the release of any major blockbusters, it appears entertainment is still trying to figure out exactly how it can safely resume.

Where Is the Production Love?

It’s not entirely surprising that television and movie productions are still at a loss as to how they can safely continue work. They are, perhaps, one of the trickier aspects of entertainment because they require many people often being in very close proximity to one another for an extended amount of time. That pivotal love scene just won’t have the same impact when the actors are attempting to kiss while remaining six feet apart. Blowing kisses really kills the mood.

Not all television shows have completely halted production. Many talk, news, and late night shows were forced to either remain in studio under strict production guidelines or abruptly move productions to home bases when lockdowns began. As expected, the initial “live from my house” shows were rough as talking heads were suddenly forced to shoot, light, mic, and even do their own makeup and their teams were learning how to produce, write, and direct remotely. Admittedly, it’s a lot to ask. A few months in, however, many shows are still shooting from home and surprisingly, quality, both production and content-wise seems to be a continued struggle for many.

Tune in to television these days and it feels a lot like you’re Facetiming Trevor Noah rather than watching one of the biggest late night shows on television. Stars: they’re just like you. While there are options available that some celebrities have taken advantage of to give viewers a crisp, professional look during their interviews, an overwhelming majority aren’t being as proactive. This lack in quality can be excused to a degree. It’s likely most hosts don’t come with below-the-line experience and if you’ve ever directed your parent or grandparent on a technical issue via phone, you’re aware of the challenges of explaining technology to those that aren’t well versed (“Did you try restarting it, grandma? To restart, you hold the power button… The power button is that moon in the upper right corner…”). Not every show is plagued with poor production quality issues; CNN was able to equip Chris Cuomo with high tech gear while he was ill and shot from his home. It is curious, however, to see so many television shows with sizable budgets truly struggling with producing a high-quality show with the at-home versions of their programs when you have regular people on YouTube with a quarter of the budget of these shows who are able to easily create high-quality programming.

What is the disconnect and why can’t major television networks figure out what people on the internet have done well for years now? Joe from YouTube certainly doesn’t have access to better tools or equipment than NBC. In fact, YouTubers are using equipment anyone could order from Amazon, which gives pause as to why few of the big dogs on television have made the effort to up their home studio game, particularly considering the home model may be around longer than anticipated. Take a look at any tech vlogger’s YouTube channel or even the content some NBA players are producing and compare it to Stephen Colbert’s Late Show or Ellen’s popular talk show of the same name and you’ll wonder how content creators with a quarter of the budget can produce shows that look and sound eons better.

As new television and film content is drying up, social stars have really had the opportunity to shine as nothing has really changed for them in terms of production. In some cases, their content is even better than their televised counterparts. In fact, with nothing new to report for weeks in the sports world, sports fans may have found themselves growing bored with retired athletes and talking heads’ hot takes on sports hypotheticals (how many times can they argue about the top five greatest clutch shooters in the playoffs whose names contain only one vowel?) as new social stars in athletes have emerged.

The last few weeks have seen a few NBA and WNBA players creating their own reality shows on YouTube in the form of vlogging to show fans what it’s like inside the basketball bubbles at Walt Disney World and IMG Academy, which is where the NBA and WNBA respectively are housing teams to finish out the regular season before launching into playoffs. Los Angeles Lakers’ center JaVale McGee and Philadelphia 76ers’ guard/small forward Matisse Thybulle are garnering millions of views with each upload of their insider looks into the daily grind of the bubble. While the editing may not be quite as polished as a television program as most of the athletes are editing themselves, the content quality of the episodes is about on par with any reality television show. The formula is no different from what YouTubers have been doing for years; pick up a camera, record your day, maybe edit out the boring and unflattering bits, share with the world, await results. It’s captivating content that proves it’s possible to create high-quality content on a shoestring budget.

While the quality of productions certainly helps to make content more palatable, audiences will turn a blind eye to a video that looks like it was shot on a smashed Sidekick phone that was smeared with petroleum jelly if the content is still entertaining and engaging. McGee and Thybulle are not professionally trained personalities, but they are entertaining to watch. Some of the more famous television personalities, however, seem to be failing on this front as well. Certainly, some of the major hosts are thriving and adapting well, still providing audiences with the same caliber of personality and entertainment that they’re known for; however, it’s become painstakingly clear that others need high-quality productions and live audience energy to really feel at home entertaining.

Understandably, television personalities are people too and can feel overwhelmed with life like anyone else. In the case of some of our favorite TV personalities, the strain of shooting from home has clearly taken its toll. Not being able to feed off of an audience definitely changes the mood for some hosts who rely on that energy and immediate feedback whereas content creators are used to not performing in front of an audience so the awkward silence after telling a joke isn’t noticeably jarring to them.

A Peek Into the Future?

To squash that awkward silence after dropping a joke, some late night hosts have made tepid returns to their old studio formats with skeleton crews. Conan O’Brien and Jimmy Fallon recently began shooting from studios with the former finding a home at the Largo at Coronet and the latter back in his home studio at 30 Rock. Neither of the hosts have yet to welcome audiences back into their studios, but have instead have opted to rely on their crew (Fallon with his in-house band, The Roots, and O’Brien switching between his assistant, Sona and his sidekick, Andy Richter) to provide that much-needed laughter and banter that makes a talk show work. Noticeably, the video quality of both shows has improved during the opening monologues, but the interview portions still leave a bit to be desired.

While most major studios are still figuring out safety logistics, entertainment producer Tyler Perry, who opened his namesake studios in Atlanta last year, is one of the first to pull a Katniss Everdeen and volunteer as tribute to resume production on his television shows with strict social distancing guidelines. Armed with a 30-page plan, Perry resumed production this summer with 360 production and crew members. Dubbed “Camp Quarantine” as production and crew were not allowed to leave the studio lots during the shoot and were provided with lodging accommodations, food trucks, an open bar, and even private flights to and from Atlanta, Perry seemed to be creating his own bubble a la the NBA to ensure the safety of everyone working with him. Requirements also included mandatory testing before, during, and after production, quarantines upon arrival, mandatory masks, and social distancing at all times. Perry was able to wrap production with no new cases and may have set a precedent for other major studios as they begin to ramp up production. Perhaps studios will be looking to his example as they work to ramp up and get crew members working again.

It’s clear the mixed levels of production will be a mainstay for a bit. Sometimes you’ll get that crispy 4K in-your-face video you’ve grown spoiled to seeing and sometimes you’ll feel like you’re watching on a dial-up connection that’s just waiting to be ruined by a phone call from the Uber Eats driver (why did you give him your landline number?). Seeing how programs have managed to adapt (or not) highlights the importance of simply creating content worth consuming. Were you blinded by the flashy production and mesmerized by the groupthink reactions of an in-studio audience to believe that a TV program is actually entertaining? Pandemic production has proven that quality reigns supreme and you don’t need a monster budget to produce quality content and if you do have a monster budget, it doesn’t equate to producing quality content. It may even be that audiences aren’t as enchanted with big-budget productions that lack quality once production on shows has resumed en masse. As studios prepare to return to in-house productions, perhaps they will keep this in mind and value quality over some of the ornate distractions that come along with massive budgets.