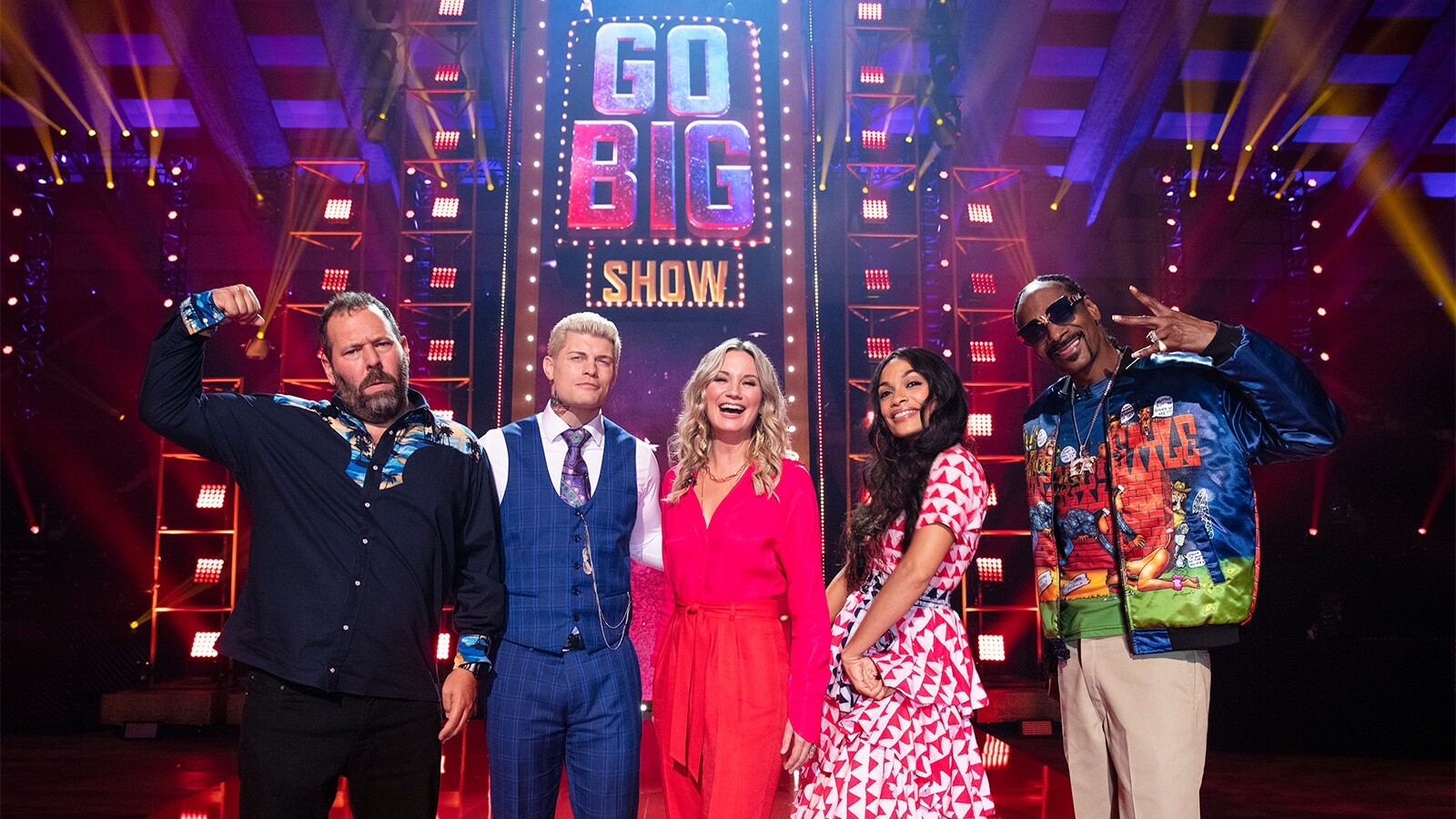 A new TBS show is chock-full of thrills & chills

The Turner television trio recently announced a new program, Go-Big Show, to premiere on WTBS in 2021. It’s now in production with comedian Bert Kreischer as the host and a quartet of celebrity judges (including Rosario Dawson and Snoop Dogg) who’ll weigh in on the relative merits of contestants’ efforts at alligator wrangling, stunt archery, and other derrings-do-or-die. And monster trucks. Always monster trucks.

At first glance, this looks like familiar reality-competition TV fare, a kind of mashup of Jackass and American Idol, with a bit of Stupid Human Tricks thrown in. The old, weird American sideshow–sword swallowing, etc.–is the antecedent. (And performance art hovers over the genre, as well: see Chris Burden’s legendary eight-second video, Shoot, from 1971.) In context, though, Go-Big Show is very much of its moment. The pandemic sent most everyone running for shelter and taking unprecedented precautions, all the way down to the things we touch and the air we breathe. The world came to seem quite dangerous, especially as eruptions of violence broke out around the US during the summer. It has been a fearful season. We’ve been mostly reducing our ambit, making our circles and indeed our lives smaller. 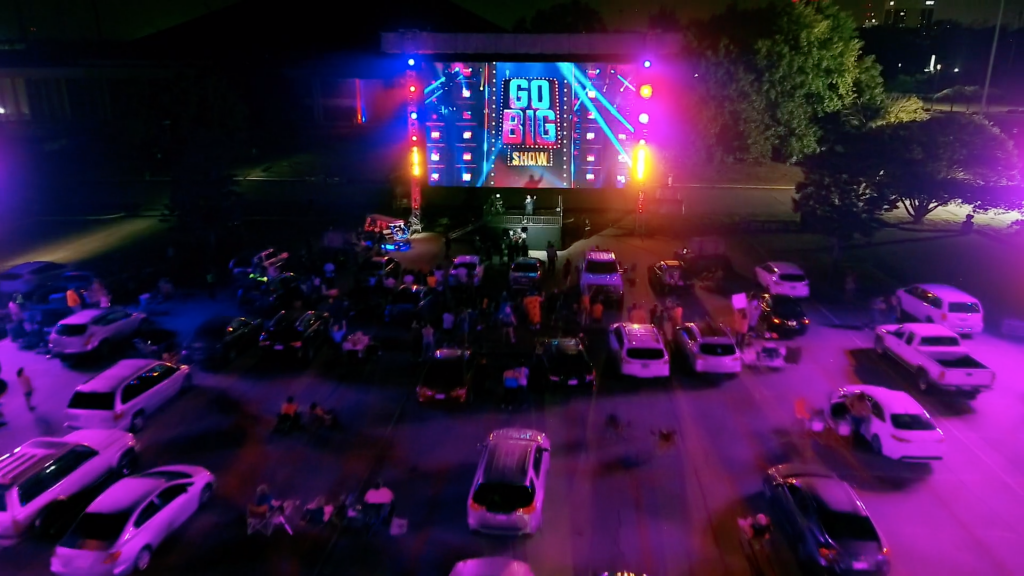 But human beings, and especially Americans, are risk-takers by nature. We can only play it safe for so long before we are tempted to seek out challenge and adventure, even to undertake death-defying acts–and not only for the sheer thrill. It’s how we build a store of courage, character and fortitude for the moments when real-world stakes require them. Perhaps we need these experiences more than ever while we’re still going about our daily business at a tentative distance. We need to feel like it’s safe to be unsafe, in a manner of speaking. And we need to feel happier, more alive. Depression symptoms tripled around the US during the pandemic, a JAMA Network study found. The shot in the arm many people could use right now may need to inject adrenaline as much as vaccine.

Go-Big Show responds to that need. Its contestants might not do anything we haven’t seen before (or some version of it), but it gives us their acts in copious quantity. Viewers get to jump into a deep-end full of vicarious excitement and risky business, with the familiar comedy host and celebrities on hand to keep the proceedings comfortable and the mood light–and safe: Macon Coliseum in Georgia, where Go-Big Show is shot, can hold 7,000 people, but the production is adhering to prevailing safety protocols and capacity for this event is zero. Instead, live audiences tailgate outside the venue (at appropriate distance) and watch the show onscreen, with host Kreischer introducing segments from there as well.

According to TBS, this is the first-ever television drive-in audience. Is the future of attending entertainment a cross between being a live studio audience and gameday tailgating? If so, what other diversions can be dreamed up for the crowds out there in the parking lot? How one longs for the days of Evel Knievel.