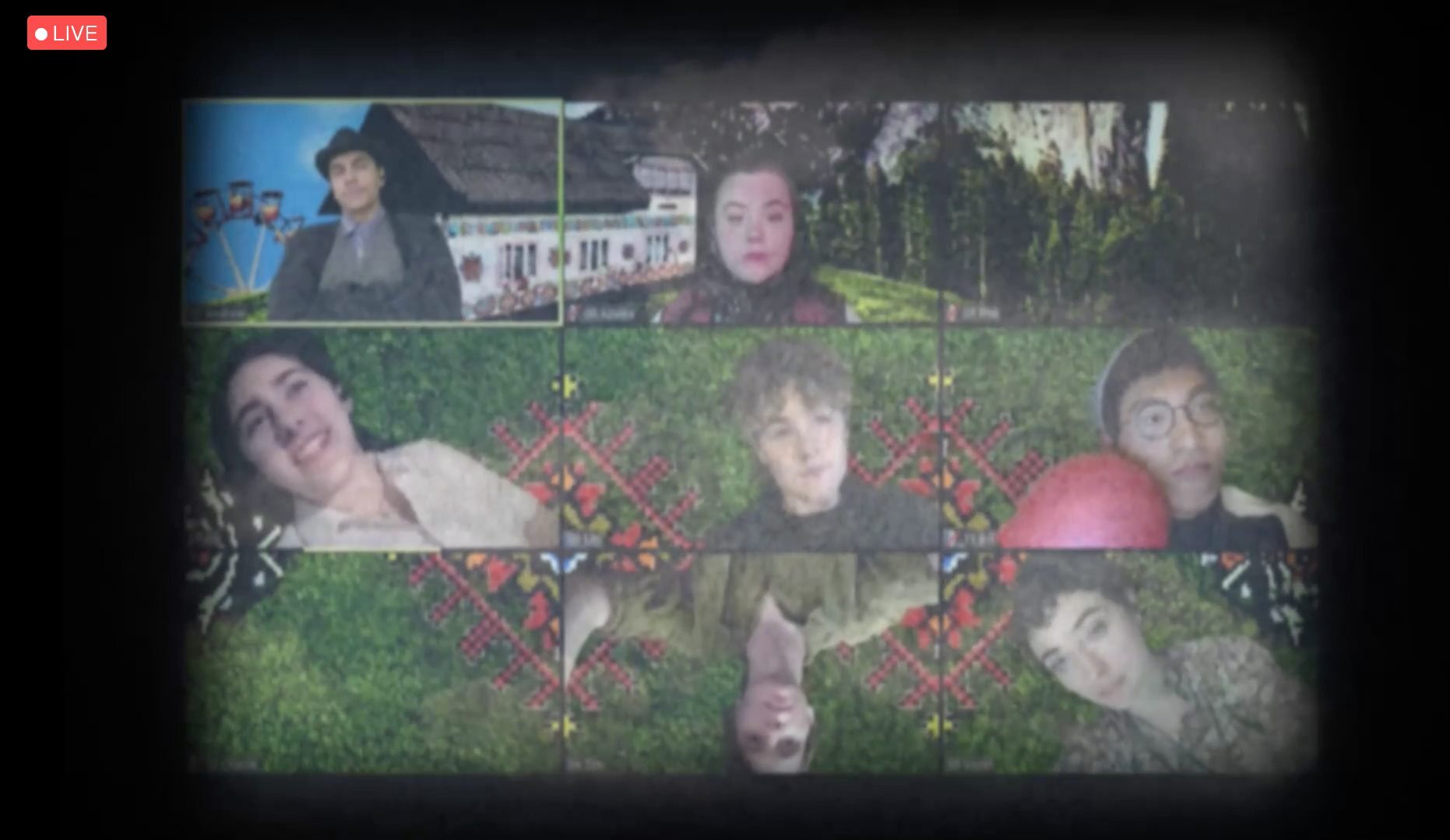 You can adapt to the circumstances, or you can adapt the circumstances. The theater may be dark right now, but it is civilization’s oldest performing art, and it hasn’t lasted for millennia by practicing stubborn rigidity. Quite the contrary. Theater is an art of change and transformation. In a time when many art forms are self-reducing, at least one theatrical project expanded the apparent boundaries of form and content. It’s a lesson for all of us.

In March, rehearsals were suspended for the Bard College Theater & Performance Program’s production of Mad Forest, Caryl Churchill’s 1990 play about the 1989 Romanian coup d’etat that brought down dictator Nicolae Ceaușescu, and the coup’s uneasy aftermath. In short order, all upcoming live events on campus were cancelled; then most of the school’s operations shut down. Students started going home.

But the show went on — by going off the stage.

After joking that rehearsals could continue via Google Hangouts, just for the fun of it, the play’s director, Ashley Tata, got serious about the idea of moving the production online: she set to work with her cast and designers on completely reconceiving Mad Forest as a Zoom theatrical webcast. The play’s modular dramatic structure, comprising mostly short scenelets, lent it enough presentational flexibility to make the idea workable.

At first, the student-actors clapped their hands when it was their turn to deliver lines, giving them the (Zoom) floor, so to speak. That was a decent rudimentary workaround, but Tata, a Bard guest artist, was only just getting started. She has not only an extensive theatrical resume but also a parallel career in immersive escape experience platforms. Tata brought on a video designer, engineer, and programmer, and they collaborated on redesigning Mad Forest for Zoom, including rewriting some of Zoom’s code in order to accommodate the platform to their needs.

Meanwhile, the cast, a dozen student-actors who had scattered around the country for the remainder of the semester, received by mail not only props and costumes but also earbuds, lighting equipment — with each lighting setup tailored to the actors’ specific performance locations — and, most crucially, green screens. The show’s designer, Afsoon Pajoufar, then created 125 different Zoom backgrounds and projected them onto the screens. Special effects, ordinarily the domain of post-production, could be achieved live.

The result was a mutual adaptation, and an adaptive mutation: of the play for Zoom, and of Zoom for the play.

The show streamed live on April 10. Among the audience (which numbered over 1,000 people) was Jeffrey Horowitz, the Founding Artistic Director of New York’s Theatre for a New Audience. Horowitz was so taken with the production that he arranged to present three additional webcasts in late May, which netted not only a significantly larger audience but also many positive reviews, including one from the chief theater critic of the New York Times. And viewers’ comments and communication with each other during the event renewed the rather antiquated and often hollow theatrical gimmick of “audience participation,” engaging spectators personally and expanding their reception of the play beyond its formal narrative by allowing them room for real-time reaction. Everything was enhanced: play, platform, and user experience. Even the occasional technical glitches seemed like part of the show. As one review put it:

Each twitch of Zoom felt deliberate, even when it clearly wasn’t. The accompanying chat room helped make this play. Every time I had to refresh, I felt Zoom was a tool that unified and amplified the shared experiences of the community. Two communities — the people in Romania three decades ago, and the many of us stuck home now, relying on screens for our theater.

It’s worth noting that Mad Forest happens to be about a real-life revolution. All kinds of associations were enacted by the material. The claustrophobic quality of the video frames called to mind the Ceaușescu regime’s use of television to stave off the popular uprising, and the Romanian population’s fears of surveillance under totalitarianism, as well as the reoccupation of those same state-controlled media and broadcast apparatuses by revolutionaries.

Closer to our own time, the radical sociopolitical and economic change in Romania speaks to the major upheaval of our current moment. And closer still, to those of us in the business of communication — which is the business and art of theater, as well — Bard’s production of Mad Forest may inspire ideas for effecting significant change: not violent overthrow, of course, but ways to take hold of received forms and reshape them, even revolutionize them, for our own liberating purposes. Not simply because we can. In order to keep thriving, we may have to.