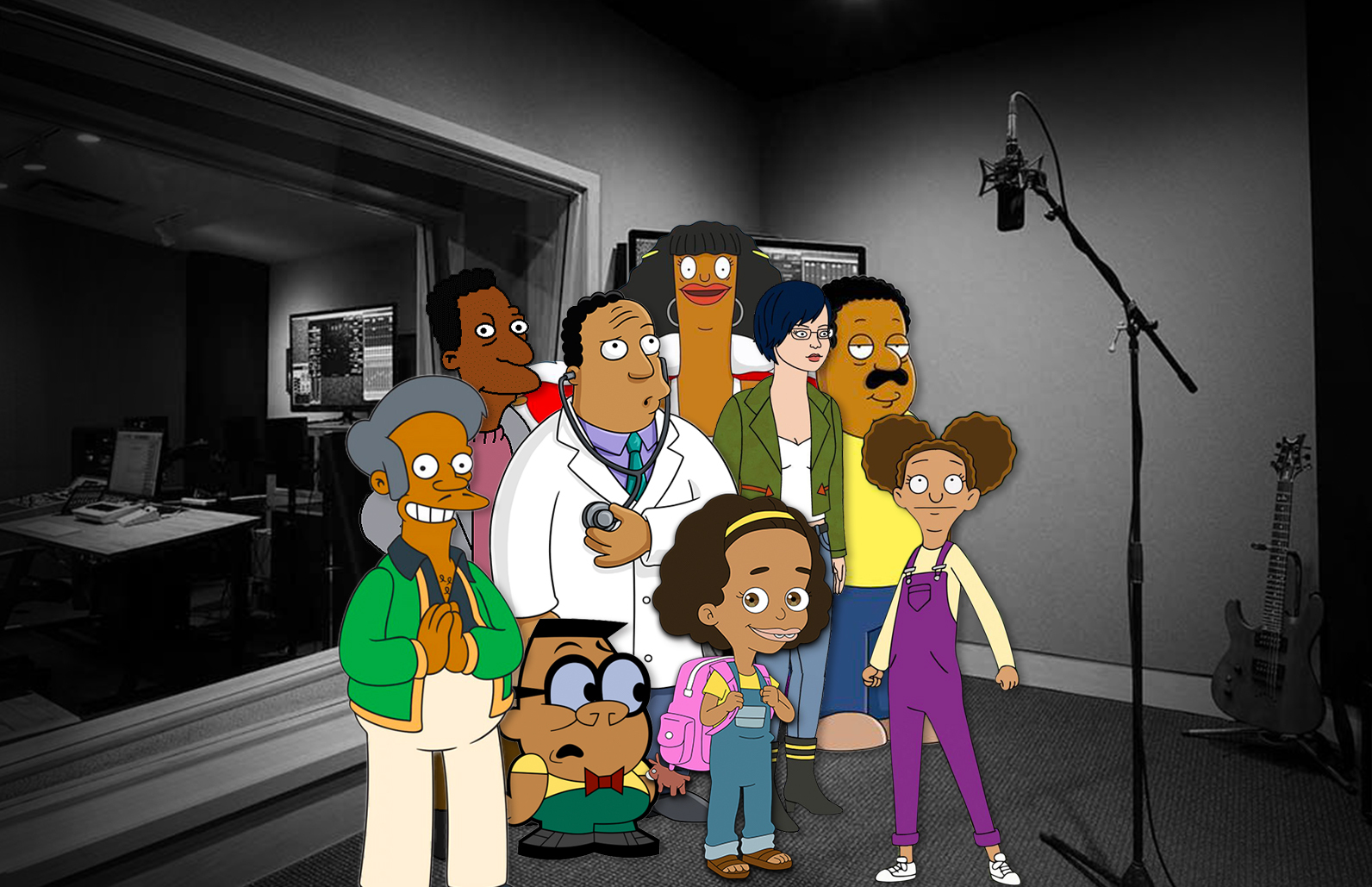 Blackface is a deep seeded problem in voiceover, that needs to be addressed on many fronts.
Amber Yoder·
CultureProduction
·4 min read

How to fight racism in the recording booth

Recently there’s been a move in Hollywood away from white actors lending their voice to nonwhite animated characters. This is a welcome and long overdue step in the right direction.

But blackface (and that’s exactly what this is) is a deep seeded problem in voiceover, that needs to be addressed on many fronts. The problem isn’t limited to big budget projects. You can encounter it at every level of production – from Hollywood feature films, all the way down to the tiniest, pro bono, nonprofit video.

“On one voice database, I did a search for African American Male, and the 3rd face on the list was not that of an African American,” says voice actor and musician Bryan Howard. The lack of a marketplace for authentic African American voice talent led Bryan to create the African American Voice Actor Database. The growing database is an excellent resource for producers looking to expand their roster of diverse talent.

But this issue isn’t limited to African American voices. There are so many examples of white voice talent playing characters that are intended to be Chinese, Native American, Latinx…the list goes on.

“Blackface is nothing new, it just kind of changes. White actors have made a lot of money off of these stereotypes,” says voice actress Mara Junot. “While a lot of the world is laughing, I don’t know that people of those ethnic groups are laughing.”

In the voiceover world, white actors sometimes accept roles that actors of color would decline because those roles portray a stereotype of their race. When white actors play characters of color, they lack a cultural understanding that helps them bring nuance to the role, or know when to draw the line. So at best, the characters may lack dimension. At worst, they may be blatantly racist.

“Opportunity is scarce for minorities in this business – often because casting defaults to Caucasian.”

So how can those in communication, marketing, and entertainment go about addressing this issue? Here are a few ideas:

“It takes a little leg work and intention – but it’s not hard. We are out there, there are a lot of us – and we are ready to work. ”

With voice over, it’s especially easy to be “color blind” when casting talent. When simply listening to a voice audition, you may not know an actor’s race. But in order to be intentional about creating opportunities for diverse talent, you have to do the work. That means doing a little online digging to confirm that an actor actually represents the race they’re portraying.

“You often hear ‘the best person should get the role.’ Well, what if that person didn’t even get to audition?”

Reach out directly to black and brown voice talent

Some of the most popular voice talent databases are pay-to-play. While these platforms are free for producers to post job listings, the voice actors need to pay in order to audition. “With any pay-to-play, it depends on who is paying for that upper tier subscription level,” says Bryan Howard. At the free or lower subscription levels, VO talent may only be able to audition for jobs that they are directly invited to audition for. However, with a little leg work, a savvy producer can browse talent profiles and directly invite actors who fit what they’re looking for.

Increase diversity in the creative team

“There’s something strange about a white director telling me to “Black it up.” If you have Black people in the room, it’s just less offensive. It’s much more specific and intentional when direction comes from a Black creative.”

Involving more black and brown creatives, writers, directors, and editors in a project’s production helps increase authenticity. It’s not enough to have the voice talent be the only person of color in the room. Cultural authenticity starts with having the right voices in the mix behind the microphone.

Don’t default to what “sounds white”

That means auditioning and casting talent of color, even if the script doesn’t explicitly call for an “ethnic voice”.

“Do what is going to make the project the best it can be, but be open minded, and make sure there’s at least some seats at the table for actors of color.”

Take the time to build a roster before a project hits

Do the work now to make tapping into diverse talent easy later when you’re up against a tight deadline. A good place to start is asking voice talent you’ve worked with for recommendations. Or spend some time exploring the African American Voice Actor Database and lay the groundwork for the right relationships.

“This is a business of relationships – but you need to make the time to explore relationships that are beyond the standard white default. Build up a pool of reliable contacts, just like you would in any circumstance. Do the due diligence to make sure your roster of talent looks diverse.”

Take some time to educate yourself on why representation matters, the pain caused by blackface in any form, and the issues facing actors and talent of color. Here are a few good places to start: