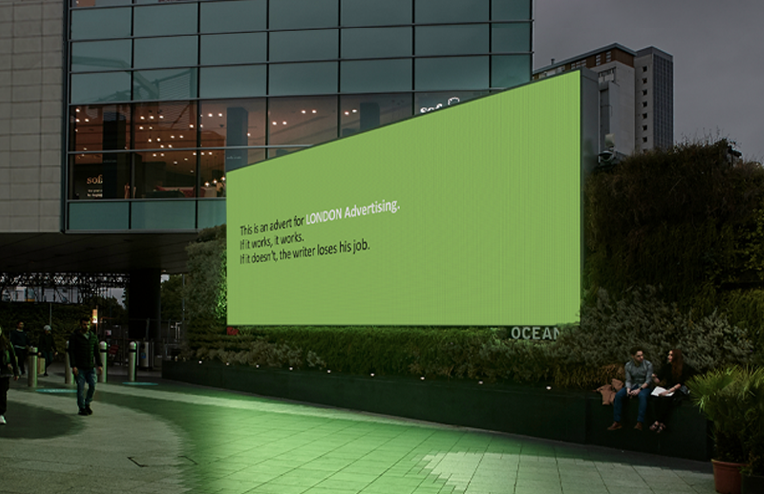 Three ways to send a message

Back in March, it was fine, even comforting, for most of the ads to give us soft piano music, images contemplative or soothing, and “in these uncertain times.” Now it’s August. The world is adapting, but not all at the same rate, or in the same way. That makes the times, paradoxically, more certain: concerns everywhere are growing more segmented and more local as businesses regroup, audiences repopulate, needs diversify, and priorities individuate. Meanwhile, here in the US, new social and political urgencies have arisen, adding layers of complication and conflict.

The smartest communicators understand that we’re long past pretty pictures and soft piano music. They also understand that the most effective content is mutually embedded with form. Here are three approaches, all very different, all very strong:

Nearly a year before anyone had ever heard the phrase “social distancing,” Apple released a three-minute ad called “The Underdogs.” It tells the story of an office foursome collaborating on “Project Pandora’s Box”: essentially, the complex devising of a round hole for a round peg. (Also a reminder that Americans are addicted to pizza. n.b. Apple actually did make a circular pizza container.) The spot, Adweek raved, was “honestly better than most sitcoms.” It was better partly because it got more done in three minutes than most sitcoms do in 23. The story concept was compelling, the writing superb, the direction and acting just about Hollywood-grade; and the ad’s production quality was every bit the equal of the writing and performance.

“The Underdogs” ended on a cliffhanger, promising a payoff sequel. This came nearly a year later—after a pandemic-related rethink, to infer from the evidence—and has enlarged its narrative circle to contain two pies, one of which was undreamt when the first episode was released. The same office quartet returns for a second round of pizza boxing, doing battle with a battle-axe of a boss and the dreaded “Mike from Finance,” whose three katanas hung on the wall behind his desk almost surely do not pay homage to Damocles but indicate his favorite thing to do to budgets.

Meanwhile, as the Underdogs’ team leader puts it, “How’s the whole working-from-home-thing going for ya?” The sequel deftly incorporates some of the ways Apple’s products can help telecommuters who are sheltering in place. And at more than twice the length of the original episode, the ad also gives audiences more sheer quantity of entertainment in a time when the collective appetite for it is ravenous. Meanwhile, the very existence of the sequel reminds supplies powerhouse proof of Apple’s real-time adaptability, creativity, and productivity even under limited circumstances: the sequel is not only about working from home; it was presumably also created, shot, and produced at home (or in some sort of work-bubble, in any case). Thus the ad—produced by Smuggler, which deserves heavy credit—is itself an example of precisely the accomplishment its story celebrates: evidence of excellent work made under difficult circumstances. And, like the first “Underdogs,” the sequel ends on another to-be-continued note, promising more to come.

A London advertising agency that goes by the name London Advertising is sending a message with its name alone. It intimates something dominant and definitive, or even an official and essential organization, like United States Postal Service. The discovery that London Advertising bills itself as the “smallest global agency,” with just 10 employees in its home office, elicits appreciation of the agency’s David-like challenge to the industry’s Goliaths by appealing cheek—cheek as in (in this case), “rather than sitting on our butts, we decided to take the advice we give clients during a crisis or recession: advertise.”

The campaign they came up with is shrewd, circumstantially apt, and perfectly adorns London Advertising’s almost poker-faced name; indeed, the campaign might very well not have worked otherwise. The short television ads—most of them 10 seconds, a few 20—fill the screen with a lime-green background and the agency’s name, which appears in large white font. The word LONDON is thickly boldfaced and widely kerned. It almost looks like it’s about to break into a PSA, or an emergency warning.

Over this frank, arresting image, a voice delivers pithy, deadpan meta-commentary on advertising. For example: “We believe if you advertise through a crisis or recession, when your competitors aren’t spending, you will gain market share. That’s why London Advertising is advertising. This is an advert for London Advertising.”

Or more simply: “A good advert should be simple, stand out, and you should remember who it’s for. This is an advert for London Advertising.”

Using the brassiest of tacks, one of the spots’ voiceovers is simply the words “London Advertising” repeated some nine times in 15 seconds (!) by a woman’s voice trying out different inflections of the company’s name: a parody of the bad actor’s line-reading exercise.

Except it isn’t a bad actor: It’s Dame Helen Mirren. In other ads, the voice we hear is Liam Neeson’s. “It doesn’t cost a fortune to make a memorable TV campaign,” Mirren says in one of the ads, but London Advertising must have spent big to procure two of the UK’s most famous actors. The signal to potential clients is that the agency, despite its apparent thriftiness (and a campaign which simultaneously exploits and lampoons that thriftiness), isn’t cheap at all: It will hire famous spokespeople with culturally resonant voices to deliver memorable messages.

The signal to general audiences is subtler, and canny. London Advertising’s bright-green ads also appeared on billboards and other facings around London—”great poster sites were available, even as people returned to the shops and work,” the agency noted—with the voiceover text appended to the company’s name. For any Londoner out and about, that text in visual form might have had a familiar ring, affirming the message of the television ads.

Sending out a broadly appealing message to a splintered American populace is a tough task, but Nike has made a brilliant effort at it. Their recent “You Can’t Stop Us” spot is a split-screen marvel in which both pro and amateur athletes from different sports, races, nations, and cultures “appear to meld into one,” as Muse by Clio notes. As the ninety-second ad elapses, its chimerical ingenuity gains narrative force, invoking both the pandemic and Black Lives Matter with help from an understated but potent valedictory voiceover, delivered by soccer star Megan Rapinoe.

Nike’s ad, created by Wieden + Kennedy, stands alone as a dazzling technical accomplishment. But like Apple’s “Underdogs” and London Advertising’s ads, the split-screen approach—which might better be called a merge, or in any case a split-and-perfectly-rejoin—precisely communicates the message: It’s all about teamwork, togetherness, and collective morale. “We’re never alone,” Rapinoe begins, as shots of white and black swimmers on diving boards fuse; her last word is “together.” Thus even the script follows the theme, bracketing the ad with antonyms that effect a perfect unity.