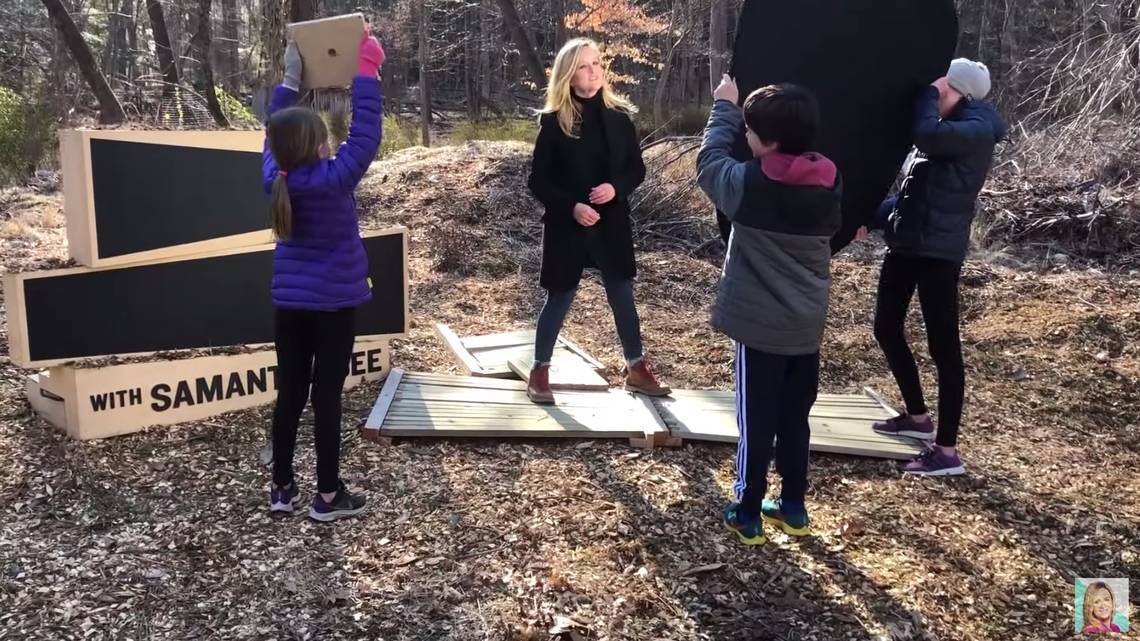 The kids get in the picture

No sooner did Stephen Colbert welcome actor Jake Gyllenhaal to his talk show in late April–host and guest both appeared remotely from their respective homes–than Gyllenhaal put his finger to his lips, leaned into the screen, and quieted Colbert with a nursery-volume “Shhh!”

Sleeping kid? That wouldn’t have been a surprise. One presence rapidly establishing itself on television lately is family. From the news to talk shows to Saturday Night Live, screen personalities have retreated to the safety of home, where they’ve set up makeshift broadcast studios—and they’ve gotten their spouses and kids into their acts. Not always on purpose, but with unfailing charm. The innocence and playfulness kids bring to the screen, especially from the familiar surroundings of their own houses, are a sure uplift; and the intimacy they’re sharing with viewers is a comfort in uncomfortable times.

The Jimmies, Fallon and Kimmel, have had their faces (and opening titles) comically redecorated by their young daughters, and Colbert himself applied a makeover by raiding his wife’s cosmetics bag. For Fallon’s At Home Edition, his wife is “the production scout, the producer, the lighting person, the editor, the director,” he said: “The brains behind this whole thing.” Family can be the brawn as well: Samantha Bee’s outdoor broadcast from the woods somewhere near her upstate New York house featured her husband as cameraman and her kids holding up the prompter and light reflector. Quick-format television is quickly becoming a family affair.

Except that Jake Gyllenhaal doesn’t have children. So “why are we whispering?” Colbert asked him (in a whisper). Gyllenhaal leaned in close and whispered back, “I have sourdough rising.”

Three minutes of lively and entertaining discussion ensued about the technicalities of bread baking. Colbert finally wrapped up the subject with the quizzical conclusion: “I have no idea what motivates anyone to watch television anymore, but it’s possible either that this show is getting Super Bowl ratings, or people are scrambling for the remote right now to click over to anything else.”

The former is impossible, of course, but the latter seems increasingly unlikely. Audiences are quickly developing a fondness for family or anything that resembles it, even a loaf of bread that happens to be napping within arm’s reach. Many of us are working right where we live these days. The forced merger of our domesticity with our productivity may have taken us by surprise and required improvisation and on-the-fly accommodation; but television is showing us that our families may very well belong right in our shooting scripts, no matter what we’re broadcasting.