Unless your family has about four or five top-secret family pasta dishes that have been passed down for generations of which only your mom and grandma know the full recipes and keep stowed away in the recesses of their brain, you probably don’t find yourself bragging often about your pasta-making skills. In fact, getting that al dente perfection is an art that baffles most… primarily because seven to ten minutes seems so short and so long at the same time. One minute it’s tooth-cracking hard and the next it’s mushy goo that you’ll eat anyways because così è la vita. 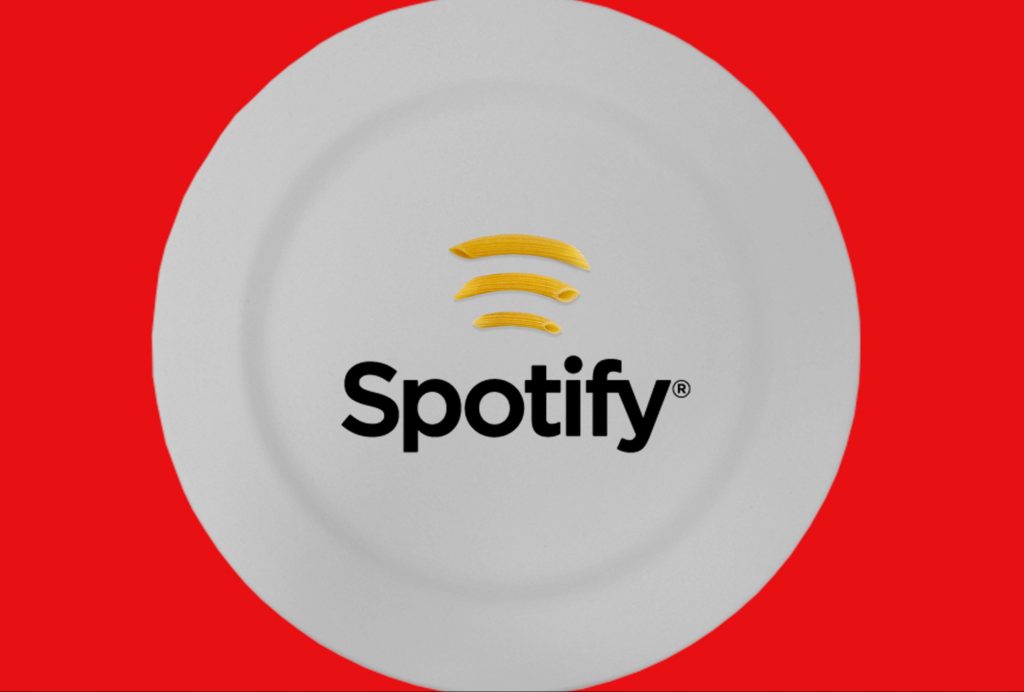 Season to Taste with Spotify

Barilla feels your pain, which is why they partnered with Spotify to create several playlists that last just as long as you’re supposed to cook your pasta. Here’s a pro tip for all of the pasta newbs out there: cook times for pasta varies depending on the noodle. Taking that into account, Barilla has playlists for every type of pasta product they offer from linguine to macaroni to fusilli.

Just as no pasta is alike, no playlist is alike either. You’ll find a wide range of music from classical to make you feel like you’re dining streetside in Rome (or maybe you’re hallucinating because it’s been so long since you’ve eaten anywhere outside of your house) to dance that will have you ready to burn off those calories in a disco where everyone is hopped up on nicotine and espresso (this is Europe, babe. That is dessert.) to Jay-Z (because Hov is international).

And to really bring home that Italian experience, there’s even a notification message during the playlists entirely in Italian so you can say, “Uh… English, please!” and be met with confused silence just as you would if you were in Italy. While the author does not speak Italian, she has consulted with a friend that does and was informed that the notification is simply telling you that your pasta is finished and is not, in fact, bemoaning you for being unable to speak the native tongue of the country that you are virtually visiting.

It’s a simple and effective marketing campaign that likely costs Barilla very little and somehow also finds a way to actually be helpful to audiences– a task that is far easier said than done these days– while inserting themselves into a moment. Mealtime, no matter how rushed, is one of the few givens you’ll have in a day. Your day may not go as planned but you can always take satisfaction in the fact that you’ll be eating at some point. Sometimes, mealtime is the only shining moment in our day.

Barilla’s cook time playlists are particularly fitting during a time when more people are finding themselves in the kitchen, trying new dishes, and refining their culinary skills. It also speaks to how well Barilla understands the audience they’re trying to reach. Nearly 40% of Spotify users are under 30 meaning many of them are just emerging from a food hall and ramen diet with a slightly more expendable income and a taste for some Instagram-worthy meals. The kids are calling it “adulting.”

Barilla isn’t the only company that recognizes the power of mixing beats and eats. Spotify has found itself as the go-to music platform for brands looking to score munching moments with music, particularly in the last year. 2020 was an innovative year for brands to discover new ways to connect with people and create moments while still encouraging people to stay home. Chiquita bananas started to include a scannable code that allowed audiences to connect to curated playlists and remixes of their original jingle from 1950. Red Lobster developed a playlist that set the mood for a sexy seaman’s date night in the dining room. No shanties made the cut, unfortunately. And realizing summer might be lazier than ever last year, Late July, sponsored Spotify’s “Summer on Spotify” playlists as part of their “Bring out the Good Chips” campaign because nothing says summer more than chip, dip, and tunes.

Take The Jingle and Make it a Jam

While Spotify is certainly a tool for brands to create a musical moment and make audiences bounce while they eat, it’s not the only option. They can also go big and create entirely new music.

In 2018, Wendy’s, the fast-food chain that features the smiling, freckled face of one of the US’s most famous red-heads, surprised everyone by showing that even though their patties may be square, the brand is anything but by dropping a five-track rap album titled, We Beefin’. The album followed the release formula of another famous mononym, Beyonce, and was released without fanfare much to the shock (and after sitting through the ten-minute album) delight of Wendy’s fans.

Unlike Barilla’s Spotify cooking playlists, however, this release didn’t quite seem as directly connected. Wendy’s meals are already prepared so the album wasn’t an accompaniment to mealtime cooking. The music on the album was all original with “Wendy” spitting heat hot enough to light up the fryer.

What exactly was the angle here?

A quick look at Wendy’s Twitter account would key you in. For years, Wendy’s Twitter strategy has been different than most brands. They’ve embraced the culture of the internet and created a personality designed to be meme’d, quoted, and shared. In fact, they were one of the first brands to realize they could be more than a fast-food restaurant on the internet. Just like the rest of us, they could be whomever they wanted to be so @Wendys became a full-on personality. It’s actually quite common now to see brands developing a personality behind their online accounts. Take a look at Slim Jim on Instagram or Denny’s on Twitter or the Steak-Umm effect.

@Wendys feels like a brand talking to you, not at you. Following the account means you’ll get more than advertisements about bacon covered burgers and alerts about new deals, it means you’ll get tweets that are actually funny, in the moment, and occasionally ready to start some online beef with a certain clown or king. In short, Wendy’s had already built an online persona that felt like it had interests, personality, and opinions so a mixtape made complete sense.

This Is Your Happy Place

If there are two things everyone can agree on, it’s how great good food and good music make us feel. Pairing the two? Why that’s a **chef’s kiss**.

Having a good meal or enjoying a song releases dopamine. You just feel better. Advertisers combining food and good music isn’t coincidental and it’s certainly brilliant. No one needs to necessarily be sold a box of pasta or a hamburger. It’s a given that they are delicious. What these brands are banking on is that the next time you hear a song from one of their playlists, you’ll want to open a box of Barilla, or the next time you want to feel better, you’ll grab some Wendy’s and queue We Beefin’. The dopamine of the great time you had last time all comes rushing back.

It’s just as Maya Angelou said, “…people will forget what you said… but people will never forget how you made them feel.” Go down the aisle at the grocery store and you’ll be met with lots of pasta options just as there are many fast-food burger options. Next time you find yourself making a food purchase, think about why. You’ll find the answer usually has less to do with price and more on how it made you feel at some point in your life.

What can you cook well? Ideas. Too bad that only feeds the mind and not the body. I am hungry. At what job would you be terrible? On-camera audience member. I just wouldn't have the elated enthusiasm for a $50k check that wasn't for me or the shocked disappointment over a celebrity's drug admission. Try as I might, I just can't find it in me to physically emote over the happenings of talk show guests I don't know personally. Best advice to share? Allow me to quote the Greek Winged Goddess of Victory (or shoe brand with some of the greatest commercials ever), Nike: “Do it.” We're all just one decision away from our best life or prison. Only one way to find out. With that said, it looks like I've used up my allotted internet time for today and I need to get back and claim the top bunk before my cellmate does. She's got the night terrors. If anyone would like to contribute to my commissary account, I'll leave details below.

Children Are The Future

A West Virginia of the Mind

Postcards from the Edge

Putting the U in F*CK

If You Believe It, Show It