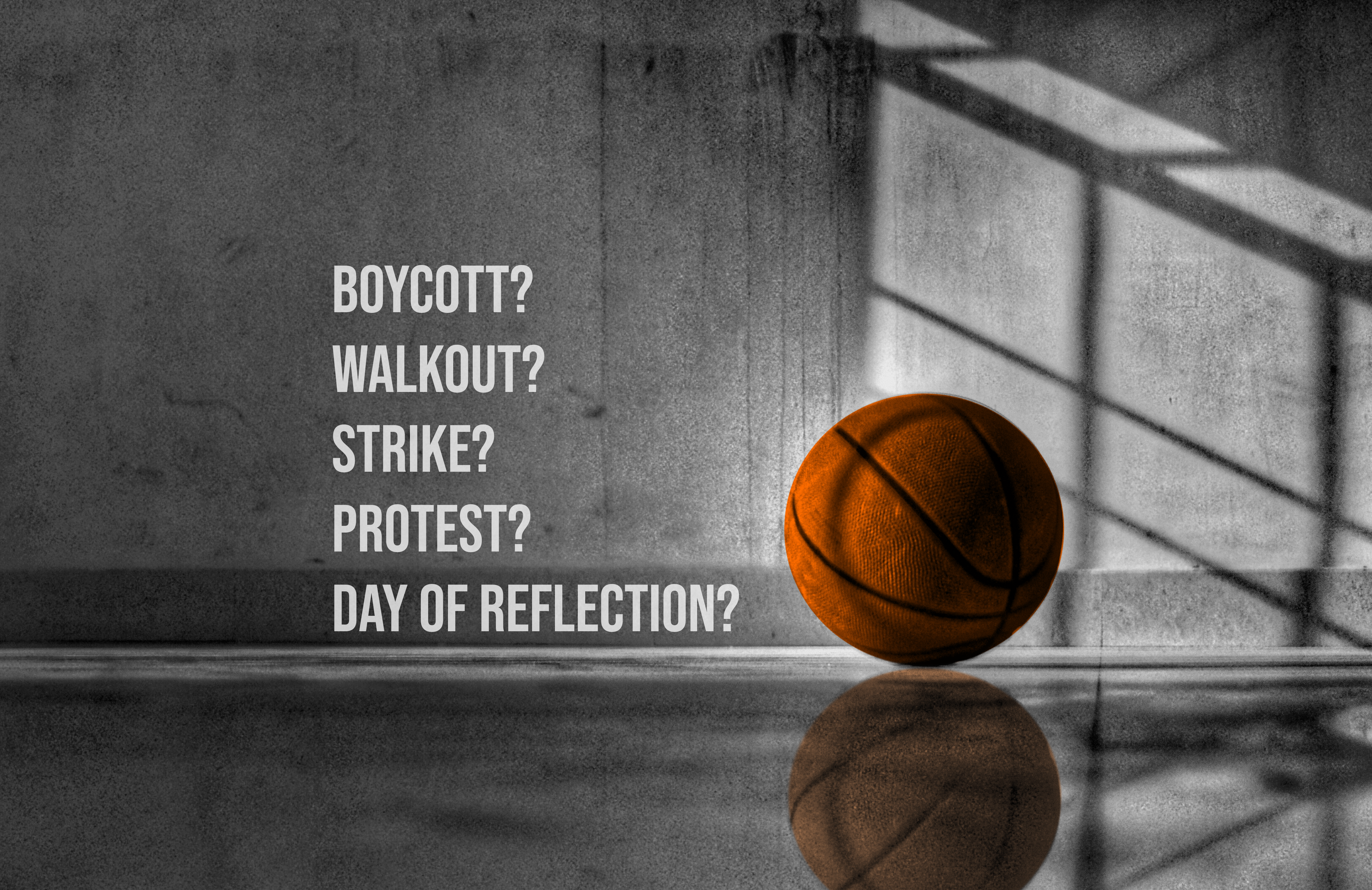 In pro basketball, the power of words

The first two installments of this series looked at the social and political impact athletes have made by sitting out of their scheduled games: Naomi Osaka in tennis, and the entire WNBA in basketball. To those examples could be added the men’s NBA. On the same night as their WNBA counterparts, the Milwaukee Bucks also chose not to play–a high-stakes playoff game, as it happened–in protest of the police shooting of Jacob Blake in nearby Kenosha, Wisconsin. The rest of the NBA followed the Bucks’ example; as with Osaka’s sit-out, the entire slate of games was rescheduled. (Players agreed to resume the playoffs only after the NBA committed to the joint formation of a social justice coalition.)

Under the same spirit of protest, 11 Major League Baseball games were not played from August 26-28. Strictly speaking, the games were not canceled, but rather postponed: they were all eventually played. Nor were all the postponements the result of protests. Some MLB games were rescheduled when players tested positive for the coronavirus; others had to be called off due to raging wildfires on the west coast that made the air unfit to breathe. “In these uncertain times,” as the already-familiar phrase goes, the importance of establishing basic terms is greater than ever. That includes whether the times are really, at this point, all that uncertain. For many and perhaps most people, in all walks of life, what to do today and how to go about doing it is quite clear. The messages delivered from some important organs of communication in American life — messages of divisiveness, doubt, and denial — have the result, if not not the avowed intent, of sowing more uncertainty, for self-serving purposes.

Another reason to be clear about terms is that language itself has become very important here. The widespread sports sit-outs in late August were originally called boycotts by most mainstream media, including the Washington Post; but no less prominent a political figure than Alexandria Ocasio-Cortez herself corrected the terminology. “NBA players are courageously on strike (withholding labor),” Ocasio-Cortez tweeted, “NOT boycotting (withholding their $ /purchase). The diff[erence] is important [because] it shows their power as *workers.*

“WNBA organizing in this moment MUST be recognized too,” Ocasio-Cortez added. Yet it was interesting that WNBA players chose yet another, less pointed term for their organizing. An official player statement regarding the August 26 sit-out, read on camera by Los Angeles Sparks star Nneka Ogwumike, clarified: “This is not a strike. This is not a boycott. This is affirmatively a day of reflection.”

Much as a postponement has a more tempered connotation than a cancellation, the phrase “a day of reflection” unquestionably, and very deliberately, softened and broadened the quality of the WNBA’s coordinated protest. Rather than using pointed refusal to make demands, which is the nature of strikes and boycotts, the athletes were instead donating time–time for anyone and everyone to reflect–in a moment of accelerating conflict that seemed to be reaching dangerous levels of charge.

It’s possible that Ogwumike’s clarification had am at least auxiliary legal purpose: to stay clear of a possible contractual trigger if a word like “strike” were used. But that disclaimer, too, informs the WNBA’s message: Ocasio-Cortez’s comments notwithstanding, the players were protesting outside the purview of the labor the perform; they sat out on August 26 not as workers but as people. It was another example of the careful establishment of crucially important terms.

Riot or protest? Nationalists or terrorists? Quarantines or lockdowns? These words not only orient how we see things, as they did in the case of the WNBA; they may have practical consequences. Was it mere coincidence, in June, when the Capitol Hill Autonomous Zone in Seattle renamed itself the Capitol Hill Organized Protest, that it almost immediately began to fall apart? And how peculiar is it–and perhaps more than a little revealing–that more than half a year into a pandemic our population and government remain unable to work as one to control and subdue, we still do not refer to the virus that has caused it by a single, agreed-upon name–and, even more peculiarly, virtually never by its official name? If we fixed its term accurately, could we get a better grip on stopping it? The worst mistake we can make with language is to be vague with it. And our best chance to get the story straight is to take words as physical actions, and react upon them accordingly.