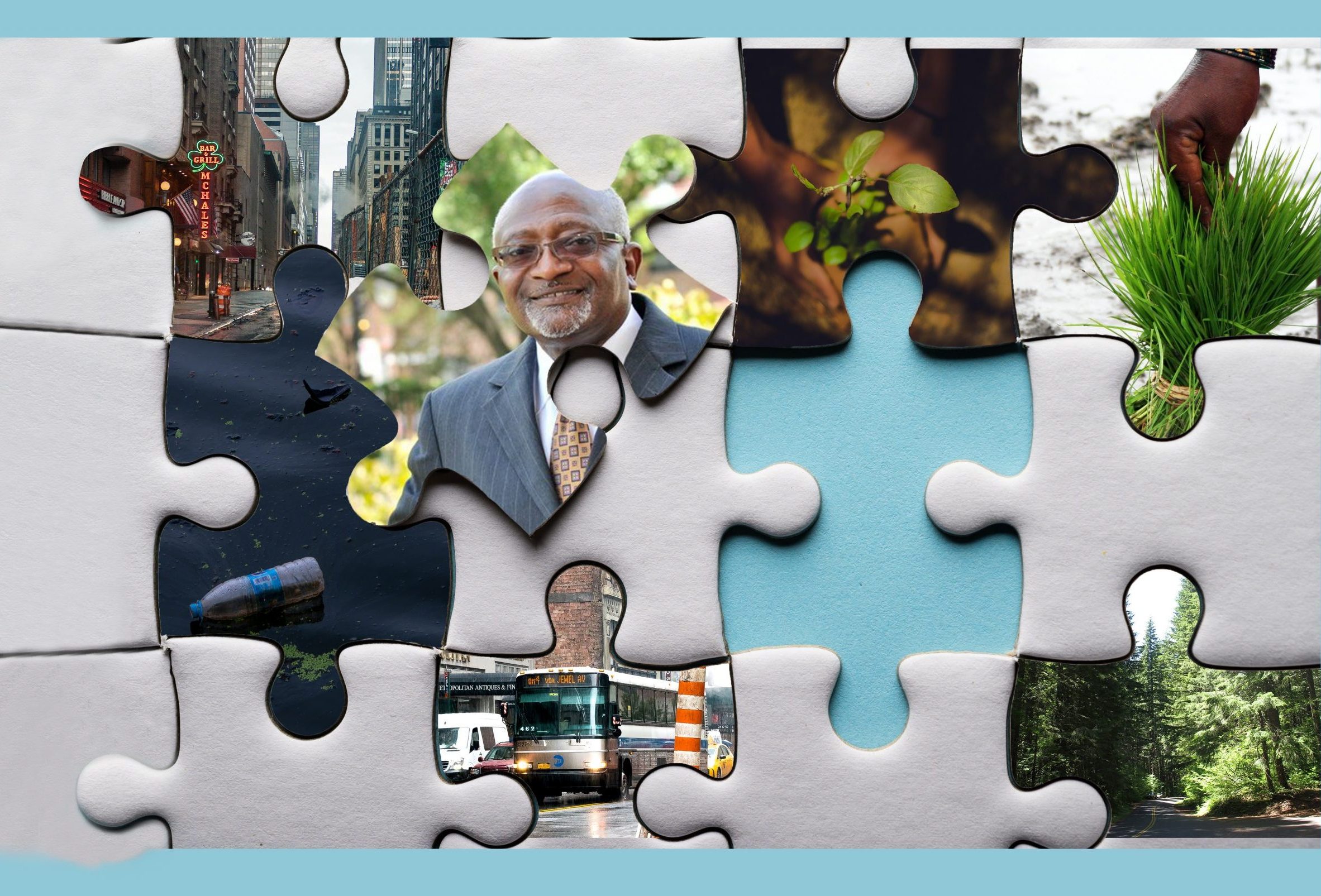 Long before “I can’t breathe” drew an explicit connection between race and the environment, there was Dr. Robert Bullard, the “Father of Environmental Justice.” Bullard was at the vanguard of awakening us to an overlooked piece of the sustainability puzzle. Nowadays, in fact, he stands as one of the key pieces. And the nature and impact of his work connect to issues that affect anyone in the business of reaching audiences.

Bullard, who recently turned 74, works at the axis of activism and academia. He is Distinguished Professor of Urban Planning and Environmental Policy at Texas Southern University (and the former Dean of its School of Public Affairs).

He found his calling virtually by accident — you could say it found him. Just two years out of graduate school with a doctorate in Sociology, he was asked by his wife, Linda McKeever Bullard, a civil rights lawyer, to help her collect data for a lawsuit she had filed.

“A company had decided to put a landfill in the middle of a predominantly Black, middle-class, suburban neighborhood where 85 percent of the people owned their homes,” Bullard said. “Of course, the state gave them a permit, but the people said ‘no.'”

Doing research in support of his wife’s litigation (which is thought to be the first-ever civil rights suit to target a landfill), “I saw that 100 percent of all the city-owned landfills in Houston were in bBack neighborhoods, though Blacks made up only 25 percent of the population.”

He soon recognized that much of American economic life, even in the post-Civil Rights era, was organized around pursuing racial injustice via environmental means, from exploiting geographical methods of preserving segregation to urban infrastructural practices that contributed to Black Americans’ disproportionate health problems compared to whites. (And Bullard has been a strong voice in broadcasting the message that Black Americans are dying of COVID-19 at a much higher rate than the country as a whole.)

Bullard’s entire career has since been dedicated to identifying these often overlooked prejudices — has published 18 books on environmental justice — and working to combat them through social awareness, legal action and federal policy change. He was an integral part of the council that supplied the data and impetus for President Bill Clinton’s signing of 1994’s historic Environmental Justice Executive Order, which required that every federal agency “make achieving environmental justice part of its mission by identifying and addressing, as appropriate, disproportionately high and adverse human health or environmental effects of its programs, policies, and activities on minority populations and low-income populations.”

The Executive Order brought environmental racial justice into the mainstream. A quarter century later, in the ferment of the past year, it reached the headwaters. Racial awareness is now prominent in initiatives and messaging across the commercial and nonprofit sectors, and Bullard has helped us see ways in which this prominence has to do with sustainability — for all of us.

For example, Bullard drew awareness to the way public transportation, a key sustainability vector of our time, has historically left low-income and Black communities underserved. The economic consequences of this treatment (which is a cousin to redlining) have damaged both the health of the communities and the growth of public transportation. It’s a question of sustainability because both the service and the served are undermined, and neither can stay healthy under conditions of separation, marginalization, and neglect. This is the key here: to understand that racial injustice affects each side of the line — that racial injustice is the line. It’s what separates neighborhoods, communities, and audiences, and imperils them both. So much of 2020 was about efforts to do away with that line. Dr. Bullard was one of the first to open our eyes to its existence, and to urge us to remove it.