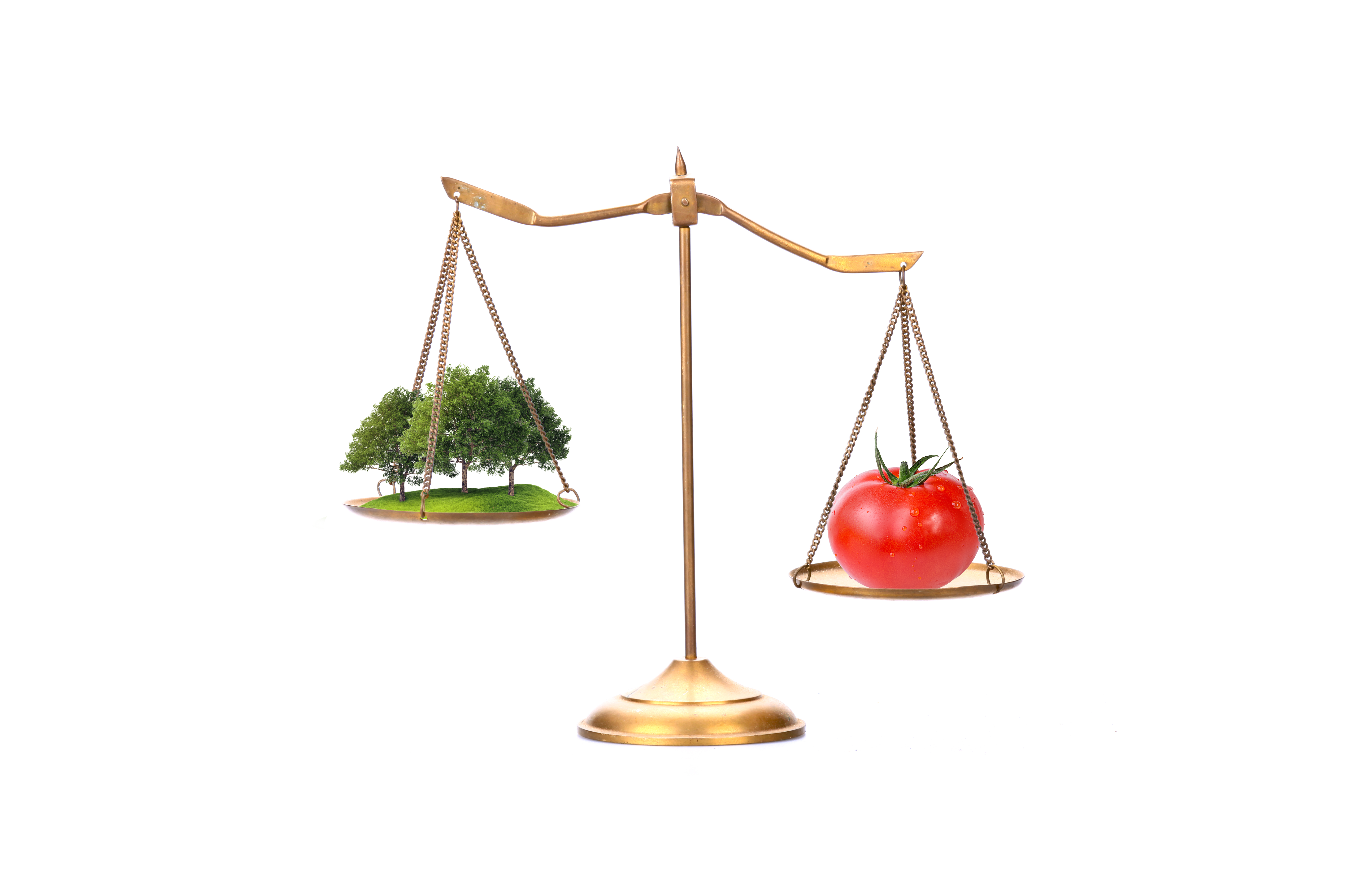 There's opportunity in what feels impossible

In the NBC series The Good Place, Ted Danson’s character Michael is the architect of heaven, to which we humans gain admission by accumulating points for upright moral conduct during our years on earth. But–[SPOILERS!]–in a pivotal moment of the series, it’s revealed that no one has earned their way into heaven for centuries, and Michael has figured out why: because it’s impossible. Even the seemingly innocent act of shopping for food, he explains, docks points from the consumer’s Good Place account.

How can we make sustainable choices when each one is canceled out by dozens of unsustainable ones with every purchase? Far more than dozens, in fact. There are almost as many sustainability choices as there are people making them . While that may sound dizzying, most of the decision points at which we find ourselves are actually empowering.

We can start by pointing to some basics that are well within range when we talk about consumer life. First, anything made fast and cheap is almost certain to have been unsustainably produced. We know we should limit our fast and processed food purchases, if we can afford it (but hundreds of millions of people can’t). We also know that, like fast food, fast fashion is something to avoid, when possible. We can’t always. It happens.

It may feel like a total disaster, but the pandemic has actually been a fertile paradox: at once a crisis of outdated models and an opportunity to establish new and healthier ones.

More broadly, industrial-level livestock production and fossil fuel consumption are the two worst things for the climate. For the vast majority of human beings, eating less commodity meat and driving less often (and less far) is an ethical imperative. If we’re among the small percentage of the global population who can afford air travel, we should try to use it sparingly–and perhaps not at all in a pandemic-altered world where long-range virus transmission isn’t merely unsustainable: it’s irresponsible and can be lethal. (If you’re in charge of a corporate travel budget and have not sharply reduced it, please do, if you can.) This locked-down year has actually yielded–even forced–a liberating discovery: that online meetings, virtual sales calls, and other remote business dealings can save huge amounts of time and expense. More importantly, adopting these practices en masse can help save our very life on earth.

That’s just one example, among so many realms of commerce and society, of ways in which adapting to the challenges of the pandemic–a virtually unprecedented global threat to modern sustainability–has exposed both pre-existing problems and their ready solutions, both of which had been hiding in plain sight all along. It may feel like a total disaster, but the pandemic has actually been a fertile paradox: at once a crisis of outdated models and an opportunity to establish new and healthier ones. Sustainable thinking means recognizing that.

So let’s stop wringing our hands over the vexation of making an ethical tomato purchase, not only because it’s impossible but because sustainability is so much bigger than that. It’s bigger, too, than several major retailers recently dropping a brand of coconut milk after its producer was reported by PETA to have been using chained up monkeys to harvest the coconuts (good on the retailers, of course, for making that obvious, categorical but powerful choice and statement of values).

Sustainability requires diversity in both theory and practice. There is no one right choice; in fact, it may be that the more choices there are, the more sustainable life can be.

The bigger issue is one of polarization: the rash misperception that almost everything must be either all good or all bad, that one side is absolutely right and the other absolutely wrong. (It unfortunately feeds our prevailing partisan political acrimony.) The most empowering thing about making sustainable choices is that they depend almost entirely on individual autonomy and uniqueness: who you are, how you live, and what you need. And that changes from day to day, year to year. So will your values. How you make sustainable choices will change with them.

And that gets at an important facet of sustainability, our very conception of which needs to be redefined–and not only redefined but given multiple definitions. Sustainability requires diversity in both theory and practice. There is no one right choice; in fact, it may be that the more choices there are, the more sustainable life can be. We all know that raising dairy cattle is bad for the environment, and that, for a lot of people, a dairy-heavy diet is unhealthy. But if we all started drinking almond milk tomorrow, other environmental damage would ensue.

The world is probably best off if some of us drink real dairy and others dairy substitutes — the whole range, from grain to nut — under production that is as well-managed as possible. We need everything we have, in order to maintain balance. As the sustainability writer Megan Mayhew-Bergman recently told Adapt, “when a certain tree goes away, or a species goes away, the ecosystem starts to fall apart.”

And “ecosystem,” here, can perhaps be doubly defined to mean “economic” as well as “ecological” system: We can diversify and expand our very language surrounding sustainability, starting with its definitions and going all the way up the communication chain to concepts, movements, and phenomena. Efforts in this direction are in fact already underway, for example at the UC Santa Cruz Center for Public Philosophy. The Center’s Language of Conservation initiative proposes that “the discourse that has dominated world-class conservation for the last three decades has undermined well-meaning efforts to promote biodiversity,” and calls for all sectors of commerce, science, and government to “work together to push through the current limits of our language.”

Ultimately, sustainability isn’t about flora and fauna, water or plastic. It’s about humans: from the life of each individual to the species as a whole. Homo sapiens is as endangered as any other creature on earth, and we are no ultimate threat to our habitat. “We need this planet more than it needs us,” as Mayhew-Bergman succinctly puts it. (For the long version, with swear words, see the legendary George Carlin.)

The Good Place is a reminder that each of us is here for a mere nanosecond of geologic time. No one remembers the tomatoes we buy for very long; we remember the stories we tell about it. Those are what effect change in the here and now, and remain in the traces we leave to the hereafter, so those who succeed us can learn from both our victories and our mistakes. In our work as communicators, this may mean simply that we need to tell diverse stories, and offer a range of ways into different behaviors. It may mean that stories about our selves, not just about our commerce, and stories about non-spending — choosing, for example, to put the tomato back on the shelf instead of buying it — are forms of sustainability communication that send an authentic message in a time of greenwashing. And it may mean that we don’t need to sound the alarms so much as speak calmly, openly, and practically to our audiences, and encourage them to feel not overwhelmed but, on the contrary, empowered.