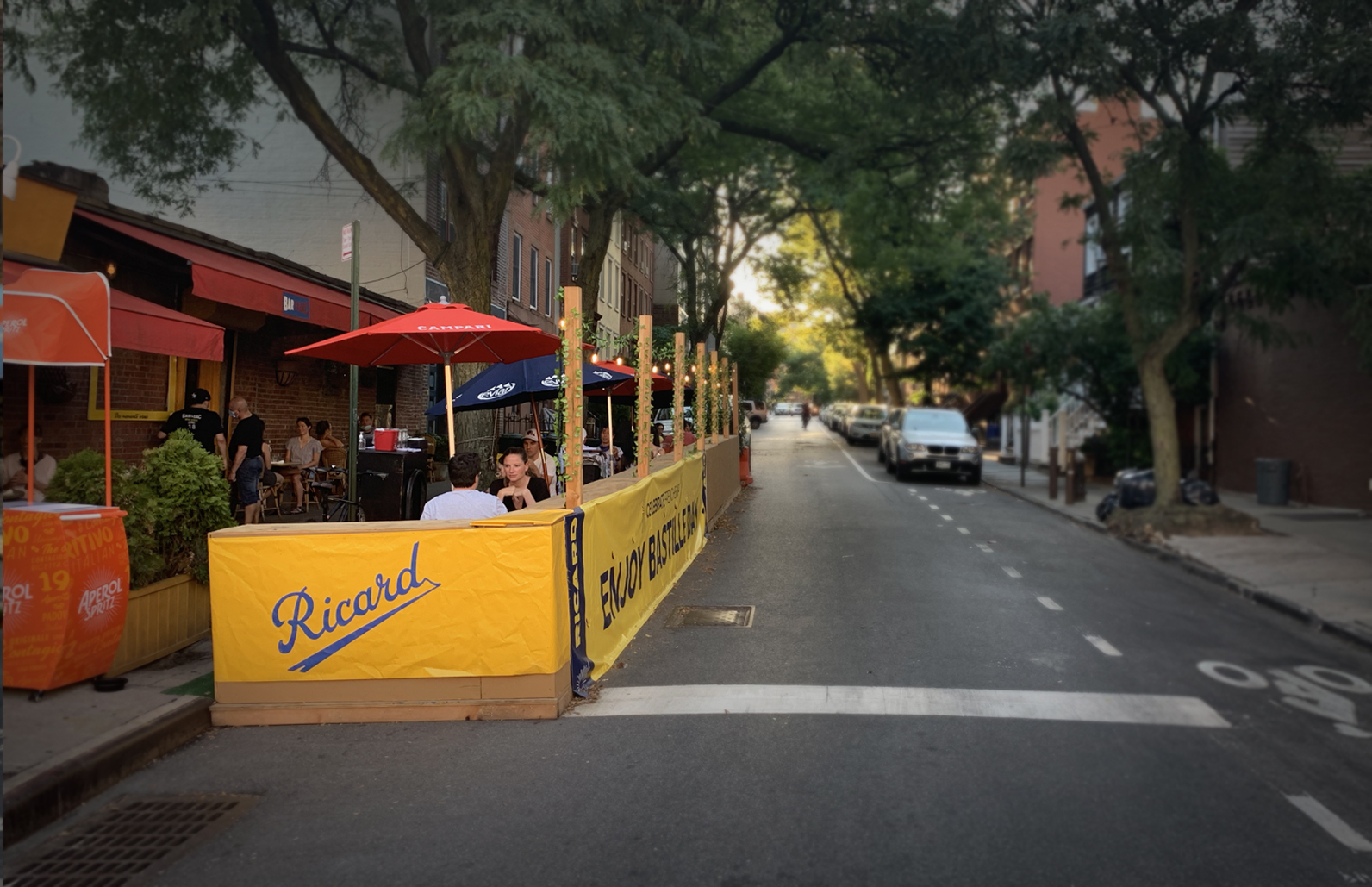 Restaurants move outdoors; can they move cars aside?

Much of the American restaurant industry is in a state of borderline emergency, especially in places where indoor gathering is still prohibited. From March through May, the combined losses were estimated at $120 billion.

Some cities have responded by making it easier for restaurants to expand outdoor seating. A permitting process that once could take months on end to complete can now be comparatively breezed through, in many cases. Not only have tables appeared in greater number under awnings and on sidewalks, but some restaurants have converted parts of their parking lots into dining areas; and where there is public urban space like parks and plazas, municipal governments have relaxed restrictions and allowed, even invited, restaurants to expand into these al fresco areas.

The final frontier, of course, is the street itself. In car-obsessed America, the idea of closing streets to vehicles and pedestrianizing them long-term, or even permanently, is a tough sell, to say the least. But it is starting to happen here and there. With restaurants as a vehicle, so to speak, we might be able to shift the national conversation about our dependency on the automobile into a higher gear. Indeed, an expansive polemic, buttressed by vivid graphics, arguing for a total ban on privately owned passenger cars in Manhattan recently appeared in the New York Times — even as that same paper published a skeptical story, just three weeks earlier, about restaurants moving out of doors and into the streets, where the article worried they were “disrupting neighborhoods and costing cities much-needed tax revenue.” (The conservative story nonetheless manages to see the adaptation as a net positive.)

One thing is sure: America lags far behind the rest of the world in its disposition toward pedestrian life. In Paris, Mayor Anne Hidalgo rested part of her successful bid for reelection on a broadly popular program she implemented to reduce automobile traffic in the city and remap it in favor people on foot. For years, Singapore has operated an efficient toll system on cars as they get closer and closer to the city center. (Also, automobiles there cost enormous sums to buy, discouraging ownership — which for most citizens is unnecessary due to Singapore’s outstanding public transportation system.) And even in small or far-flung cities, from Albania to Azerbaijan, it’s virtually pro forma now to find pedestrianized streets where people dine, shop, walk, and enjoy car-free urbanity.

The irony of our heavy automobile traffic, of course, is that although it tends to run roughshod over the experience of daily life, most of it proceeds at a crawl, thus negating much of its putative advantage over other forms of commuting. What has been merely crawling along in your business, causing backups, wasting time and resources, snarling communication? If you took away the bumper-to-bumper procession of outdated, congested ways and inefficient means, and gave the way forward back to people, would you not then thrive? This is arguably the essential question of the current potential for evolution, not to say revolution, under our present conditions. Everything should be on the table right now, including whether the table should be on the street.