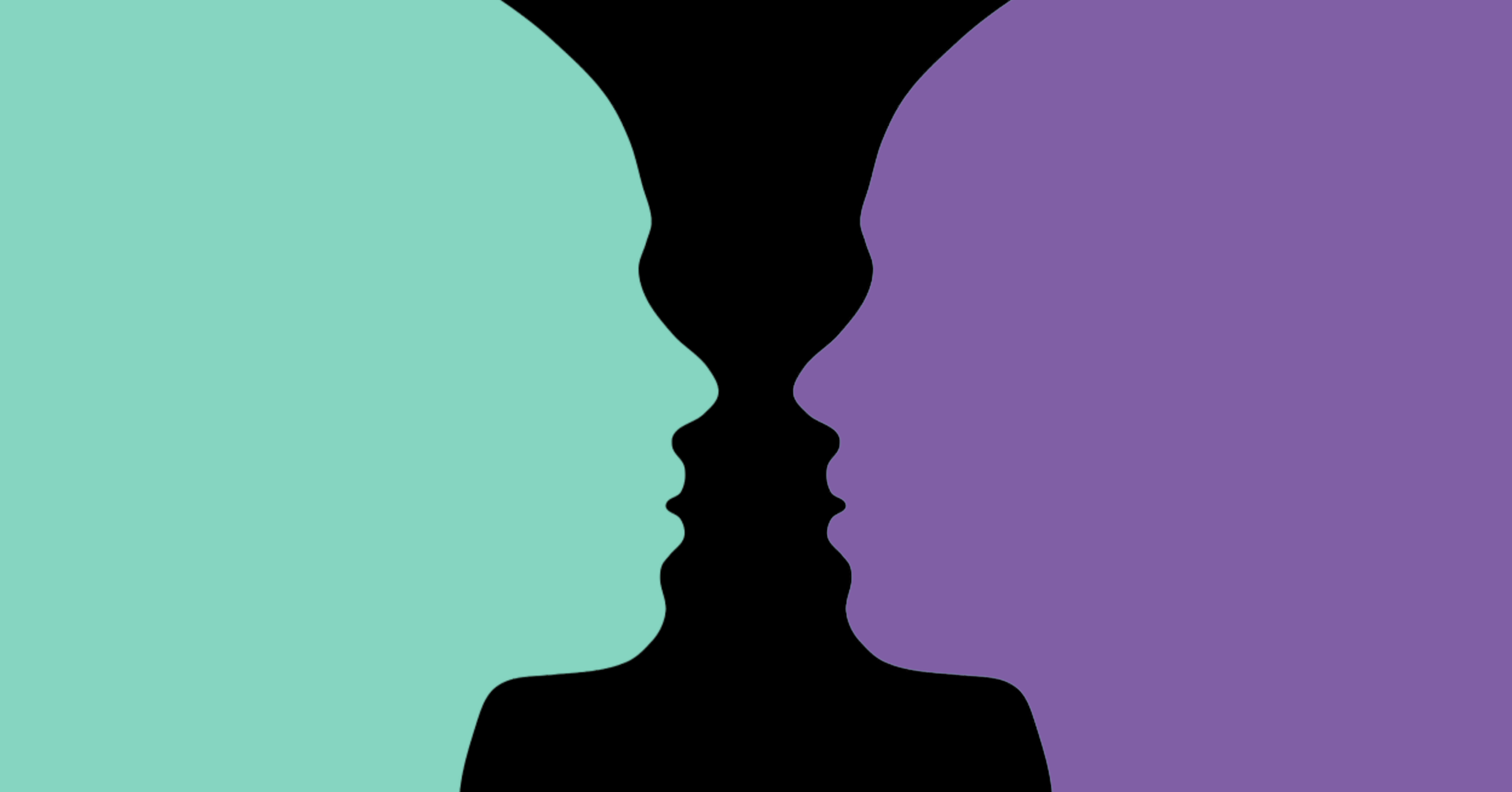 How could you think that way?

It’s so obvious! I don’t see how anyone could miss it.

Why in the world would you do that?

One of the hardest things we ask ourselves to do is see something from someone else’s point of view. Remove our own biases and experiences and try to consider something from an unfamiliar viewpoint. It’s hard to get out of our own heads. We do live here after all and can’t really help the way we see something. Our perspectives are unique to us. They’re made up of a variety of moments that are a result of our upbringings– education, values, culture, past experiences, present circumstances.

We’re essentially living in a reality that we’ve created for ourselves. What even is real?

Imagine this: You enter your local froyo shop on a hot summer day (or maybe it’s a breezy winter and you like to eat froyo in a puffer jacket). As you make your way to the register with your beautifully concocted frozen treat, you notice sugar-free cookies by the register. Do you

It’s a weird question for sure, but go with me.

This sugar-free cookie scenario was a moment that happened to pop singer, Demi Lovato. They chose violence (option C) and took to Twitter to complain about a local mom-and-pop yogurt shop selling sugar-free cookies and “other diet foods.” Lovato felt the sugar-free cookies were promoting diet culture and should be removed as they “prepetuate [sic] a society that not only enables but praises disordered eating.”

The yogurt shop responded to Lovato’s social berating by explaining they provided sugar-free cookies and other alternative options not as a way to promote diet culture, but as an alternative for those who may have specific dietary needs. “We carry items for Diabetics, Celiac disease, Vegan and of course have many indulgent items as well.” 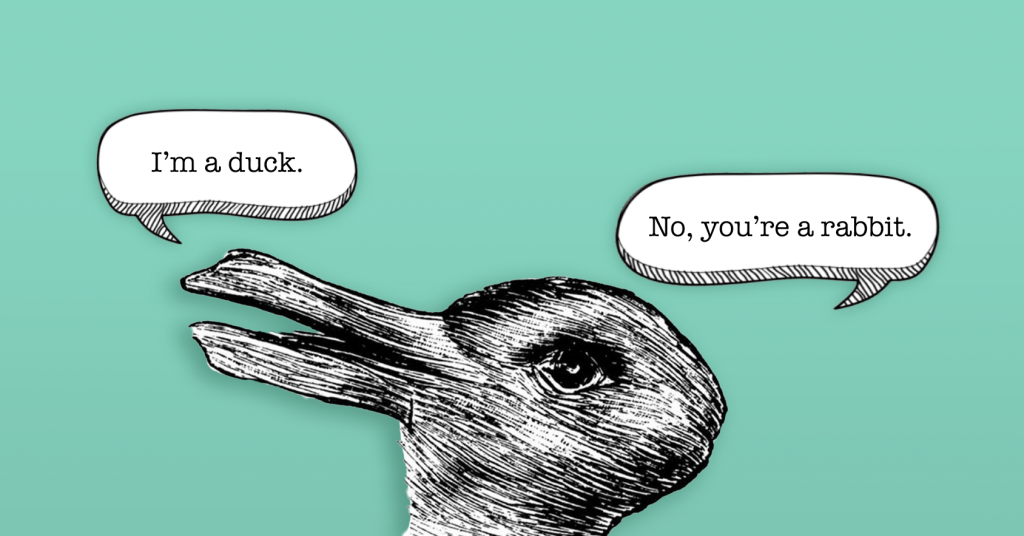 Lovato was lambasted on social media for the take as most people felt they were not only raising an issue that didn’t need to be raised to millions of people (Their Twitter following alone reaches over 54 million so a bad review from her wouldn’t have served the shop well), but Lovato had failed to think outside of their own experiences to consider people who may have special dietary needs.

While Lovato did deserve some heat for the comment, it’s also important to consider their history. Lovato’s perspective was coming from someone who has openly struggled with an eating disorder over the years. Their perspective in seeing sugar-free cookies immediately went to a place of diet and weight-loss because of their past experiences. While we don’t know much about the owners of the froyo shop, it’s probably safe to assume that they have likely had a relationship or encounter with someone who had an alternative diet, which caused them to include this audience when thinking about their menu options. Even things as small as how we perceive sugar-free cookies are shaped by our perspectives.

Effectively reaching all types of perspectives as communicators can be a difficult balance to strike. We may think we’re hitting the mark when it turns out the mark was actually fifty feet to the left.

Something as innocent as offering a sugar-free option so everyone can enjoy the deliciousness that is a cookie can be taken the wrong way. And often, there isn’t a thing we can do about proactively preventing misinterpretations.

What we have to work toward is ensuring that the people we’re trying to reach understand our message. There isn’t a communication panacea for every type of person out there. Someone is always going to perceive it in the way we didn’t intend and be offended. In fact, some make careers out of it. What we can do is work to build a space where different perspectives are not only taken into account, but used as a tool to expand the perspectives of everyone.

This work is most effective when it’s started young. Remember, perspectives are made up of our respective experiences, which is why being exposed to as much of the world as possible early on, makes for adults with broader perspectives. Think back to your own childhood and your understanding (or lack thereof) of the world around you. Think about when it suddenly clicked and made sense to you or even when you started to see things differently.

Sesame Workshop recently introduced a new four-part documentary series, “Through Our Eyes,” which tackles tough subjects through the eyes of children. Topics include homelessness, parental incarceration, military caregiving, and climate displacement. These are topics many adults can’t even effectively speak on so imagine how a child must understand them. We, unfortunately, live in a world where children are now exposed to and are impacted by real world issues at a very young age.

“Through Our Eyes” is designed as a co-watching experience for parents to watch with their children and be available to answer questions and have conversations. It’s designed to increase understanding and awareness by speaking to children about tough subjects in a way that they can understand via children just like them.

We can better understand different perspectives when we’re able to find a bit of ourselves in the other person.

The shared relatability binds us allowing us to better see ourselves in a similar position.

The perspective of a child and the innocence behind it as a result of truncated life experiences isn’t often considered by adults, particularly those that aren’t parents. Kids are pretty perceptive, however, and they’re also extremely malleable. Those early experiences set the foundation for a child’s adulthood.

I once had a coworker reveal to me that she didn’t have a single Black friend until college. This confused me to the nth degree. It took her nearly two decades to find a Black friend? Besides the rogue microaggression here and there, I didn’t take her for a racist. She explained it wasn’t for her lack of trying.

“But you knew we existed, right?” I had to assess just how many colors of the wind we were painting with here.

“Yes, of course. I just grew up in an area that didn’t have many Black people or people of any other races besides white around so I wasn’t able to make friends that weren’t white.” 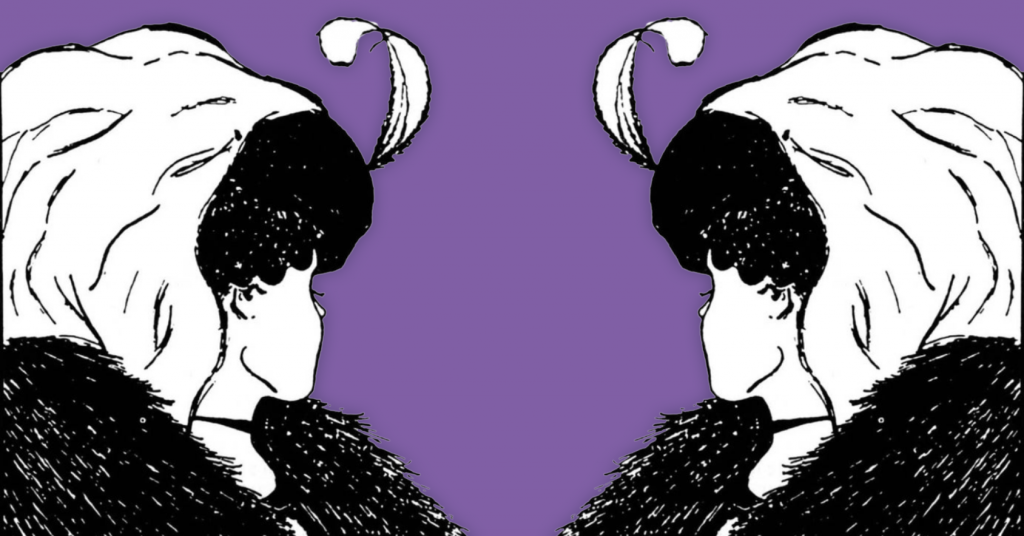 This moment in the white man’s corporate America actually served as an eye-opening time for me. While I understood there were white Americans who grew up in isolated communities where everyone looked like them, I just assumed those communities were pretty much relegated to middle America where truth be told, my people are not as prevalent. We just don’t vibe with a Dakota and a cornfield. Even still, I know some of my people are out there (and I hope to save you all and bring you to Wakanda one day), but this colleague was from the Tri-State area. We exist there!

The moment changed both of our perspectives about each other. From that point on, I understood her a little better and I also made strides to help her better understand me.

To be frank, initially, I wasn’t as patient in dealing with some of her nonsense, but after learning that she came from a perspective that was limited culturally, I saw those moments differently and was able to catch times where I saw her actively trying to grow from her inherited biases. It’s not my or any person of color’s responsibility to teach or try to change someone’s perspective about race (and please don’t ask), but if simply leading my regular life can enhance someone’s perspective, then great.

I thought back to my own upbringing. Like most suburban Black kids, I grew up navigating two worlds, Black and white (at home and at school, respectively). Being so young, I naively assumed everyone was doing the same even though it made zero sense to assume my white friends were going home to Black families or were having Black experiences somewhere. It was dumb. I can’t make good reasoning of it, so don’t ask.

It eventually dawned on me that while I had friends that looked like a package of Skittles, I was certainly the only Black friend many of my white friends had growing up. I was the one they thought of when they were confronted with their own racism and countered by saying, “I’m not racist! I have a Black friend!”

I’m “the Black friend.” I was shaping their entire perspective of Black people. Lil six-year-old me. That is terrifying and a lot of pressure.

There are people everywhere who will never be exposed to the world outside of their bubble, not due to lack of trying, but access and privilege.

We gravitate towards things we like because well, we likes what we likes, but also because we may not have the opportunity to discover new things or we aren’t allowing ourselves those opportunities. We tend to do a great job of finding our worlds and getting comfortable, but comfort often doesn’t allow for the new. As a result, we end up with severely limited perspectives.

Next time you’re faced with an option, consider going for the thing that’s unfamiliar to you. Watch that show about the War of 1812 or the dating show where everyone wears masks. Listen to that chart topping album or the one by the artist whose name you can’t even pronounce that randomly popped up on Apple Music. Read that classic novel or pickup the manga. It might suck or it might be life-changing. Either way, consider it a step toward broadening your own perspective.

No one’s ever going to get it 100% right, but the broader our perspectives, the more people we can connect with as communicators. We’ll all be better for it.