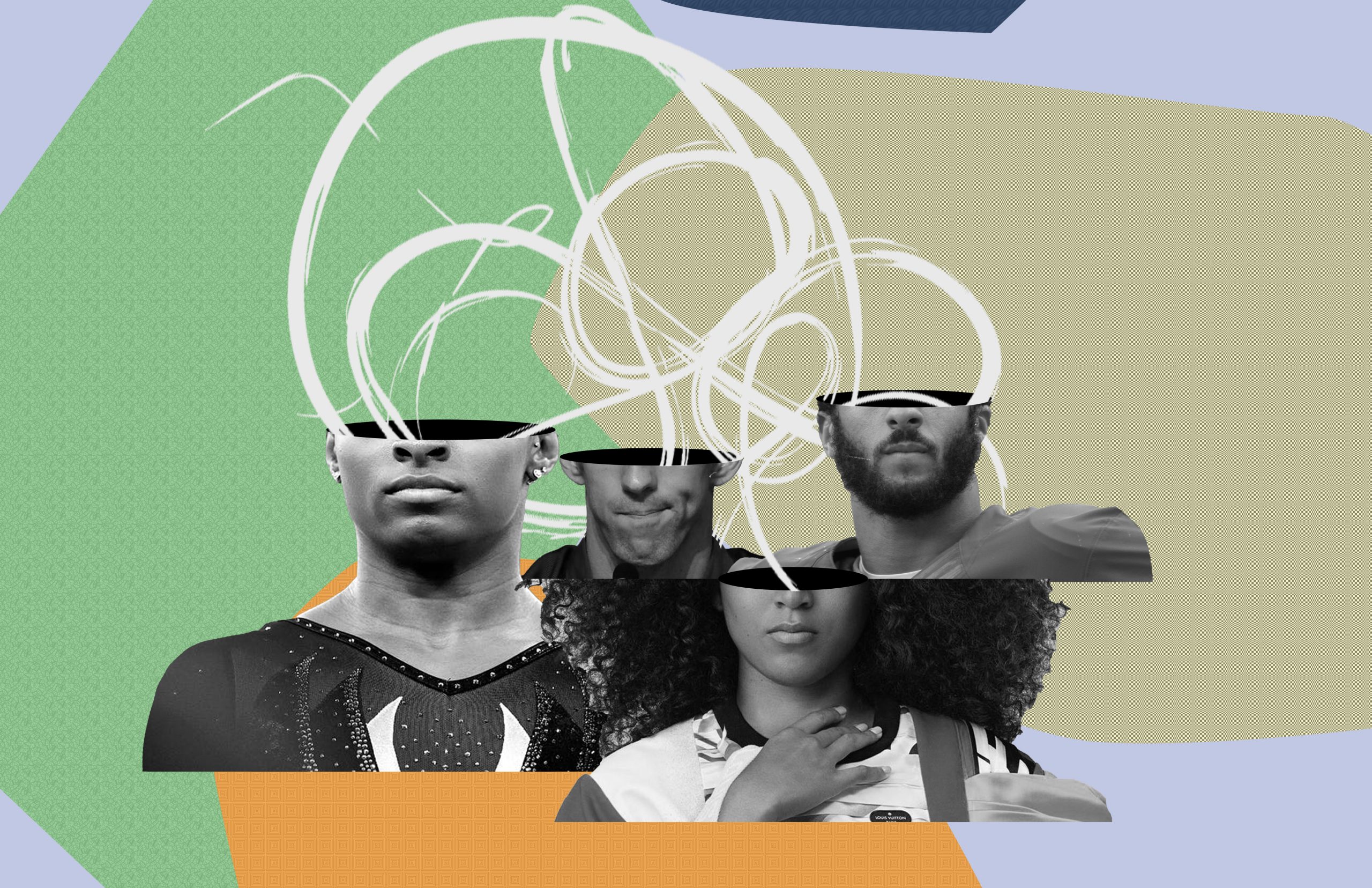 Your Heroes Don’t Owe You

Athletes may be the closest thing we have to superheroes walking the earth. They are the perfect physical specimens pushing their bodies to limits we laymen can’t even begin to fathom as we brush the crumbs off of the bedsheets and search for the remote. Athletes are not like you and me. They have something different in them. Something that gives them the fortitude to simply be better. And in turn, we treat them as such, wearing their names emblazoned across our backs, hyping them up in the stands, and taking their victories as our own personal victories. Or at least victories for whatever city or country they represent.

Simply put, we love an athlete because we love a hero.

We love heroes because they make us believe—if we just train enough, work enough, persevere enough, we too can be superhuman. A hero. There’s nothing more exciting, alluring, and honorable than heroism. That’s why it’s so unfathomably jarring when our earthly superheroes show their weaknesses. It’s a stark reminder that they are not in fact superhuman, but are people just like you and me. People who get hurt, have off days, feel… things? Say it ain’t so!

This year, we’ve seen two athletes at the tops of their respective sports, Naomi Osaka and Simone Biles, bow out of major events in order to protect their mental wellbeing. Osaka left the French Open citing depression and anxiety and not wanting to go through the mental drain of post-match interviews. The French Open committee fined her $15,000 for missing a presser, which Osaka paid. She continued to decline to do any interviews throughout the tournament even though the French Open—along with representatives from the Australian, French and United States Opens, and Wimbledon—threatened to expel her and face harsher penalties if she continued to refuse to fulfill her media obligations. Osaka quit the tournament altogether.

Biles removed herself from the Olympics’ gymnastics team competition and a few individual events after getting the “twisties”—the sudden inability for a gymnast to spin for a particular maneuver—while competing during an Olympic event. The twisties are incredibly dangerous as they can cause an athlete to be paralyzed or even die if an athlete attempts a move while experiencing them. She also revealed that she was feeling extremely anxious with the enormous amount of public pressure that was being placed on her going into the Olympics. Biles was fortunate enough to not be fined or forced by Team USA to compete, but it should be noted that Biles is one of the last active gymnasts that was under the horrific care of Team USA’s former team doctor and now convicted sex offender, Larry Nassar. A man Team USA protected for years and who was present at the Rio Olympics in 2016, where Biles was a participant.

We almost expect athletes to push through no matter what. We push the narrative that they are physically and mentally stronger than the rest of us, which is why they succeed in their respective sports.

It’s generally unheard of for athletes, particularly ones who are dominating in their sports, to drop out of any event unless they are seriously injured. Even then, we hear of athletes playing through pain and injuries all for the love of the game. We almost expect athletes to push through no matter what. We push the narrative that they are physically and mentally stronger than the rest of us, which is why they succeed in their respective sports. We elevate them to incredible levels adding intense pressure and scrutiny with each height. We use their examples of physical and mental fortitude as inspiration for our own will-never-be-a-professional-athlete lives. Well, if Kevin Durant can attempt to play on a still very injured Achilles to try to bring his team back from the brink of elimination, I guess I can file that report before I head out for the day.

We don’t just place unrealistic expectations on athletes, but almost anyone that enters the celebrity stratosphere: see Judy Garland, Michael Jackson, Britney Spears, or almost any celebrity that has achieved incomprehensible fame and popularity. We ask people with remarkable talent to always be on their A-game and remove all of those traces of gross human weakness the rest of us peons experience. They are not afforded the luxury of having an off day because we need them to make us feel better about not having yet discovered the recipe for achieving the American dream.

Give us all you got til you can’t give anymore!

Leave it all on the field, stage, wherever!

Sacrifice every fiber of your physical and mental for the glory, money, and most importantly, our entertainment!

And we’re supposed to be inspired by that?

Athletes are expected to have the mental fortitude to put whatever their problems are behind them and go be great. We’re really treating them as nothing more than robots with skin and enhanced mobility.

An argument many online armchair athletes had regarding Biles’s withdrawal from Olympic events was a (very poor) comparison to Tom Brady sitting out of the Super Bowl or Michael Jordan leaving his team during the NBA Finals. If you are a professional athlete, you simply don’t quit. You put your personal problems aside, go out there, and give it your all. Harness your feelings into the game. Man, up! Athletes are expected to have the mental fortitude to put whatever their problems are behind them and go be great. We’re really treating them as nothing more than robots with skin and enhanced mobility.By the way, Jordan did take a mental break during the peak of his NBA career in 1993 after his father was murdered. It shouldn’t take a murder, however, for people to see celebrities as human enough to be deserving of a mental break.

The comparison does bring forward a compelling thought– what would happen if Brady or Jordan decided to take a mental health day while the world was watching? What has happened to athletes that have failed to deliver at big moments?

England lost the Euro 2020 championship over three missed penalty kicks earlier this summer. The athletes that missed the kicks, Marcus Rashford, Jadon Sancho and Bukayo Saka, who are all Black, were pummeled with racist fueled hatred that was so bad Prime Minister Boris Johnson and Prince William released statements condemning the behavior.

Serena Williams lost the 2018 US Open and was vilified in the media and online so badly that more people were talking about her loss, than the actual winner (it was Osaka, who admitted that her depression actually stemmed from this competition and the booing that resulted during the awards ceremony from fans who were not pleased with how the match played out. No fault to Osaka, who simply played a better game.).

In 2016, Colin Kaepernick began kneeling during the National Anthem to protest police brutality. His team, the San Francisco 49ers, finished with an abysmal 2-14 record that season, a very stark drop from their amazing 2012 season where they even made a Super Bowl appearance. At the end of the season, Kaepernick opted out of his contract with the 49ers, but struggled to find work within the NFL while other less decorated quarterbacks found homes on teams within the NFL. He has not played professionally since leading many to believe he was blacklisted by the league.

The most decorated Olympian of all time, Michael Phelps, never failed to perform on the big stage, but he has been extremely open about his extreme struggles with mental health both during and after his Olympic reign. Speaking to NBC, he revealed that after the 2004 Olympic Games, he suffered from post-Olympic depression— crash stemming from the physical and mental weight of the games—and even contemplated suicide.

Sometimes athletes get abused even when they do succeed. Atlanta Hawks superstar, Trae Young, was spat on during a game at rival New York Knicks’ Madison Square Garden after he had led the Hawks to a victory in the previous game. He was also greeted with chants of “F— Trae Young!” throughout the series during Knicks home games. Young and the Hawks went on to win the series.

There’s a fine line between healthy competition and flat out abuse.

It can be argued that trash talking and jeering are part of the game and one should be able to take the heat, which is fair. In that same regard, athletes that feel the heat has gotten too hot should also be able to step aside and remove themselves when they feel it necessary to do so. There’s a fine line between healthy competition and flat out abuse. If you don’t like that an athlete beat your team and you want to boo, fine. Spitting on a person (during a pandemic, on top of it!) is never appropriate. Why is it that we want celebrities to perform for us but the moment they ask to be seen as human with thoughts, feelings, and flaws, we don’t want to allow them that grace? Seems it’s a bit of a damned if you do, damned if you don’t situation.

After seeing the way the public praises figures to deity levels only to stomp on them like roaches when they don’t perform the way we want them to perform, you really can’t blame a celebrity for wanting to preserve their mental health. Imagine giving your body not only to a sport or an art, but the general public for so many years, and then going online to read about how much people hate you. Even worse, imagine how dark it must feel to one day be the most beloved person in the world on the cover of every magazine and newspaper and then having no one care about you at all. At least until it’s time to perform again and you better show up and show out because otherwise you’ve got millions of fingers ready to destroy you online. It would cause anyone to spiral and question their self-worth and identity.

No one would agree to selling both their body and their mind. At the very least, athletes should get to protect their mental health after years of giving their bodies to the game. Perhaps instead of lambasting athletes for taking mental health seriously, we should take a page from their playbook and focus on how we can better improve and speak about mental health. What could a space look like where men feel safe enough to explore their emotions? If we were more understanding of what intense fame can do to a person mentally? If we all knew how to take a step back when we’ve reached our limits? If we could be honest with our coworkers that we’re taking a day for ourselves and aren’t making up an excuse about a doctor’s appointment? If we communicated with the intent of being mindful of a person’s mental wellbeing?

We should be teaching kids to know their own limits and that it’s ok to quit. No one needs to be abused for the sake of learning perseverance.

There’s something to be said for athletes leading the way in thinking seriously about mental health. We admire and look up to these people so when they’re proving strength can go beyond the physical, we should be applauding them. We should be teaching kids to know their own limits and that it’s ok to quit. No one needs to be abused for the sake of learning perseverance. One day, our bodies won’t be able to do the things we want them to do. It’s a human fact. What will remain, however, are our minds.

Sometimes heroism is simply knowing when to save yourself.