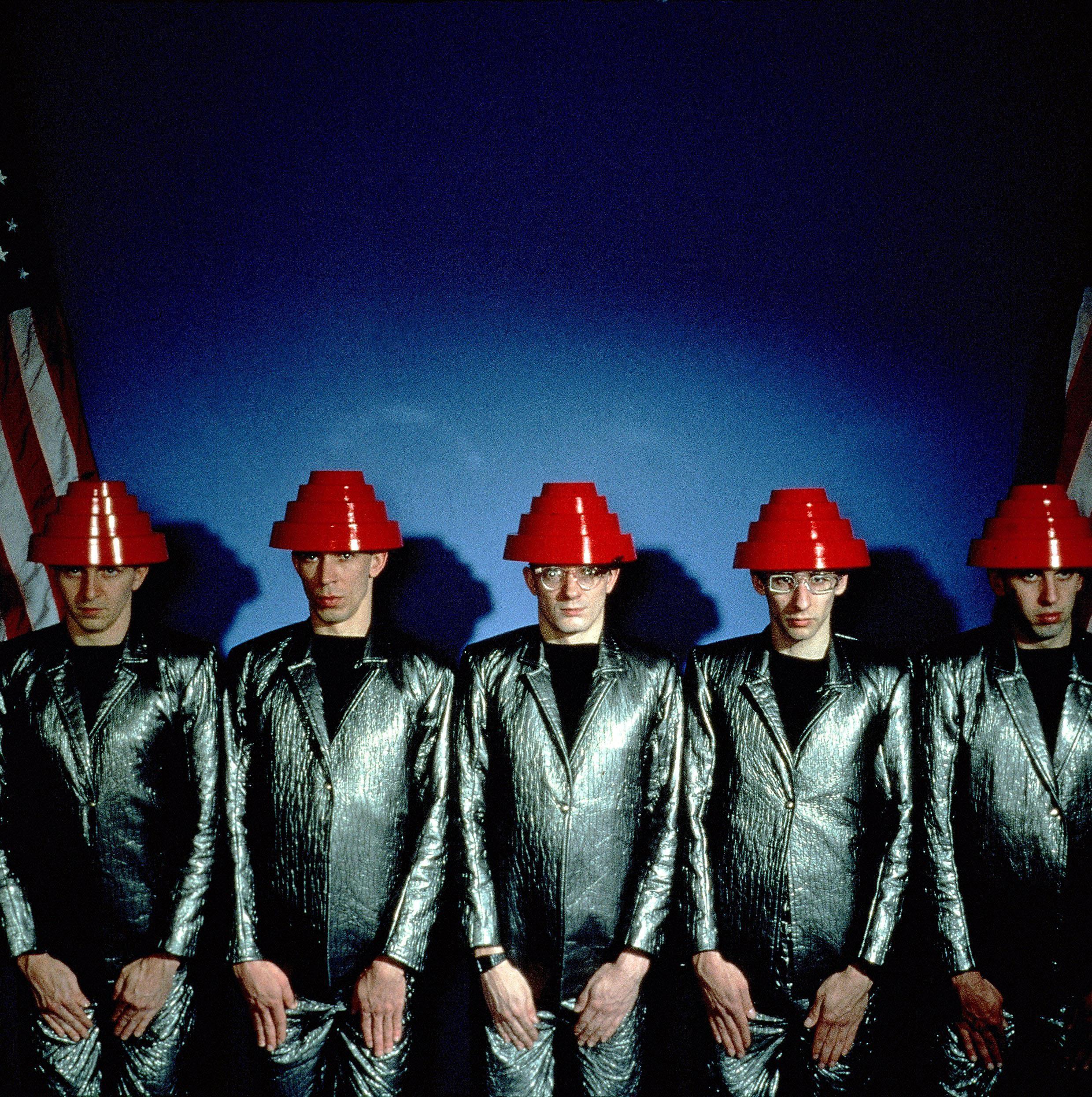 If we have to wear PPE, why not make it a little fun sometimes?
Adam Sobsey·
Culture
·1 min read

Pop music fans of a certain age will instantly recognize Devo’s “Energy Dome,” which is a more or less automatic visual association with the band’s 1980 hit single “Whip It.” The lads wore the iconic ziggurat-shaped red helmet in the accompanying video, and subsequently on stage throughout the eighties and beyond–way beyond. Like countless bands long out of the mainstream current, Devo are still together, and they were set to play some live dates in 2020.

Those were all put on hold, but the pandemic hasn’t stopped Devo from playing out, in a sense. They’ve recently introduced the Devo Energy Dome PPE Kit, which adds viral protection to the original headgear’s purported ability (in the adspeak of its designer, Devo co-founder Gerald Casale) to “collect the Orgone energy that escapes from the crown of the human head and push it back into the Medulla Oblongata for increased mental energy.” The shield-upfitted model, Casale promises, keeps the wearer “safe from invisible particles and unwanted bodily fluids” since “it’s what you can’t see that gets you!” The Devo store also sells conventional masks, one of which, naturally, bears an image of the Energy Dome.

Unsurprisingly, many bands have put their own masks on the market. But Devo’s iteration of their proprietary helmet is unique, and it has a value-added feature–which is in fact the opposite of forward-thinking: nostalgia. Devo are selling more than protection. They’re selling a memory of a time, now long past but still red-dome vivid in the minds of millions, when many people’s biggest social problem to whip was the Rubik’s Cube.

Designers the world over have quickly seized on the pandemic, of course. There are masks out there of every stripe, polka-dot, and texture out there, and emblazoned with logos galore, turning a health necessity into fashion statement (and sometimes just a plain statement). What we haven’t seen much of yet, but almost surely will, is PPE as ad space. When will the first athlete or rock star use a mask to shill for a soft drink? And will they have the presence of mind to make it one that takes us back to safer days? Surely Mr. Pibb is standing by.