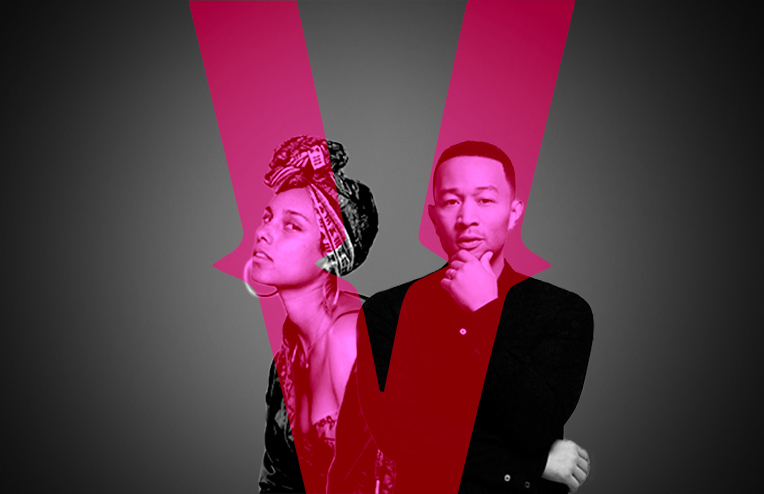 If you ever needed an official space to argue with friends and strangers on the internet about which R&B and hip/hop artists or producers have the superior music catalogue, look no further than Verzuz. The brainchild of Grammy Award winning producers Timbaland and Swizz Beats, Verzuz pits your favorite musicians together live on Instagram to go song to song with their music catalogues in a friendly music battle that will have you really feeling nostalgic. It’s a welcomed solution to get live music back in our ears.

Verzuz began in March of this year with the two creators, Timbaland and Swizz Beats, going head-to-head in the inaugural five-hour livestream. The idea actually came about in 2018, but the current climate proved to be the perfect time to release it into the world and the series has been huge. On Instagram, the official Verzuz account boasts over a million subscribers. Viewership during the streams has soared with many of the streams reaching over 500k viewers during their peak and it isn’t surprising to see famous names pop up in the comments to praise a track. Michelle Obama, Jamie Foxx, and Oprah are known to tune in from time to time. The biggest stream to date was the battle between Wu-Tang’s RZA and DJ Premier, which captured over 850k viewers at its peak. Battles have included everyone from singer-songwriters like John Legend vs Alicia Keys to rappers such as Nelly vs Ludacris to producers such as Scott Storch vs Mannie Fresh. There was even a special gospel edition with Kirk Franklin going up against Fred Hammond.

Verzuz has seeped its way into the mainstream pulse showcasing its power to drive conversation. Although there aren’t any official winners or losers in the battles, many major publications including Billboard and Revolt do release post-mortem scorecards and declare a winner. You also have the fan opinion, which may be the only one that really matters. Following each livestream, you’ll often find the highlights, hit tracks, and meme-worthy moments (music-producer, Teddy Riley’s audio issues made for great fodder for Instagram comedians as well as rapper/producer Jadakiss’s inebriated glee during his battle) from the battles trending. Jay-Z’s Tidal and Spotify also provide fans with official playlists from the battles for fans to jam to until the next battle.

The battles and rules have adjusted as guidelines around social-distancing have changed. Originally, Verzuz artists battled from the safety of their respective studios or homes tuning in using their own equipment. As we’ve all experienced at this point, relying on your personal tech during crunch time isn’t always trustworthy. To solve for this, Verzuz began supplying artists with setups from Roland so all participants are operating on an even technical playing field. It’s hard to properly gauge an artist’s repertoire if you can’t hear or see it. Now that social distancing rules are a bit more lax, artists are required to battle in one room where they can bring in their own music equipment (i.e. music instrument, DJ setup, etc) and Verzuz handles the streaming, lighting, and audio. This has been especially helpful in squashing technical and connectivity issues and provides fans with a higher quality experience to just enjoy the music. It also allows artists to engage more authentically in person and have more friendly smack talk and banter during their battles.

While these battles are all in good fun and not meant to be taken seriously, they are important in showing the healing power of music and the community it brings. Even if it’s just for a few hours as artists roll through their hits, fans are allowed a reprieve to break away and simply enjoy the music, have some fun with friends, and maybe enjoy a drink. It’s a new form of entertainment that showcases how we can better harness the tools already available to use to create content that is engaging, socially-driven, and meaningful. Verzuz battles may not last forever, but their impact on the digital culture will be something we talk about for a while.