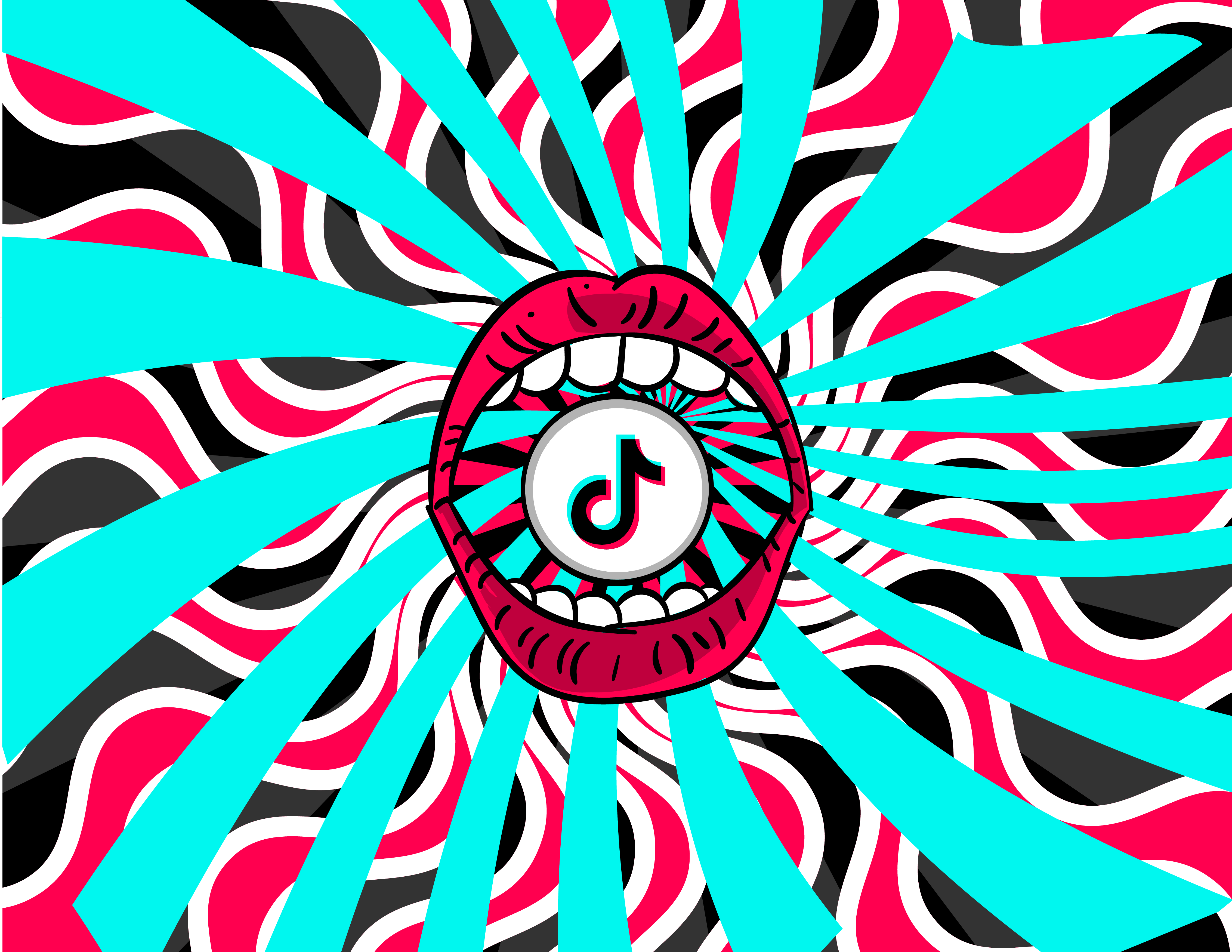 Not just a fad: TikTok empowers youth culture to not only thrive, but define a generation.

In July of 2019, Lil Nas X tweeted “it’s crazy how any baby born after march has not lived in a world where old town road wasn’t number 1” but that wasn’t the tip of the iceberg for the song or the artist. After debuting in April 2019, “Old Town Road” went on to smash long-held records and was number one for an unprecedented nineteen weeks on the Billboard charts. The song, created by an unknown artist, beat out hits from Taylor Swift, Ed Sheeran and Justin Bieber, a group that has a combined eleven number one hits in the past five years. But the unexpected twist is that “Old Town Road” wasn’t backed by a studio or part of a commercial marketing campaign; it was produced by Lil Nas X for around $50, and promoted only by the hundreds of memes that he made for social media. Following months of posting the memes, the song hit it big on TikTok,with videos that sampled the song being viewed more than 67 million times. The story of Lil Nas X and “Old Town Road” has been hailed as a prime example for how TikTok is more than just another social media app. His rise to fame through a self-made meme campaign and the pivotal role TikTok and its users played shows the app’s capability to define taste and popularity beyond the digital space. The music trends that have emerged from the endless scroll of the “For You” page have continually reverberated around the world even before the 800% increase in usership by the end of 2020. But there’s something more happening within this app beyond short sound bites; it’s a reminder of the power of music within youth culture and how TikTok will come to define a new generation of music.

Music has often been the cornerstone of youth culture. Every outburst of teen culture has a distinct soundtrack, a trend that goes back decades. From the rock and roll of the 1950’s to the escapist pop of the 1980’s, young people have continually gravitated towards music as a way to communicate their thoughts in their own way. The music popularized by youth culture showed the world how young people felt or wanted to feel; it expressed distinctly youthful feelings within a space that felt like their own. This is not to say that the popular music of youth culture remained only in their realm; in fact quite the opposite is true. The powerful nature of music adopted by youth culture rests firmly on the fact that those songs became analogous with the times. The sounds most people associate with certain decades are those that were propelled to the top of charts by the young people buying and requesting the songs, the music of the 1960’s being a key example. In that attempt to be acknowledged, whether it is amidst political/social unrest or just the experience of being a teenager, youth culture has defined music for generations.

In many ways, the continued use of music by young people as a form of self-expression is also a form of rebellion.

Choosing which songs to buy or listen to becomes a way of asserting control in a world that often reminds teenagers they have none. Young people remain committed to the practice of using music as a way to communicate to each other and to the world that their voices will be heard and that they matter. However, the story this time around has one additional player that has the potential to put even more weight behind the music of youth culture: enter TikTok.

TikTok was an app built to maximize youth culture. Not only did it fill the void that Vine left, it deliberately made content creation as direct and simple as possible and set out to become the next meme culture incubator. But the primary secret to its success is the app’s Musical.ly origin. By having music and interaction with said music at the heart of the app, TikTok was primed from the beginning to be a game changer in the music industry. The combination of the best features of social media and the ability to sample songs laid the groundwork for TikTok users to make music their own in unprecedented ways, specifically two ways.

Streaming services like Spotify and Apple Music changed the way people consumed music by allowing users, through algorithms and user input, to develop a music landscape that is uniquely theirs. TikTok is not set up to function this way for a very distinct purpose. TikTok doesn’t rely on algorithms to help pinpoint a user’s taste in music, rather it lets the virality of a song speak for itself. Songs that get continually used in videos create almost a dialogue among users, where the more a person hears a song in videos, the more likely they’ll use it in their own TikToks.

Songs that get continually used in videos create almost a dialogue among users, where the more a person hears a song in videos, the more likely they’ll use it in their own TikToks.

This model allows users to engage with music on a global, yet communal, level on the common ground of contributing to the soundtrack of the moment. Music’s ability to bring together a moment of youth culture is amplified by making users active participants in a song’s lifecycle. Sampling a song allows people to have directly contributed to its rise in popularity in a way that streaming or cd purchases did not. In this way, TikTok has revamped the model for how to discover new music.

Who Makes It Big in Music

The evolution of Youtube is the story of the digital age, the creation of a space where people upload videos of themselves performing in hopes of the video landing in front of the right people. The breakout success of Justin Bieber following his video going viral on Youtube became the cornerstone of the music culture on the platform. TikTok removes the obstacle of waiting for a video to rack up views and places the power in the artist’s hands.

TikTok removes the obstacle of waiting for a video to rack up views and places the power in the artist’s hands.

Y2K and bbno$’s “Lalala” and 24kGoldn’s “Mood” are just two examples of the hundreds of songs that went viral on TikTok, but began as memes created by the artists. In the app, artists are able to leverage the social media capabilities to their benefit by not only directly interacting with fans but also creating tangible action items for those fans to show support. Whether that’s through a dance challenge to help promote the song on the app or a meme that people can make their own, TikTok gives artists more direct agency. Many undiscovered artists have found their way to record deals and unimaginable fame through this new path that TikTok has forged into an industry where record labels had historically been the gatekeepers.

It can be easily seen that TikTok was built to be the next social media phenomenon by breaking the mold on how music moved through the app. It took the best parts of other social media apps and infused it with the power that music holds for youth culture. But the music trends that develop within the app are not confined to TikTok. What awaits the songs that go viral on the app is a world that’s recognizing the voice of young people.

A social media app with 2 billion global downloads is bound to make waves in the external world but TikTok’s reach outside the confines of the app is expansive.The impact of the trends that are born and bred on the app have made themselves known in the public sphere. For example, Megan Thee Stallion, who found fame on TikTok, became the first female rapper to win best new artist in two decades and the D’Amelio sisters have a Hulu-produced reality show about their rise to fame on the app. TikTok’s influence on the music charts, while indirect, is undeniable. The app has created a clear path to higher numbers in streams, sales, and airplay for the songs that find fame. Oliva Rodrigo teased her song “Driver’s License” on TikTok and following its release, it was used in over 300,000 videos on the platform, has close to a billion streams on Spotify and held a lucrative spot on the charts for weeks. A quick glance at the current Billboard charts shows various TikTok stars holding their own among household names; Doja Cat has been on the Artist 100 list for 76 weeks and songs curated on the popular Spotify Viral 50 chart began their journey on TikTok and are considered inevitable chart climbers.

The viral aspects of memes and the ease of translation of the content from TikTok to other apps means that the trends developing in TikTok are not intended to stay there.

The viral aspects of memes and the ease of translation of the content from TikTok to other apps means that the trends developing in TikTok are not intended to stay there. Well-known artists have responded to this shift within the digital realm and now make TikTok a central part of their music promotion strategy. David Guetta and Sia  premiered their collaboration on TikTok before it went public and Dua Lipa had fans create dance videos to promote her new music. Previously undiscovered artists, like Jawsh 685, are not only getting record deals with major labels, but landing collaborations with big names in music. The world is paying attention to TikTok and its users. The app gave youth culture a unified voice that is not only continually reinforced internally on the app but has created an unprecedented wave of youth culture externally. The young users of TikTok have deliberately become the authors of this generation in a way that would not have been possible previously. Youth culture has become a force with its own laws of nature that has in many ways fundamentally changed the way music becomes popularized.

While there is a strong strategic marketing angle to how this app functions, its prominent role in the cultural and social world necessitates an analysis and admiration for what it has accomplished. While many people disagree  about the relevance of TikTok music stars beyond the app, they should be careful not to underestimate the importance of this app in this moment. TikTok has ushered in an unprecedented burst of youth culture that has the ability to travel the world in a moment. If music is the dialogue generations of teenagers have used to forge control and comradery, TikTok has given them the world stage.

TikTok and its viral songs have created a digital counter culture where young people are able to push back against the things they have no control over in the world. It allows them to tell the story of this moment on their own terms through their direct participation. Out of that uncertainty and need for community came a global soundtrack that will live on as the music that will define this next generation.