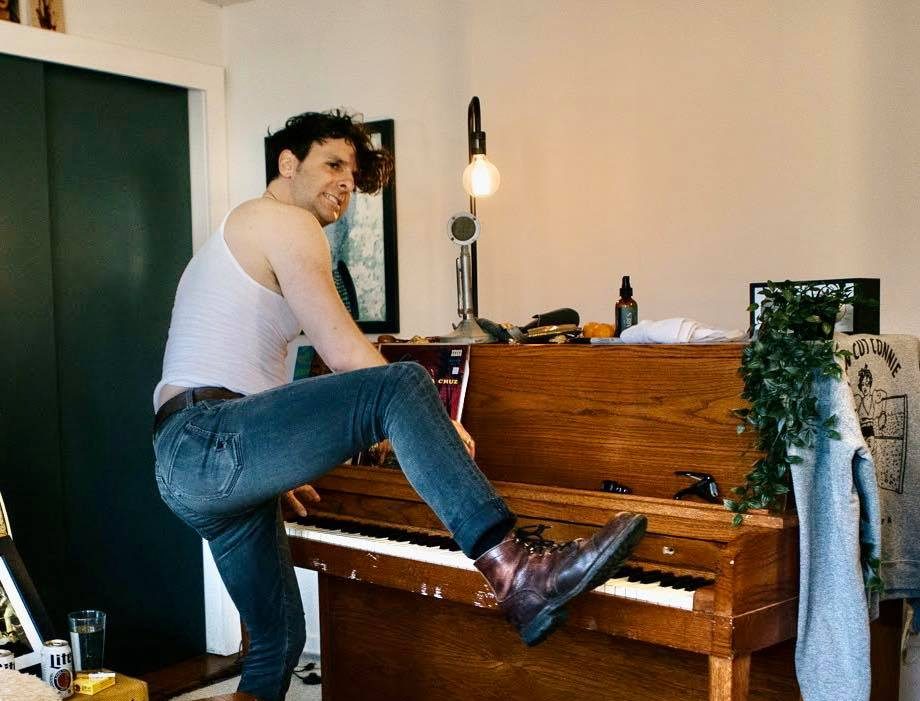 Remake Yourself At Home

A rock star slips into something more comfortable

Social distancing is circling all the way around and meeting up with a surprising closeness: the times are suddenly both more virtual and more intimate, as forced retreat into our homes brings the world inside with us. Since March, Adam Weiner, the exuberant frontman of the pop group Low Cut Lonnie, has been doing twice-weekly live Facebook performances from his living room. In between banging out high-energy covers of everyone from Nina Simone to Nirvana on his upright piano, Weiner extemporizes passionately to his fans to keep spirits high, all while playfully removing and changing costumes (at a PG level, although his language isn’t). It’s Mr. Rogers meets Little Richard.

All of that is great fun, but what brings it home (so to speak) is Weiner’s traipsing around his cramped, unpretentious South Philly pad. Celebrity homes, it turns out, can be on ordinary-looking streets, heated by old steam radiators, and furnished with ordinary-looking sofas and garden-variety potted plants. And when they decorate for guests, a few photos (including, in this case, some Low Cut Lonnie signage) propped up here and there do just fine. Weiner is at ease in situ, so the visitor feels comfortable, too, and as secure in Weiner’s presence as he is at the piano, where he spent many early-career years paying dues in bars from dive to drag, honky to karaoke. For such an off-the-cuff show, the result is oddly gripping.

Weiner’s house concerts are a simple but effective example of how to adjust when our customary artifices, venues, and avenues are unavailable. We have an opportunity to invite our guests right into the place where we’re most comfortable, which makes them feel comfortable, too–they’re inclined to stick around. Audiences like spectacle, and they like routine; but they also like to see the art, and the people, behind the artifice. How can you let them into your inner sanctum, and while they’re there, what messages–casual or formal–can you send with the way you decorate it?