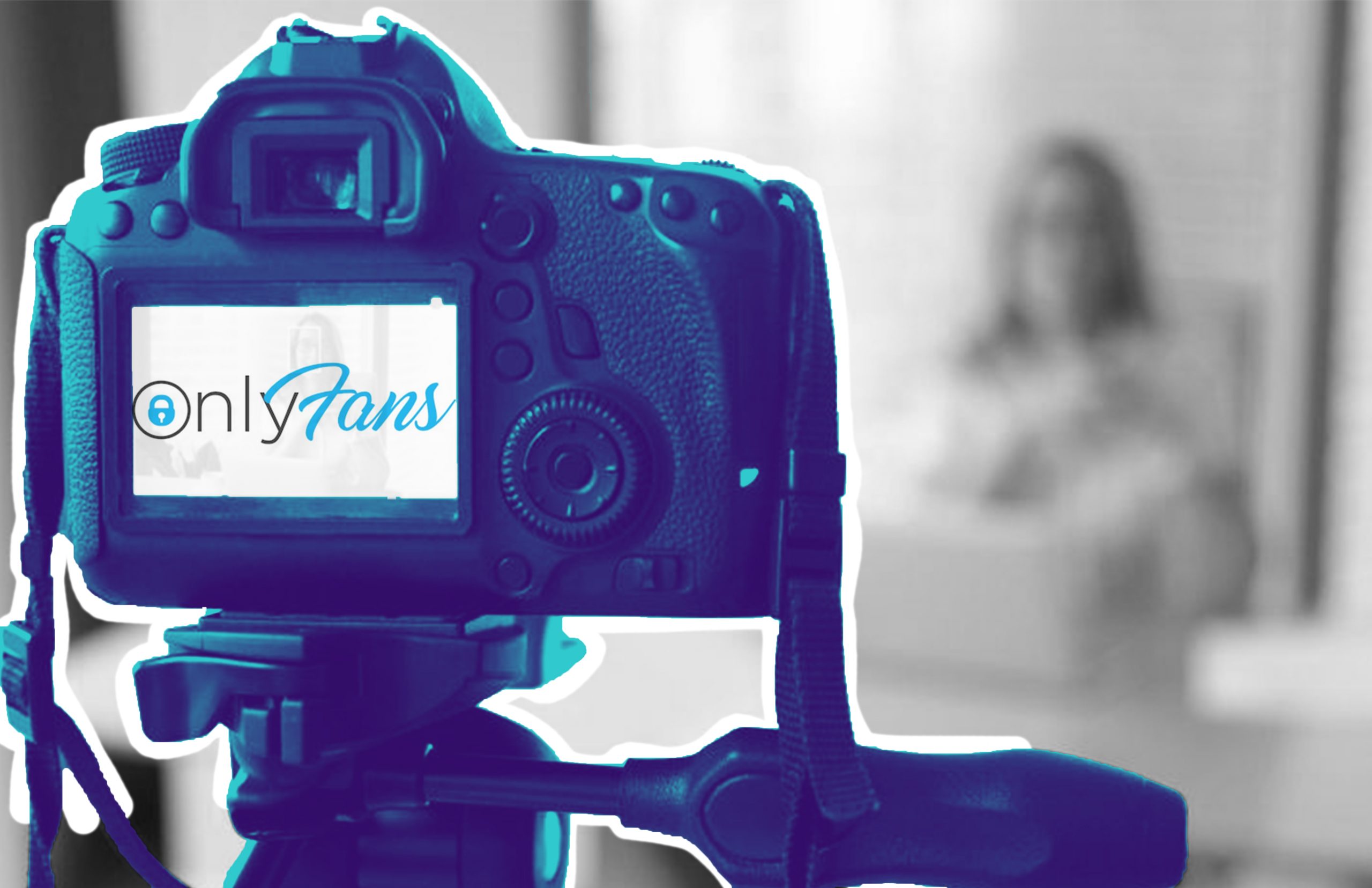 How OnlyFans Changed Par for the Course

Everyone is familiar with the American dream. The idea of working hard enough to secure enough money and power is a guiding principle that’s ingrained within our culture. We’re all led to believe that as long as you work hard enough, you’ll achieve this wonderful dream. What we aren’t told is that this isn’t true for everyone and there are rules to this game.

By now, most of us are familiar with one of 2020’s biggest apps, OnlyFans. A pandemic raged outside making the usual methods of finding a partner harder which led to lots of lonely, bored, and horny people looking for a safe and socially distanced way to still… engage on a more intimate level with someone. That same raging pandemic also led to tremendous unemployment across the country and the government basically responded to the public’s cries for help with, “Of course we’re going to help! As long as you were already rich before we’ll help you keep on riching. What’s that? You were a poor? Lmaoooo sorry! Go find a job! Sucks 2 suck.”

The government failed many. However, people continued to work toward achieving that American dream even if it meant finding new ways to get there. Sex workers were always early embracers of OnlyFans loving its ability to provide them with a way to monetize, get paid quickly, own their content, and grow their brand. Other social apps and dedicated porn sites simply didn’t allow a space for sex workers to conduct business on their terms. In general, sex work is often disregarded. The people that work within the industry are rarely treated with the same respect as those in more mainstream industries even though sex workers are one of the few groups of professionals that can genuinely say their work makes a lot of people very happy.

OnlyFans wasn’t just pulling in sex workers. People who had previously had more mainstream jobs began joining the app as creators. No matter how much of a shambles the economy may be in, sex will always sell. Some users reported making more from their OnlyFans content than their day jobs. It was the financial lifesaver many people desperately needed and allowed for creators to build sustainable businesses for themselves. It put the power back in the hands of the people.

One would think that a platform that owes the bulk of its success to sex workers would do everything in its power to keep those creators happy, but OnlyFans seemed to have its sights set on more. While OnlyFans has never denied their relationship with the sex worker community, they have treated the relationship sort of like a DC politician with their mistress– they loved the sex, but they weren’t meant to be the main chick.

Main chick material looked like Bella Thorne who infamously joined the app and earned $1 million in 24 hours and other celebrities who eventually began to flock to the app as well. While most celebs weren’t sharing intimate photos and videos of their prized jewels to the world, it did cement the app as a legitimate part of the cultural pulse. OnlyFans welcomed any opportunity to increase their marketability and userbase. We can’t completely fault a for-profit company for doing what they set out to do– make money.

OnlyFans creators, however, were not as thrilled. An app that they built was now being virtually gentrified and the plight of sex workers was being completely ignored while simultaneously interrupting their business model.

Regular people’s livelihoods were being messed with because an actress thought it would be cute to cosplay in the world of sex workers.

Prior to Thorne’s huge revenue generating appearance on the app, OnlyFans would pay creators within seven days. That policy was updated to thirty days for creators in some countries. They also placed a cap on how much creators could charge for content as well as on how much fans could tip. OnlyFans denied that this was a result of Thorne, who in her short time on the app had appeared to have a change of heart about the whole “no nudes” stance and had just recently sorta kinda scammed fans into thinking they would indeed get a nude photo for $200. Spoiler: it wasn’t a nude. There were massive amounts of refunds requested as a result of her “oh you said ‘nude’? I thought you said ‘knewed like I knewed this wasn’t going to be a nude.” Thus, the timing of the new policy following this event was suspicious. Regardless, regular people’s livelihoods were being messed with because an actress thought it would be cute to cosplay in the world of sex workers and stumbled upon more money than most will ever see in their lifetimes. Just like a gentrifier to move into the neighborhood and strip the power from the people that built the houses.

Let that one sink in.

It was another slap in the face to the very creators that helped make the site profitable.

Why would a financial institution care how people decide to spend their money? Isn’t the whole point of a Visa to be everywhere you want to be? What if you want to be getting a special delivery from that pizza boy? You know the one from the cliches. Bow chicka wow wow.

This crackdown was actually an attempt to cut off sites that could potentially allow for child pornography and nonconcensual pornography to be distributed. It sounds great on the surface. Of course, as decent humans we only want content that is legal and of which the parties are both aware and approve that the content is being shared publicly. A closer look, however, reveals that the pressure the banks were feeling was coming from the conservative organizations National Center on Sexual Exploitation (NCOSE) and Exodus Cry — two groups that oppose sex work and pornography in general. NCOSE released a statement after OnlyFans announced they were banning sexually explicit content saying, “We are glad to see OnlyFans work to move away from hardcore pornography on its platform, and this comes after a year of advocacy efforts led by the National Center on Sexual Exploitation with survivors and allies from around the world calling for common sense solutions on pornography platforms like Pornhub and OnlyFans that fail to verify age and consent of all depicted in explicit material.”

Remember, you can achieve the American dream as long as you work hard! …and do it our way. Otherwise, we’re going to have to enforce some rules that we just made up.

While the US is supposed to operate with a separation between church and state, the line separating the two has become extremely blurry. Religion often plays a key factor in policies and decisions that are made within the government. Religious dollars fund activism for policies that support their beliefs. Politicians are elected (and sometimes not elected) because of their religious beliefs and how those beliefs influence their policies. The election of 2020 even saw some churches explicitly telling their members who to vote for if they wanted to protect their religious freedoms.

As a nation, we encourage people to “pull themselves up by their bootstraps” and chase the American dream. However, when people go about it in a nonconventional way, they’re quickly shut down with a “no, not like that.” That sort of gatekeeping only breeds stronger resilience and crafts even more clever innovation.

It shouldn’t come as a surprise that religious groups are able to easily influence large corporations and decisions via politicians and organizations within our country. After all, they’ve got the money and the motivation to do so. The more people that aren’t succumbing to the temptations of the flesh, the more people are available to drop their hard earned money in the offering plate. Give your $20 to Jesus, not Jezzika. Keeping “sin” away isn’t just about protecting souls, it’s about protecting power and influence.

This saga is a reminder that sometimes things are not as surface level as they seem. Occasionally, the real agenda is buried a little deeper. As a nation, we encourage people to “pull themselves up by their bootstraps” and chase the American dream. However, when people go about it in a nonconventional way, they’re quickly shut down with a “no, not like that.” That sort of gatekeeping only breeds stronger resilience and crafts even more clever innovation.

Just under a week later, OnlyFans announced that they would not move forward with their plan to ban explicit content stating that they had “secured assurances necessary to support our diverse creator community”. It’s important to note here that after OnlyFans announced they were banning porn, many of the sex workers that built the app jumped ship for greener pastures taking millions of dollars of revenue with them. Many more sex workers are expected to leave as they aren’t sure what the future of OnlyFans may hold. You can only knock people so many times before they eventually get fed up, pull up those bootstraps, and find a different way to achieve their dream.

Some have suggested that this was all a marketing ploy by OnlyFans while others think this was actually OnlyFans’s way of getting around the ban– self imploding by showing the financial loss they would take if the banks did in fact force their hand in banning most forms of adult content. Remember, this was only an announcement, they never actually implemented the changes, but creators responded as if they had. Whatever the true reason behind the announcement, one thing remains true: while there’s power in money, there’s even more power with the people making you that money. NCOSE and Exodus Cry worked for their base. OnlyFans did eventually work for theirs, but time will tell if this decision is too little too late or if OnlyFans will have to take a lesson in resiliency from their own creators and find a new way to play.