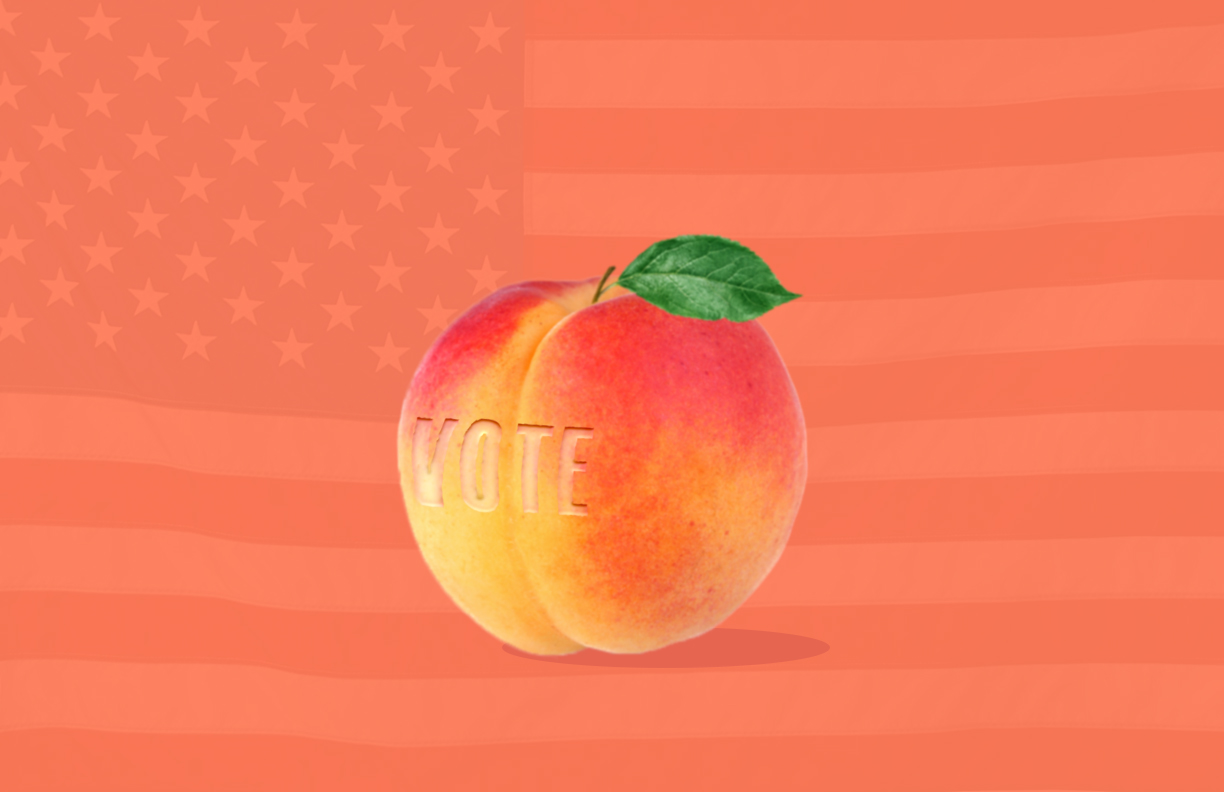 Celebs & Strippers Baring It All to Get People Voting

It’s pretty common knowledge that sex sells. Watch TV for 10 minutes or open any magazine and you’ll find a handful of sexy ads tempting you in ways that would make time travelers from a century ago blush.

Next thing you know, you have more Calvin Kleins than necessary and it turns out they don’t look as good on you as they do on the photoshopped advertisements.

When you think “sexy” the first thing that comes to mind probably isn’t politics. Or maybe it is. Passing laws can be a hot power trip. For most of the populous, however, politics is associated with boring laws most people don’t care to understand, pledging allegiance to whatever, and old men seem to spend a lot of time arguing about decisions that impact everyone. No surprise politics isn’t really something a lot of people will get excited about.

With an election happening in less than a month, politicians are doing their best to excite new voters and get them interested in politics and sex is finally making its way into the forefront of the political landscape. While sex has always been a part of politics (hello to Stormy Daniels and the DC Madam), it has always been hidden in the shadows and behind the closed doors of government officials. It was even rarer to find a political ad that even hinted at being the slightest bit sensual. Until recently. 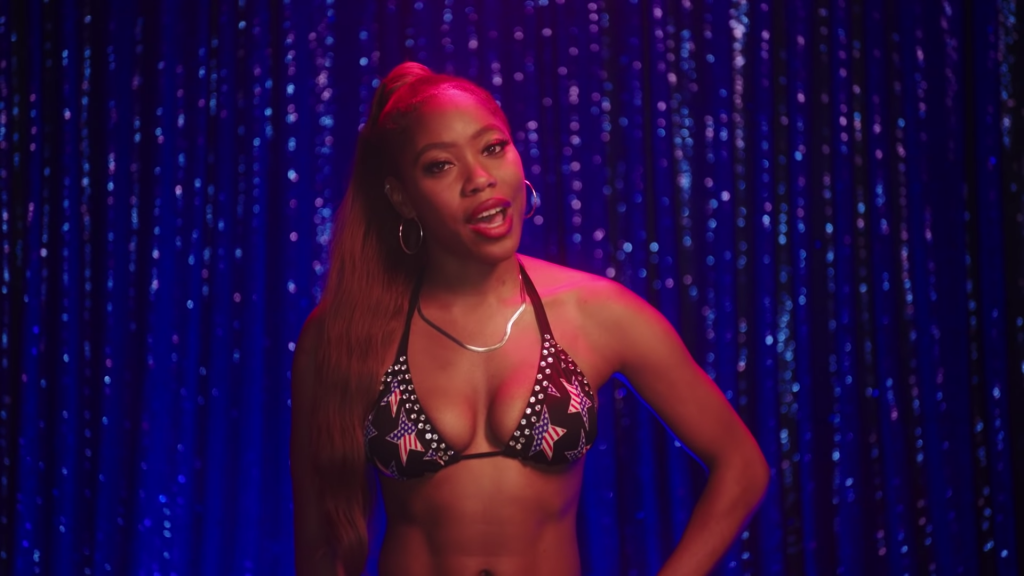 In late September, a video featuring a handful of Atlanta exotic dancers began making the internet rounds. It begins unassuming enough: a thonged exotic dancer struts to the pole as the pulsating track begins. Of course, this is going to be the moment your boss decides to walk up behind you just to “check-in.” It’s never when you’re actually working. Soon enough, the real intent of the video is revealed: these dancers are telling you to vote or rather to get your booty to the poll. Got ya!

Get Your Booty to the Poll is the brainchild of producers Ashley Bedford and Paul Fox who created the video with a specific audience in mind. “We decided to bring the issues to the table that a lot of Black men have, but don’t necessarily express because of how few of us actually vote,” Fox told Atlanta’s Fox 5. Black voters historically have a lot of influence in elections. When they do vote, elections change. 2016 saw the first decline in Black voter turnout for a presidential election in 20 years falling to 59.6% after reaching a high of 66.6% just four years prior in 2012. Whatever the reasoning for the decline in Black votes, it’s clear that this was a problem that needed to be addressed.

While initial online discourse about Get Your Booty to the Poll was mixed with some users on Twitter initially believing the video to be a tone-deaf and racist advertisement created by white liberals to pander to Black voters, it ultimately did its job. It got people talking and thinking about the issues. The video has over five million views. It’s also important to note that while this video does target Black men, it speaks to them in a way that isn’t condescending or forced. No, this certainly isn’t a video for all Black men, but it does speak well to a large group of Black men that could make a difference if they voted. Perhaps they never voted because an advertisement never spoke so clearly to them while breaking down the confusing landscape of politics in a format that makes sense and appeals to issues they care about. “A district attorney decides who to prosecute including whether or not to go after dirty cops. Do you know who elects the DA? We do!” the dancers explain simply. They continue with a warning, “Can’t make it rain if you’re locked up on some b*******.” Point made.

Exotic dancers aren’t the only ones taking it off to get your votes. A few celebrities including Chelsea Handler, Chris Rock, Naomi Campbell, and Mark Ruffalo have joined the #NakedBallots campaign to remind everyone about the importance of voting. The video is an intercut of celebrities explaining the voting process and the importance of having your voice heard. While you may not necessarily want to see some of these celebrities naked (was Jason Momoa not available?), the messaging is clear. This is an appeal to the every man and woman. There is a celebrity in here to appeal to everyone (but it remains very strange that Jason Momoa was not included). Sometimes politicians can’t be as blunt as a celebrity or a dancer and in some cases, people simply don’t trust what a politician has to say over a celebrity. 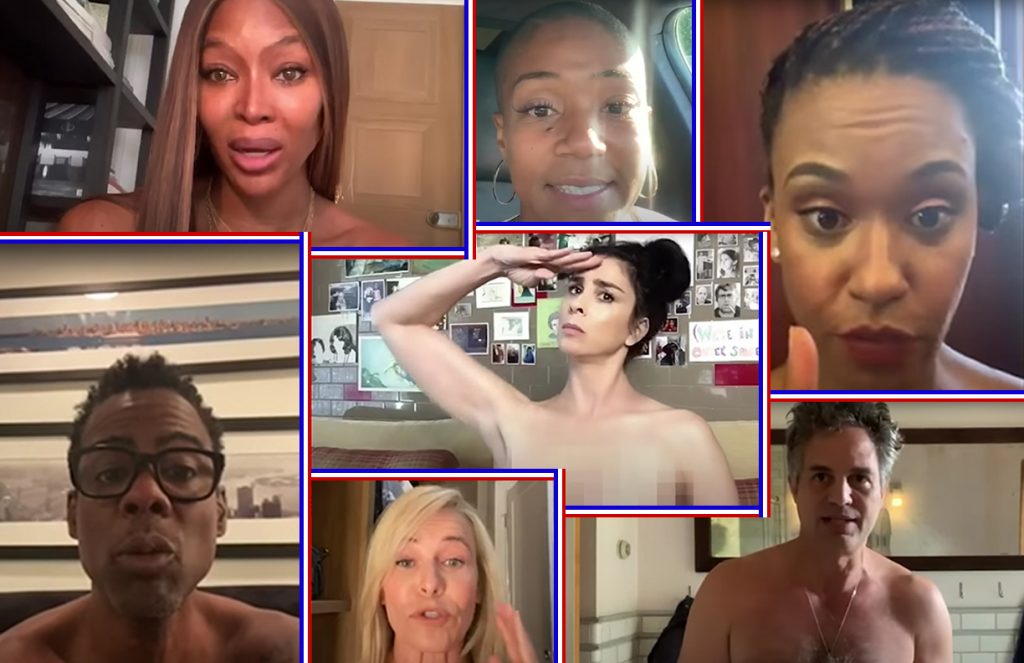 Perhaps too much stock is placed in the power celebrities have in swaying public opinion, but no matter your stance, you can’t deny that celebrities have incredible pull with their audiences. While these celebrities are certainly famous enough to not have to get naked for audiences to pay attention, people are certainly more inclined to share and talk about the video if there’s a little more skin than usual (while Jason Momoa has appeared shirtless many a time, audiences are certainly happy to receive any and all Momoa nude content). It’s a gimmick for sure, but it serves its purpose. The wheel doesn’t always have to be reinvented.

The point of these ads is to get attention. Effective communication isn’t one-size-fits-all. It’s understanding your audience and speaking to them in a way that’s going to excite them without insulting them. You wouldn’t tell your grandma about your weekend in Amsterdam the same way you’d tell your best friend (or maybe you have one of those down grandmas that would be upset you didn’t invite her to the Red Light District). People are different and your communication efforts should be too.