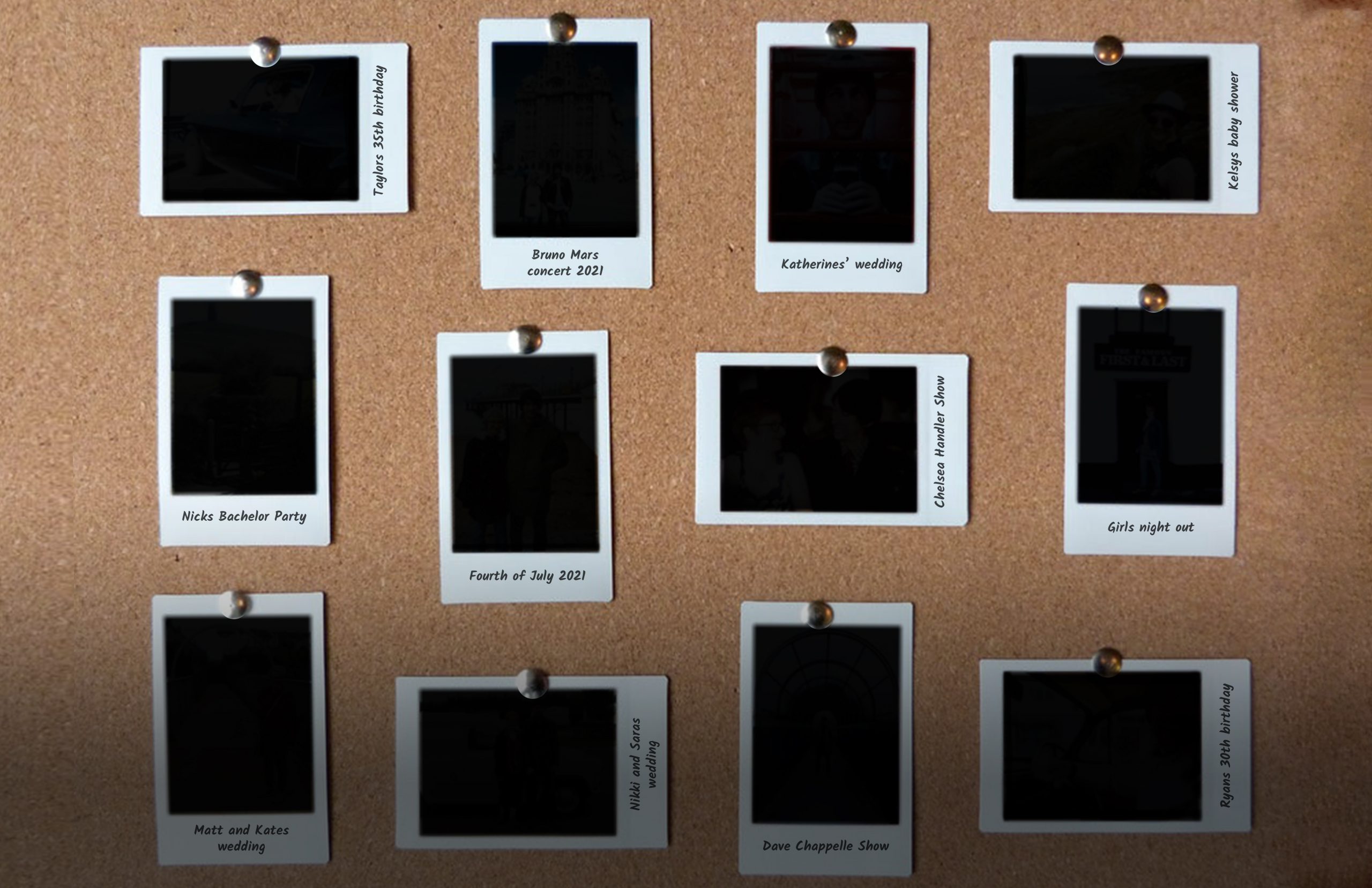 How Social Is Changing Our Everyday Experiences

Anyone born prior to 2000 remembers a time when experiences were experienced with just your eyeballs and memory. Sans phone.

*gasp!* “But how did you let hundreds, nay thousands of people know what you were doing in that exact moment if you weren’t posting to social media?!?!”

I mean, cameras existed but in order to share those images, one had to get the film developed which could take anywhere from two days until your death. Whichever came first. Then, one had to remove the blurry shots, those that you ruined by somehow getting your finger on the lens, and the rogue photo or three that had that weird possessed demon red eye thing going on (why am I suddenly craving the blood of doves?). Finally, about a month later, you convinced your friends to gather around and look at your memories. They didn’t care and there wasn’t an emoji they could send to still make you feel good about your mildly interesting social outing.

How dare you! This is a geriatric millennial plight at its finest in all its barbarism.

That isn’t to say the way we experience events now is bad. Readily having phones and cameras has allowed us to not only participate, albeit vicariously, in moments that we otherwise would never have the opportunity to experience. One doesn’t need $300 to attend a concert anymore when a fan has compiled the best fan recordings of performances of a tour and compiled a DVD (again, dating myself) quality cut of the concert for free. We don’t have to worry about risking wasting time or money trying that hot new restaurant when one of our friends has already volunteered to share the endeavor on TikTok. Not sure if you want to go to Iceland or Guam for vacation? Chances are someone has already done it and recorded a 20 minute recap on YouTube so you can make an informed decision.

The moment we step out of our houses, the world is ready to be tagged, followed, liked, and shared.

Adventures and experiences are readily and easily shared now. It’s more than just a cultural notch in one’s belt, it’s an opportunity to be exposed and to expose others to something new and interesting. Consequently, the way we experience almost everything now has changed to include some sort of social play. Restaurants tempt you to follow their social feeds with a free appetizer. Malls set up special areas made for snapping quick selfies that include an almost uncroppable hashtag. Almost every art installation or pop up is practically designed around a social angle with the art almost feeling like an afterthought. The moment we step out of our houses, the world is ready to be tagged, followed, liked, and shared. 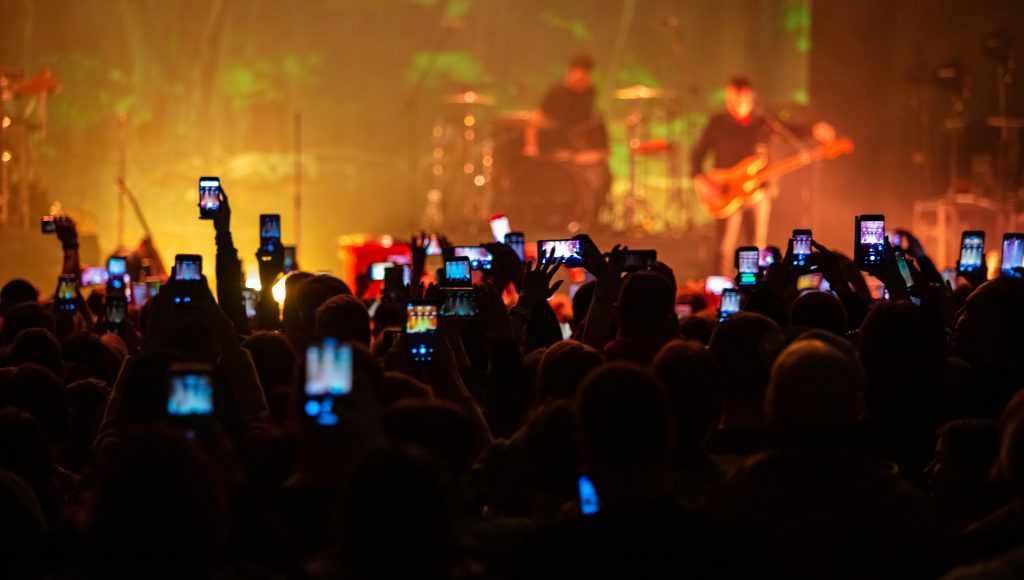 This isn’t meant to be accusatory. We’ve all had moments where we found ourselves trying to capture something cool only to realize later it wasn’t worthy of capturing at all. I mean, how often do you go back and really look at that Fourth of July fireworks show from 2016? Distinguishing and being mindful of what is really worthy of capturing can be a challenge. In the moment, everything feels worthy of preservation. We start off trying to get something compelling and then next thing we know, we’ve got two hours worth of footage, a phone on 15% battery and 56MB of memory left.

The real issue, however, is when the moment is lost because we’re too focused on capturing it, instead of enjoying it. A new trend emerging in the wedding scene is couples asking their guests to keep their phones tucked away and to simply enjoy the celebration (and also not spoil the event before the couple gets a chance to share their photos). That makes complete sense when you consider events like weddings and parties are often already being captured by a professional photographer or videographer. Is it really necessary to serve as second (or third) photographer at the wedding when the couple already went through the trouble? Are we actually enjoying the meal or are we too preoccupied with getting the right angles of the plating so it gets a bunch of likes? Have you glanced up to watch the game with your eyes or have you watched the whole thing from behind a phone? Did you take some time to explore the eeriness of the infinity room or did you spend your entire 60 seconds snapping photos? It’s the memories we made along the way.

We’re naturally drawn to mystery and if we have zero expectations, that can make the experience all the more enjoyable.

Recently, big names like Dave Chappelle and Bruno Mars have started to prohibit phone use during their shows, even going as far as to remove people that couldn’t resist capturing a moment for the ‘gram or forcing audiences to place their phones in locked bags prior to entering the arena. This puts the focus solely back on the artist and encourages better engagement from the audience. If you aren’t too busy scrolling or texting, you have no choice but to dance, sing, and laugh. That is what you paid for after all. What happens at the show, stays at the show. No more worrying about someone’s phone blocking your view, now you just have to worry about the 6’6” guy getting a seat in front of you.

It’s an interesting approach, especially when you consider the power of social media as a form of low-cost advertising. What better promotion for an artist than a fence-sitter seeing what a good time other people had at their show? One could argue that celebrities like Chappelle and Mars are such big names that they don’t really need the free promotion anymore. There’s even something to be said about the allure of the mysteriousness of not knowing what happens at the show until you get there. We’re naturally drawn to mystery and if we have zero expectations, that can make the experience all the more enjoyable.

The modern day experience is a fight for attention.

Of course, while many more established artists have several reasons to not want their entire show recorded, even smaller artists have started to reject cell phone use during their shows. Comics in particular are asking that phones be kept away. Often, they are working through new material on stage and don’t want a set that bombed immortalized on the internet forever. It’s like having your worst day on the job recorded and played on repeat. Conversely, comics may not want a particularly great joke on the internet because now everyone has heard it which means they have to go and write an entirely new series of jokes. We’re happy to listen to 9 to 5 forty-five times but jokes are usually a one-and-done thing. Been there, laughed at that.

The modern day experience is a fight for attention. It’s constantly thinking about how to get it and then what you can do to keep it once you have it. When thinking about the moments we’re creating for people, the way people are experiencing it has to be taken into consideration. Is this something that requires full attention or will a side-tracked mind also be able to follow along? Do we have the audience’s full attention or will we need to eliminate potential distractors to command their attention? It’s great for people to share, but we also have to be mindful that the messages we’re delivering aren’t getting lost in the flurry of uploads and shares.