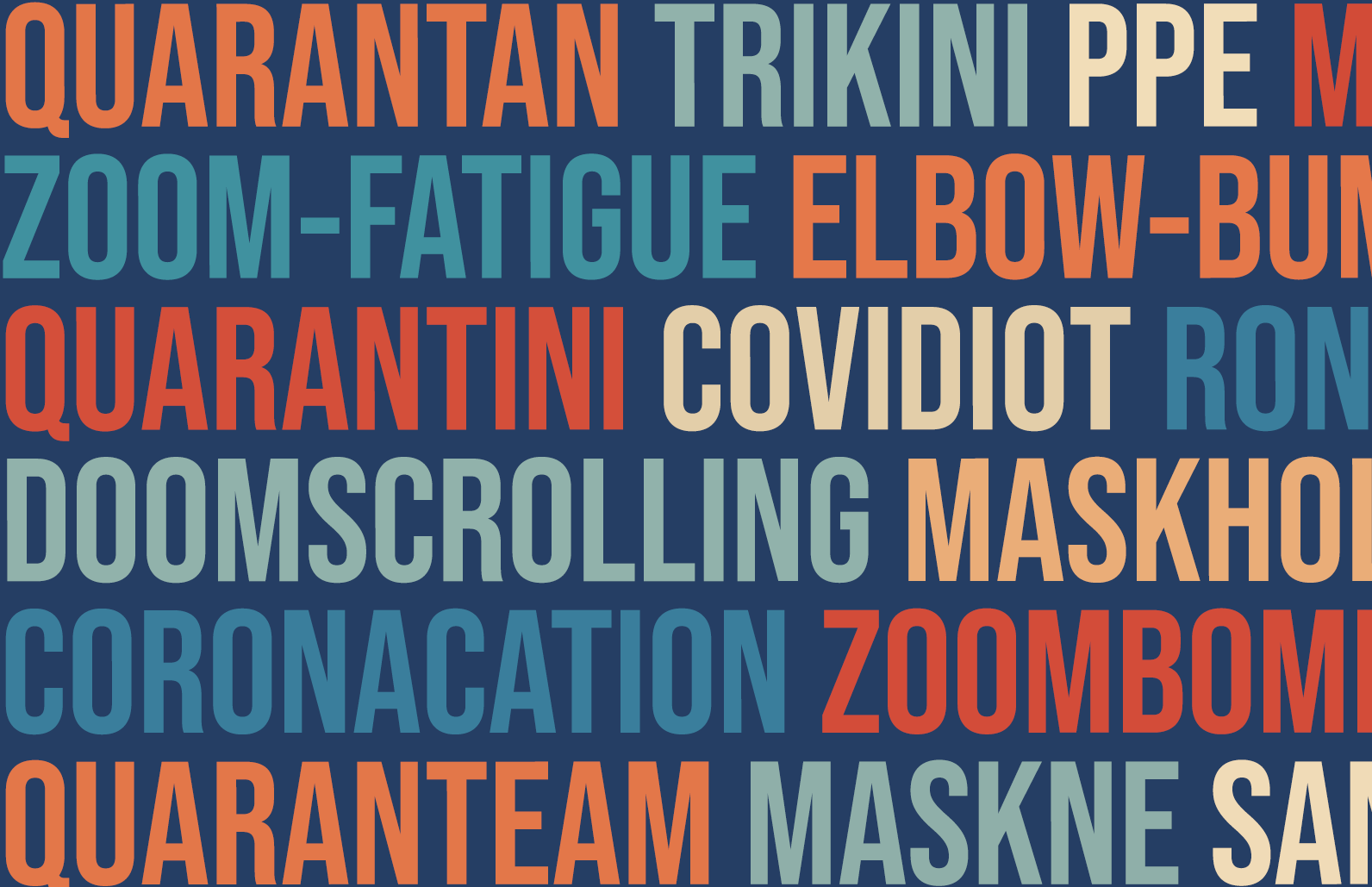 “No matter what, my maskne doesn’t seem to get any better and the stress is only exacerbated by my complete Zoom fatigue. Ugh! I’d give anything to give someone a real hug and not have to elbow bump anyone ever again. Sorry. I’m rambling. It’s the quarantini talking. How was your… what day is it again? Thursday? Tuesday? Whatever. Let’s just call it Blursday.”

After a long confusing pause in which you quietly reevaluate your friendship, you decide to slap some sense into your friend for speaking such foolishness, but can’t because this is all happening via a Zoom call. A year ago, that entire scenario would have been dismissed as pure rubbish. At best, a solid effort in creative writing, and yet it would only take less than six months for that entire statement to become a reality.

Society has always been great about adapting and creating new language to describe the foreign and 2020 may be the year where human creativity in linguistics was really put to the test. No one could have anticipated the bevy of new words and phrases that would be needed to describe the new situations many now found themselves in. Suddenly people were deemed essential workers, normal had an entirely new definition, and you could crash multiple social gatherings without ever leaving your home. And there was a word or phrase to describe all of it. Some may be remembered as relics of the craziest time many will ever experience while others may become the butt of many jokes the moment the severity of the pandemic subsides.

You may or may not have noticed that even on this very blog the virus which shall not be named is rarely referred to using its official name. Part exercise in creativity (how many different ways can you talk about something without explicitly mentioning it?) and part simply not knowing how long content would be created under the pandemic banner, the choice to avoid calling it out by name was deliberate. Just reading and understanding that last sentiment probably made you feel kind of special.

There’s a sense of community in shared and understood language. Think about the made-up words and phrases you have within your own friend circles. It feels especially inclusive to use the inside jokes and dialogue in public spaces, particularly when you and your friends want to discuss something or someone without risking an eavesdropping moment. It could even be that the quarantine phrases served as a bit of a personal healing device for some allowing them to feel included during a time when so many feel isolated– a collective linguistic elbow bump across the nation.

Not every situation will be as inclusive as a shared language over a pandemic, but there are ways to devise a language that is easy to adopt and allows people to feel like they’re a part of the in crowd. Many modern pop stars have created names for their fan bases: Mariah Carey’s “lambs,” Beyonce’s “beyhive,” Rihanna’s “navy,” Taylor Swift’s “swifties,” the list goes on.

While these titles can be bestowed on anyone who considers themselves a fan, from the casual listener to the diehard who spends thousands of dollars following a celebrity across the country to attend multiple shows, the titles used within the fandoms make people feel like they’re a part of something. Even within the fandoms, there is a special language that only the fans understand. It can be as simple as abbreviations for a song (eg AIWFCIY or All I Want for Christmas Is You which means nothing to anyone outside of Mariah’s lambs) or common words that take on a new meaning within a fandom (eg thirteen which most associate with bad luck, unless you’re a swiftie and understand that’s Taylor Swift’s lucky number) or new words that only the fans know (eg surfbort which you probably view as a misspelling of “surfboard” but makes complete sense in Beyonce’s beyhive where the reference is immediately recognized from her song, Drunk in Love). At the end of the day, it’s the sense of community built around a shared language that makes people feel included. Once they are “in the club,” there is total buy-in and it makes communicating with audiences easier. People are more receptive once they’re part of something.

Shared language is one of the easiest ways to connect with audiences. As the pandemic has demonstrated, people are going to create a language no matter the circumstances and it behooves any tapped in communicator to not only be a part of these conversations but to define that shared language within their own audiences to build a sense of community. Inclusion connects.