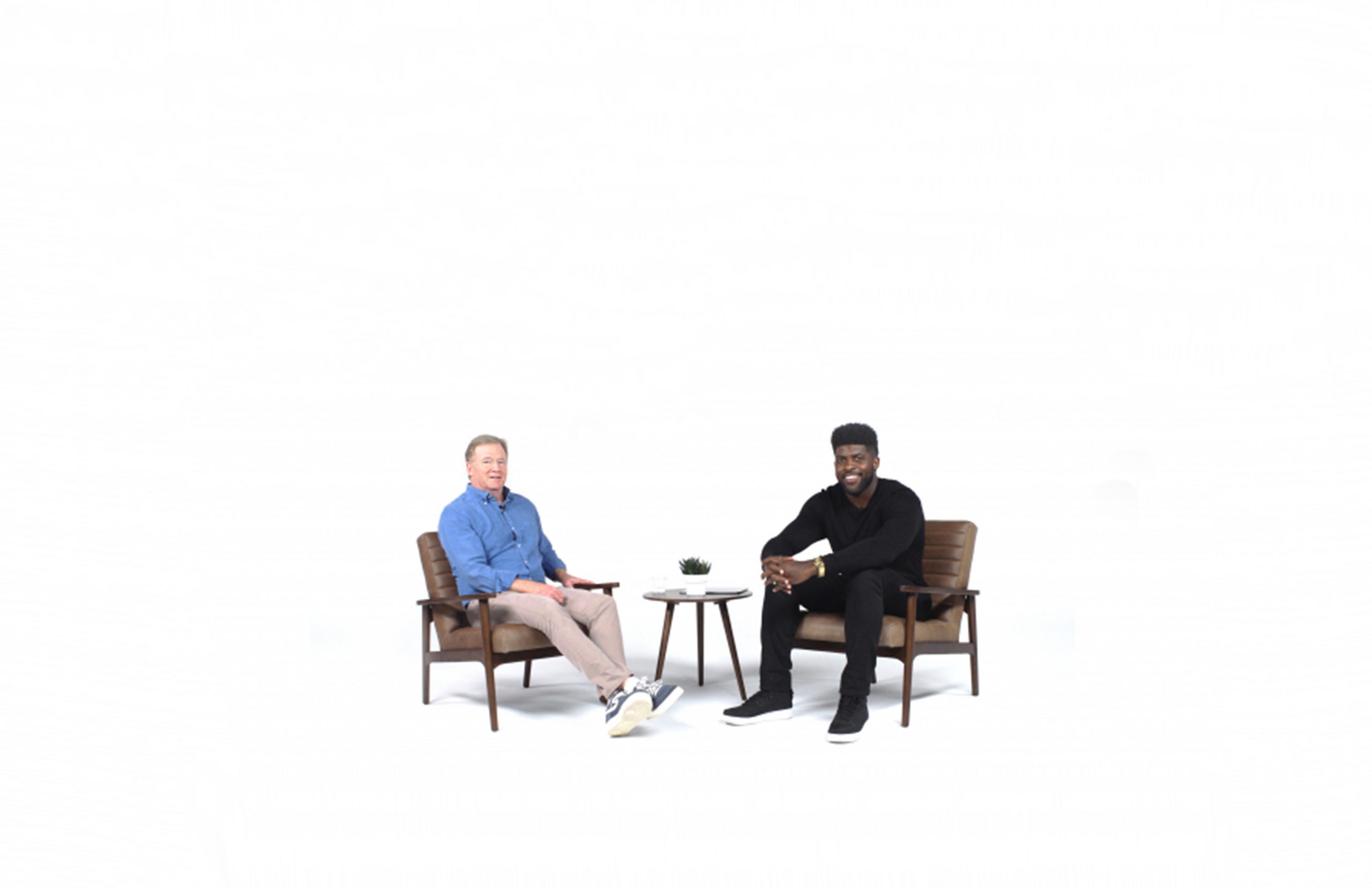 It’s Not for Everybody & That’s Ok

Uncomfortable Conversations with a Black Man was created in the wake of the George Floyd murder when Emmanuel Acho, a former NFL linebacker, realized that a lot of the misunderstandings and judgments between different racial groups existed simply because the individuals had not sat down and spoken honestly with each other. Thus, he created the YouTube series as a way to sit with people and talk about the things that many people want to know, but are perhaps too afraid to ask or may not even be in a position where they can comfortably have these conversations.

The premise is simple. Guests are invited into a studio and they have a conversation with Acho leading the discussion. The themes of the conversations have so far mostly centered around race: interracial relationships, raising Black kids as white parents, and the connections between race and religion. His guests are all people that have found themselves in certain relatable racial circumstances with the most noteworthy guest to date being Roger Goodell, the commissioner for the NFL, which infamously had a poor response to the Black Lives Matter protests led by NFL quarterback, Colin Kaepernick. The interviewees and Acho, in particular, all seem fairly comfortable with the conversations, which may lead some viewers to wonder who exactly is uncomfortable with these conversations? If you fall into this group, then congratulations! You are likely pretty well-rounded in culture and social issues and this series wasn’t made with you in mind.

How uncomfortable you feel with Emmanuel Acho’s Uncomfortable Conversations with a Black Man will vary depending on the types of honest conversations you’re allowing yourself to have with your social circles. For some, the conversations provide a safe, non-judgemental space to get their questions answered: “is my son racist if he says the N-word while rapping along to a song?” (no, but it’s best he refrain from saying the word at all, both hard “er” and “a” iterations), “can white parents effectively raise Black or mixed children?” (yes, but be mindful of teaching them about their cultural heritage and understand it won’t be easy at all), “how do I make Black friends?” (be in Black spaces. Black people don’t bite). For others, Acho is simply adding another voice into the racial discourse that has gained significant traction in the United States in the last few months.

Acho’s series debuted at a time in America when a lot of white people came to the stark realization that the country is still incredibly racist. Many Black Americans suddenly found themselves receiving phone calls and texts from white friends (some of whom they hadn’t spoken to in years) and acquaintances who were trying to understand and come to terms with their own realizations of the privilege they’ve taken for granted that hadn’t been extended to Black people in this country. There was even a day on Instagram when everyone decided to post a black box on their feed to signify that the individual was not a racist while anyone who failed to post a black box and opted to post a brunch selfie was immediately deemed to be socially insensitive. White people had questions and suddenly the Black people in their lives found themselves in the odd position of having to be the mouthpiece of the entire Black experience in America, which wasn’t a fair position either. People wanted to learn and needed a resource. Acho’s series aims to take the inquisitive, albeit poorly executed energy that went into those inquiries and direct them into a focused space so the burden isn’t left on Michael to have to answer all of the questions about race Justin, Kate, and Louis are sending his way.

It’s especially compelling that Acho, who is a Black man, leads the discussions. Traditionally, Black men in America have carried the double burden of having many negative stereotypes associated with them simply for being both Black and male. As Black individuals, they are often portrayed as being frightening and intimidating and as men, they are assumed to be stoic and unable to have open, emotional discourse. Simply by hosting this series, Acho is already destroying prejudices and setting the tone for what a viewer can expect to experience with his series– a reframing of their thoughts about race. It’s important to note that most audiences for Uncomfortable Conversations with a Black Man will likely enter the series with an already open mind as it takes a specific type of individual to actively seek out this sort of content, but in having these conversations in the public space known as the internet, the hope is that the videos will eventually find their way into the hands of those that really would benefit from its message.

People only know what they have been exposed to and while Acho’s series may not provide a lot of new information for more culturally versed individuals, he’s providing value as yet another voice speaking up so people can learn. There’s a lot of content for people to consume these days and sometimes being yet another voice in the mix doesn’t seem really valuable, but as Acho explained in an interview with Oprah, “one person can affect large scale change.” Your message doesn’t always have to be unique, but it certainly needs to make an impact. Being yet another voice in the crowd is only futile when you’re a voice that’s just shouting into the abyss. Prioritize the potential impact of your messaging and find the audience that needs it.