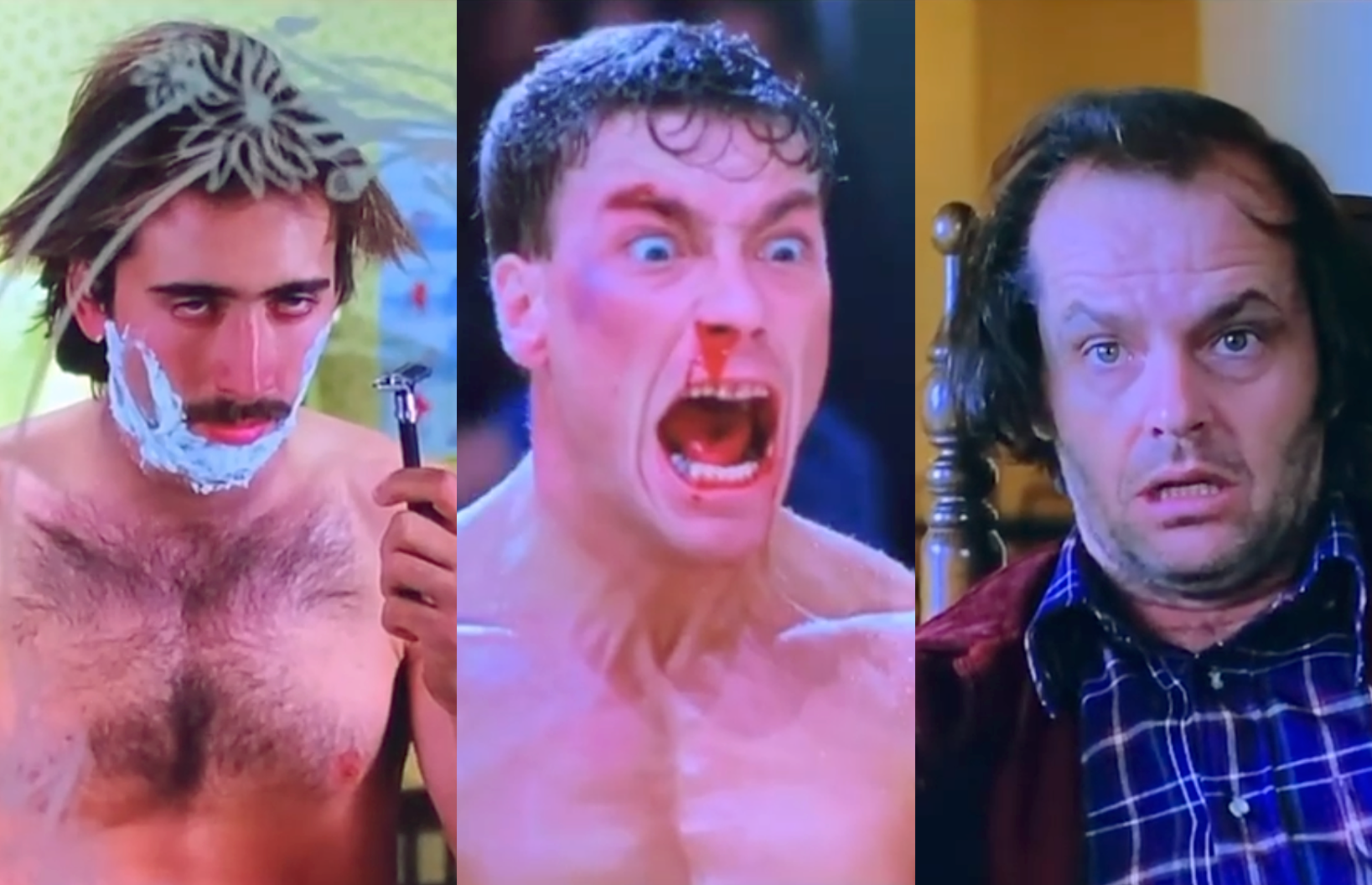 I Lost It at the Movies

An actor cuts up by cutting up

The actor Chad Crone is of sufficiently modest fame that his Instagram handle is an alias. The name @chadwickmalcolm is apparently borrowed from a Marvel Comics villain who, according to the Marvel Cinematic Universe wiki, died in 1947. If that seems like a deep-cut obscurity chosen by a dedicated culture buff, have a look at the ingeniously entertaining short films Crone has been posting on his Instagram feed lately.

Since early April, Crone has been adding to a serial with the deceptively deadpan title, “Quick Summary of Last Week.” Each minute-long installment is set to the same soundtrack (a snippet of the French duo Air’s “Mike Mills“), and all feature images quite familiar to many of us during the pandemic: lying around on the bed or sofa; going stir crazy indoors and making anxious forays out; trying to get into good shape while also overindulging in calories and other vices; having a lot of feels; going down ontological, cosmic, and paranoid rabbit holes; and occasional outbreaks of dancing.

His presence deftly glues the surrounding clips together into what feels like a narrative progression, not only within each short film but throughout the series as a whole.

Crone is the mainstay of the series, if not exactly the star. He pops up trying to Aerobicize just after John Travolta does in Perfect. He sits on his throne reading Joan Didion. He sips a beer one week, spills a cocktail another. He sleeps not-quite-contentedly with a pillow. So seamless are his interpolations of his own image into the reels that Crone sometimes manages to seem like he, too, inhabits a classic of the silver screen. The project is not only expertly made and a lot of fun to watch, it also functions as a name-that-movie trivia contest: a game to play as well as a thing to watch, during a time when we need both. And his most recent post takes a sharp and stark turn in both form and content, indicating a keenness to engage politically and pivot creatively. There’s heft and substance here, and an alert mind at work. 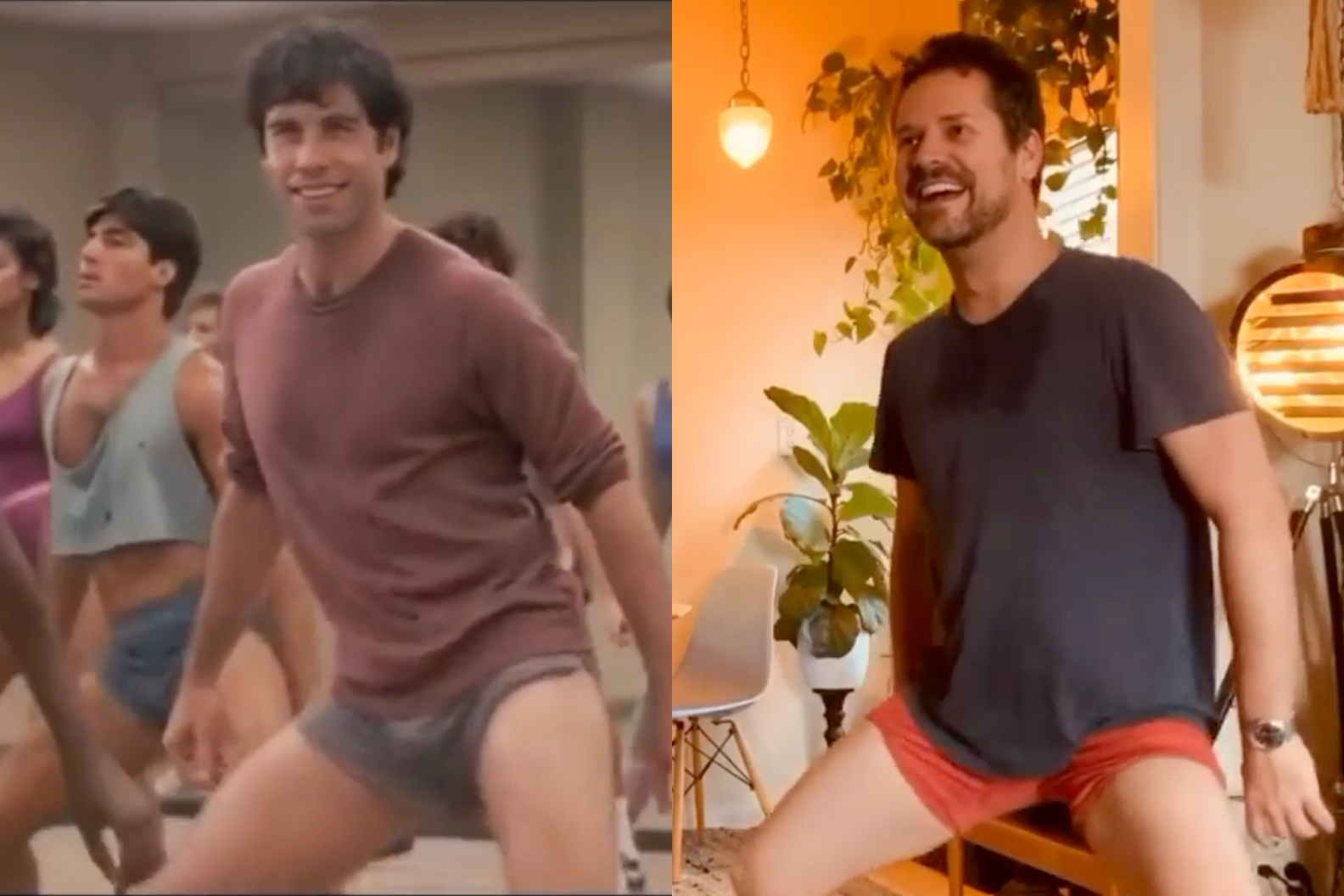 The real star of the show, though, is the late, great Jerry Orbach. In a repeatedly used clip from Dirty Dancing, its duration parceled out over the course of the series, Orbach’s eyes well with tears before he breaks into sobs. No installment is complete, apparently, without this Hitchcock-appearing-in-his-own-film shot, which never fails to send the viewer’s mind down rabbit holes of its own. Why Jerry Orbach, exactly, and why Dirty Dancing? Does it have anything to do with the coincidence (or is it?) that the famous line from that movie, “Nobody puts Baby in a corner,” is also the title of an episode of the TV show Veronica Mars which features a song by Air, whose music provides Crone’s familiar score–and that the same episode features references to at least two other movies whose clips Crone has included in his own series? Are there a lot more connections here than meet the eye–possibly even a complete but hidden code or key to some deeper message? Whether they’re really there or not, they add up to another welcome feature of Crone’s droll, compact entertainments: chasing after the connective possibilities can help you while away the one thing most of us have in overabundance these days: time.