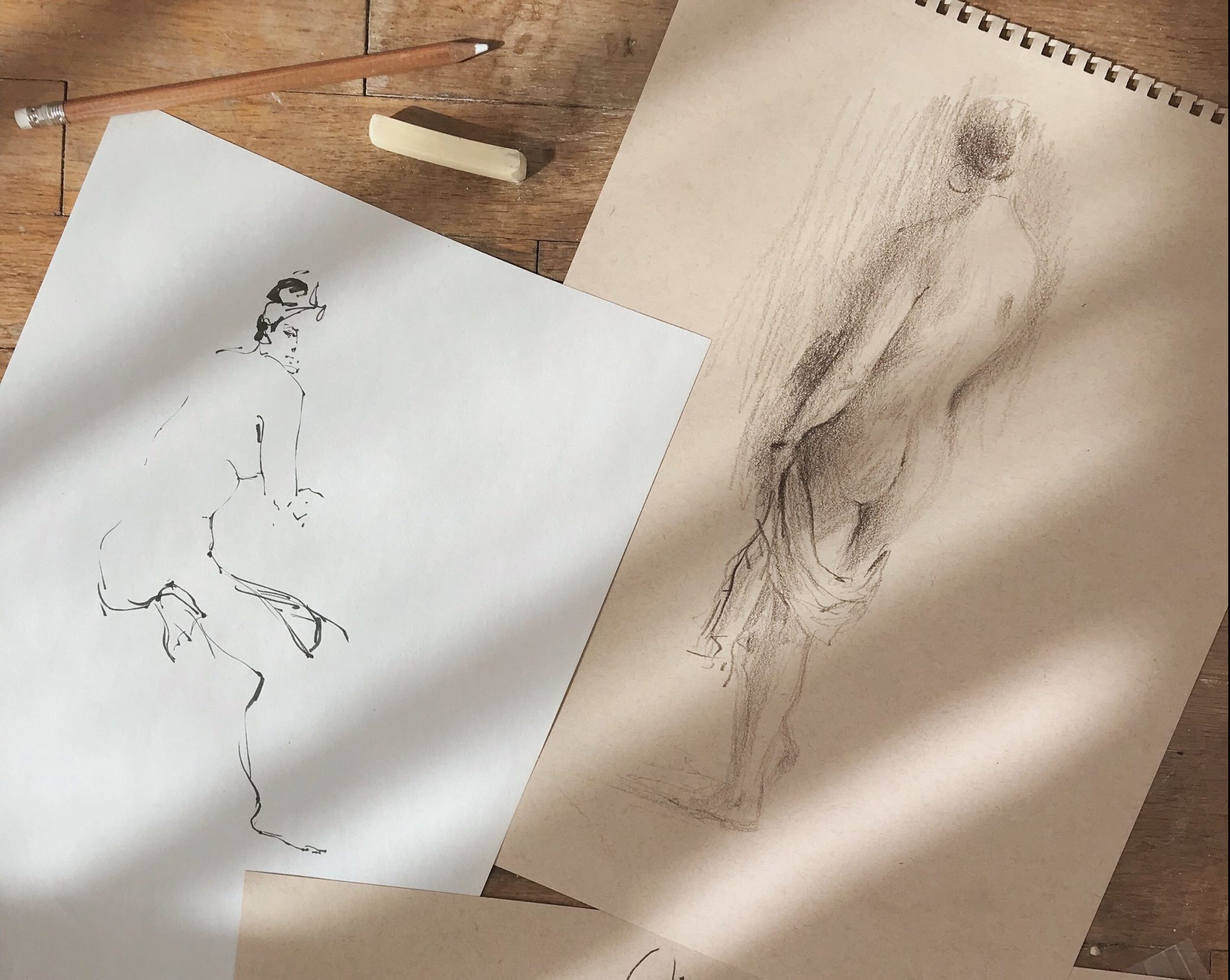 Jeanette Getrost was a superstar fashion illustrator by the time she was in her mid-twenties, with a prodigious list of clients that reads like—well, just read it. Her work in that field is as highly accomplished as it is wonderfully whimsical. But she admits that until recently “I was sort of hiding behind the phrase ‘fashion illustrator.’” Look more closely at her work, and talk to the woman who makes it, and it’s quite clear that the concealed creator is an Artist, full stop.

And “it’s natural for an artist to evolve,” Getrost says. She’s quick to say that “I love fashion and I love drawing clothing,” but “I didn’t want to be only a sketch artist. That’s why I started changing my approach.” She was in the process of making that change—not leaving behind the identity she established but building on it, growing from it, and expanding into other forms—when the world changed in March.

Under the current conditions, it’s also natural for Getrost to observe a larger evolution: “Not to be too woo-woo,” she says, “but it seems like reevaluating is what’s happening on a global scale right now.” Getrost is proof positive that our self-reevaluation can take place right in our occupational comfort zones—and that we can find something new there.

In early May, Getrost was the featured artist for the Rockefeller Center’s weekly Happy Hour Art Party, the sixth installment of the Center’s virtual art programming series that takes place on Instagram during this homebound period. The public submits photos—of themselves, their pets, or anything they might like to see artfully drawn—and the artist, with help from the Rockefeller Center’s team, chooses from among the submissions; during the allotted hour, she makes an illustration which is unveiled and then presented to the submitter.

It’s an ingenious program: it connects artists to audiences and engages them personally; it keeps them tuned in as they enjoy a Q&A with the artist and wait to see what she’ll produce; and of course it provides stay-at-home entertainment in the milieu of art while museum and gallery attendance (not to mention public happy hours) isn’t an option.

As a veteran of the event-driven world of the fashion industry, Getrost has ample experience and fluency in drawing on the fly, as well as an enviably large Instagram following—which she has assiduously cultivated—but she had never done an Instagram Live event. Although she was excited to do the Rockefeller Art Party, the prospect gave her butterflies.

“I’m a total perfectionist,” she admits, “and I’m not used to not being able to filter what I share.”

But the current climate, she says, seems to have changed our behavior in the virtual world, and has even made it feel less virtual and more real: “My relationship to social media was something I was struggling with in the last number of years, and now I feel like people are more empathetic and understanding. It feels like a less scary place: more in depth, less smoke and mirrors.” The change is an example of a larger “evolution away from throwaway culture” Getrost says she has detected in the zeitgeist over the last couple of months.

During the Rockefeller Center Art Party, Getrost says, “people were so lovely and asked such great questions. I could talk about illustration all day long, so it was a lot of fun for me to be able to interact and answer questions and show a bit more insight into my process. It was something I wanted to do for all those years. And now that I’ve done one, I can’t wait to do another one.”

It’s that kind of breakthrough—something we’ve long hoped to try and now, perhaps, finally have the chance to—that speaks to this moment of transformative change. And it might help us all right now to adopt the mindset of artists, especially freelancers like Getrost who are “one-day-at-a-time artists,” she says. “We’re incredibly resourceful. We’re used to working remotely, we turn work around very quickly—I’m a one-woman production house—and we understand that things fall through all the time. We never assume things will stay the same.”

What would she like to see not stay the same in the future, after we emerge from this forced chrysalis?

“We can be more creative about where our money is going,” Getrost says, “putting it to better use…For example, with event space, I was often surprised how much money people were spending on something that might last a couple of hours, when they could have hired artists to make something really beautiful.”