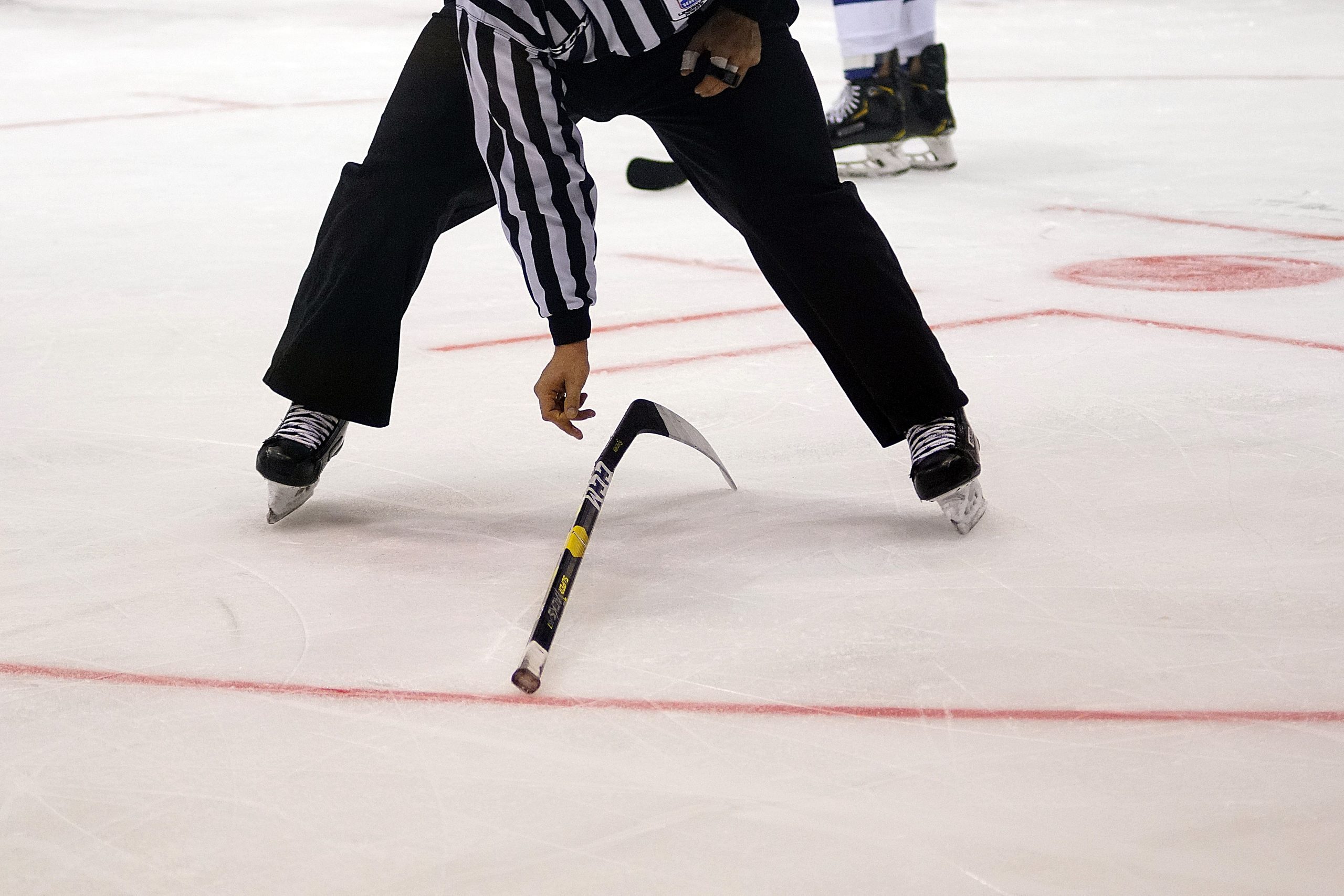 From Plan A to Plan Eh?

Takeaways from the NHL's restart

On August 1, the National Hockey League will resume its season — or rather, the postseason. The regular season, suspended on March 12, has been officially declared over with about 85 percent of its games in the books. Of the NHL’s 31 teams, 24 qualify for the playoffs. That means seven teams are retroactively eliminated.

The NHL’s cut to the championship chase is one consequence of its restart plan. We’ve isolated a few others of note and added our own takeaways as each applies to enterprise more broadly. What can we learn from the NHL’s approach to resuming play? What useful inventions has necessity perhaps mothered into being?

The already eliminated teams: do we shed a tear for Ottawa et al? Or do we acknowledge that it likely helps the septet of stragglers cut the string they were only playing out anyway? Also avoided is unnecessary injury risk to players on these teams. (If they’re eligible for new contracts next season, the roughly 70 games they’ve already played form a sufficient resume.) And those teams can begin planning for 2020-21 immediately — an unusually helpful advantage this year (see 4); under league rules,they can even make trades with each other right now if they like. One man’s trash…?

Takeaway: We all carry around dead weight and trot it out for its daily reps simply because we’re supposed to. The NHL is modeling a way to deal with this problem that liberates both parties from the burden of meaninglessness. The field has been winnowed down to its viable competitors; the rest have a chance to rethink themselves and regain competitiveness. Think of a project you’re engaged in that isn’t working for you. (If you can’t, congratulations, you can stop reading.) Yet you’re still going on with it, by habit or agreement or for some other pro forma reason. What would happen if you intervened, called it off today, took the short-term loss, and set about rebuilding it for next season? The present circumstances, as the NHL shows us, are a great time to do it.

Of note: Nowhere in the NHL’s plan for restarting the season are the seven eliminated teams actually named. We find them only on the list of the NHL’s draft order (see 4). No formal elegy here, and none is needed. Polite, yes, but also: Why call attention to what hasn’t worked? Move on. Next year, when one or more of the seven losers starts winning again, the surprise will be that much bigger.

The postseason: Playoff venues will be limited to the protocol-restricted double-bubble arenas of two cities (see 3). One result of this consolidation plan is that the week-long “qualifying round” between teams seeded #5 through #12 (#1-#4 get byes) means a daily game schedule that begins around lunchtime and doesn’t end until the clock has turned over to the next calendar date. If you turn on the television, there’ll probably be hockey happening; and if there isn’t, there’ll be talking heads analyzing the games that did happen or the ones about to get underway.

In other words, hockey is going to take over the sports world for a week. ESPN’s Greg Wyshynski gushes: “For those of us who have wanted this ‘games all day’ early-postseason setup for years, this is a dream scenario.”

Takeaway: It may be H-E-Double-Hockey-Sticks on play-by-play broadcasters’ vocal cords, but the telethon of playoff games in early August gives the NHL a golden opportunity to saturate the North American sports consciousness with its sport. To be fair, professional baseball and basketball will resume play around the same time, but the former will have only just begun and the latter will restart by dutifully playing out the remainder of its regular season (a somewhat perplexing choice). Only the NHL boasts the win-or-go-home suspense and intensity of the playoffs. It’s widely opined that the most exciting three weeks in sports on our continent comprise the NCAA Men’s Basketball Tournament, especially its first-round mayhem that crams eight do-or-die games into a day and causes millions of people to come down with a mysterious condition — don’t worry, not that one: it’s only March Madness. We propose to dub the 2020 NHL restart the August Ague.

What if you radically accelerated the cadence of your marketing efforts and, instead of parceling them out in space and time, put them all on just one or two platforms, so that for a week or two you were everywhere? Could that not only make you unignorable in your circle but also, maybe, widen it and draw attention your way from audiences you might not ordinarily reach?

Of Note: Along with the game schedule, pregame and postgame commentary will be streamlined. This means fewer wasted words, less repetition, not as much grasping for something to say to fill airspace. There’s an argument for taking this approach even when we have plenty of time and bandwidth at our disposal. How much more could you say by saying less, only better?

Edmonton and Toronto: that’s where all the remaining games this season will be played. The NHL chose these two cities from a wide range of candidates on both sides of the border. No doubt the preference for Edmonton and Toronto owed largely to safety and health concerns in the US, but it yields a great marketing possibility. For the first time in nearly a century, the entirety of the NHL playoffs will take place in Canada, where hockey was invented. This is a chance for the league to put its native origins front and center, and plumb the history and character of Canada’s national game. (If they don’t, they’ve missed an empty-netter.)

Takeaway: There are those suffering cabin fever these days, no doubt; but many have, on the contrary, reconnected with their homes since March. Familiarity and tradition have come to the fore of consciousness; we see into clients’ living rooms on Zoom and they into ours. People may be more primed than usual to hear about your home, your origin story, and to associate what you do with where you do it — and with the way in which your senses of place and history inform your values, your messaging, and your identity.

Of note: Canada? That cold and unconsidered place up there? Exactly, and here is a chance for the NHL to warm up the image and idea of its motherland. Bet there’s something integral to the identity of your business that you keep mostly on ice because you think it’s of no outside interest. Bet it would be if you let them see it.

Ten days: That’s how soon, depending on the length of the championship series, the annual NHL draft generally takes place after the season ends (usually in the second week of June). Then hockey goes mostly dormant until October. This year, the draft will follow on even more immediately, possibly as few as five days after the Stanley Cup is hoisted. Then, in December, the NHL’s 2020-21 season is scheduled to start, after a shorter than usual wait time. The post-draft chatter will take up part of October; there’ll be the usual newsworthy flurry of signings and trades, which could continue right into November training camp; and then, quick as a slap shot — hockey again right after Thanksgiving. Thus the NHL can stay active and relevant without interruption from today until its next season ends, nearly a full year from now.

Takeaway: We’re accustomed to downtime in our communications. We do, after all, need a break now and then. But most of us play for teams, and there’s nearly always someone whose fresh and ready for a shift. Are there ways to keep our message and métier alive all the time?

Of note: Look at all the angles from which the NHL can communicate with its audience after the season ends: there’s the look back at the just-concluded playoffs — and the strange and singular effects of 2020 on those playoffs; then the draft, as well as player movement between teams (not to mention the firing and hiring of coaches), which is always an excitable period replete with analysis, predictions, etc.; and then the sport itself once the season begins. Think about all your different angles, and how there might be some you haven’t explored yet, especially if over the last few months you’ve had to contain yourself more than usual.