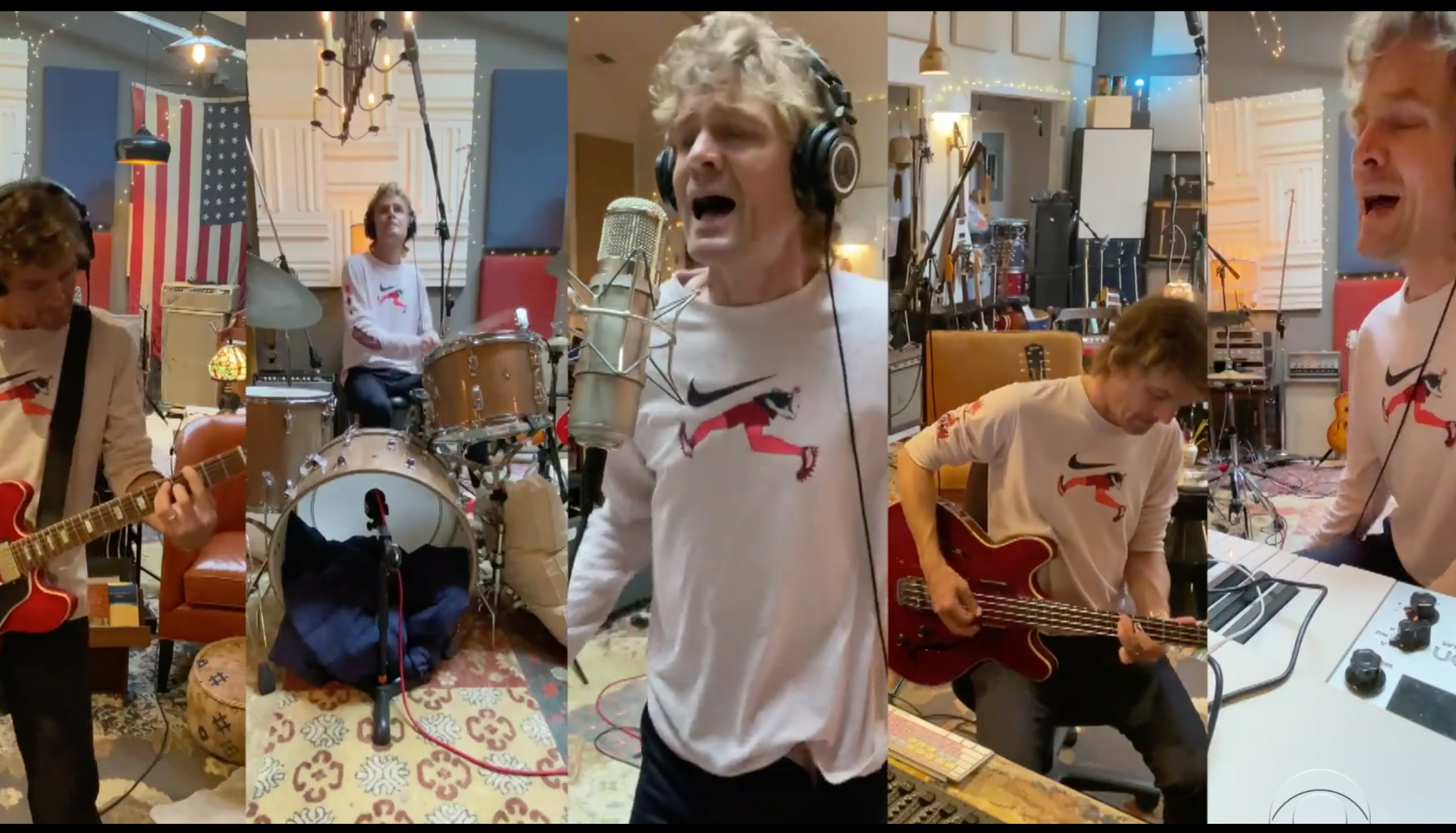 How to make more of yourself

Is your business’s presence more limited than usual these days? Maybe you can take a cue from Brendan Benson, and not only “feel like myself again,” as he sang some years ago. Maybe you can be more of yourself, almost literally.

Benson is perhaps most recognizable as rock eminence Jack White’s tag-team partner in their on-again-off-again rock combo, The Raconteurs. But he has a substantial solo career of his own, dating all the way back to his outstanding 1996 debut, One Mississippi. On his second album, Lapalco, Benson played most of the instruments himself and handled production duties as well, establishing himself as a first-rate wunderkind.

Promoting his new album, Dear Life, Benson recently appeared on The Late Show with Stephen Colbert no less than five times — at once. How did he do it? By adding “videographer” to his ample skill set. As a guest of Colbert’s remotely-recorded #PLAYATHOME series, Benson announced to the camera set up in his home music studio, “I’m going to record a new version of ‘Richest Man,’ my new single, filming me playing all these instruments.” Then the screen split into fifths, and a quintet of Brendan Bensons — singer, guitarist, bassist, drummer, backup vocalist — launched into the song’s power-pop celebration of family life: “I got two beautiful babies / And one hell of a woman as my wife / Got twice the love and half the money / And I feel like the richest man alive.” He may no longer be a kind, but the 50-year-old rocker is still showing off what makes him a wunder.

It was an ingenious appearance in more than one way (fittingly). One was that Benson, never a mainstream musician by nature, eschewed the customary Brady Bunch grid of performers each appearing via their own discrete locations: a perfectly fine approach to playing live at a social distance, but the way pretty much everyone does it nowadays and by now a little tired. Instead, he exploited Zoom’s untapped potential and multiplied himself.  He also provided easygoing but firm evidence of his range of gifts by letting us see a lot of them in action simultaneously. And along the way, he did indeed whip up a new version of “Richest Man” just for the occasion: an unexpected keepsake for his fans.

It doesn’t necessarily take a lot to set ourselves apart, not only from others and from the way others use conventional resources, but in fact from ourselves — we can be more than we seem, occupy more screens, and give ourselves more airtime by rethinking the way we present what we’ve created. Benson’s simple but imaginative conceit was an excellent example. These days he may have “twice the love and half the money,” but on Colbert he was himself times five.