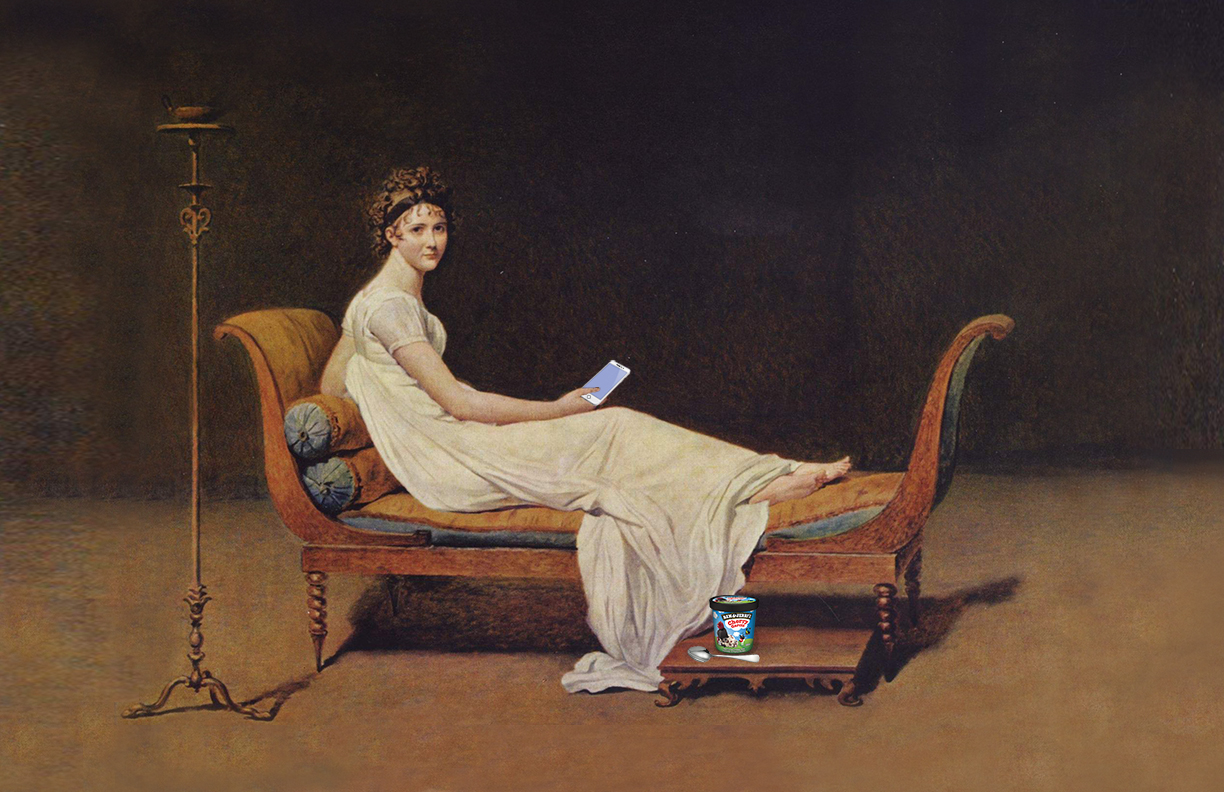 At this stage of remote working, you likely have abandoned putting on a proper outfit for the workday (assuming you even bothered to dress up to begin with) and have opted to only dress the section of your body that will be seen by your colleagues. And that’s only if you’ll be appearing on video that day. After all, you’re only just going a few feet into the next room. No video. No shirt. Them’s the quarantine rules.

According to the New York Times, in April, clothing sales experienced the largest sales dive on record falling 79% in the United States while sweatpants sales saw a significant increase surging 80%. The age of stylish comfort has officially been ushered in. Gone are the days of spending every morning in front of your closet carefully planning out a cute ensemble for the day, ironing it, and taking heed not to spill coffee on it on the way into the office. Now, it’s simply a matter of ensuring you aren’t wearing one of the three shirts you have in quarantation (quarantine rotation) twice in a row. There is an unspoken agreement to not judge anyone for appearing on camera looking like they just finished a round of living room yoga as chances are high that’s exactly what just happened. People are at home and no one can be faulted for being comfortable in their own home. It’s now understood that dressing like a billionaire founder of a tech startup doesn’t affect your work performance.

With the focus of work-from-home fashion shifting toward a higher value for comfort and more of a focus toward dressing just the upper body, the latest trend to hit the summer fashion runway scene (meaning the space between your front door and the kitchen) takes these preferences into mind resulting in home wear that’s comfy enough for the bed, yet professional enough to hop on the Zoom to present that PowerPoint to key stakeholders or go over the day’s assignment with a group of 22 kindergartners you’re trying to hold the attention of via remote learning.

While any garment can be a nap garment if you believe in yourself, the pandemic has caused these stylish gowns to surge in popularity with many shoppers filling their closets with this light, breezy comfort dress. Taking notes from the Billy Ray Cyrus mullet playbook, the nap dress is business up top making it perfectly acceptable for work and a (slumber) party on the bottom putting you in prime position to retire to the couch for your mid-day siesta. Nap dresses surprisingly aren’t quarantine born but have actually been around since 2018 when Hill House Home debuted their line. Of course, 2018 was a completely different time, and taking a nap during work hours, while not recommended, was strictly frowned upon. Not that it’s necessarily recommended now, but should you happen to find time in your day to steal away to quickly rest your eyes, no one would be the wiser. You didn’t read that here though…

In a way, the nap dress embodies everything about 2020. It’s delusionally optimistic, meaning you put it on in the hopes of finding time to utilize the nap portion of the description, but deep down you know the dog will need to go out and then the kids will need a snack and then your boss will surprise video call you and suddenly it’s time for dinner and you may as well just go to bed because a nap at 6pm will keep you up all night. It’s versatile, which is exactly what 2020 is all about, going with whatever is thrown your way. And it does an incredible job of making you look like you have it together to your colleagues when you just might be losing it on the inside. It’s a statement piece that quietly suggests that you haven’t quite given up because you look too darn cute to do so! And you’re comfy!

There’s been some debate as to whether the comfy chic look is psychologically good for people. Some people need to dress up to put them in the right headspace to do work and transition from a home mindset to one of work while others couldn’t get out of those loafers and pencil skirts fast enough. The line between work and play is blurred at home because everything is happening under one roof. The nap dress demonstrates how not only the fashion industry has continued to adjust, but also fashion acceptability in the corporate world.

The work-from-home ensemble marks a new era in corporate casual. The airs that are put on for corporate acceptance have been loosened yet again. Many of your grandparents wouldn’t dare step foot into an office without putting on their Sunday best, which was just a step down from what they actually wore on Sunday. Grandpa might leave the wool vest at home to head into the factory. Wouldn’t want the pocket watch to get caught in something. Fast forward a few more years and while a three-piece suit and a top hat weren’t necessary for the workday, a suit and tie for the men and heels and a knee-length skirt for the women were certainly expected. In recent years, as more startups have emerged into the corporate space and every office suddenly wants to be “the cool office” work fashion has relaxed even more with jeans and a button-down becoming acceptable office attire. In the present, the era of half-dressing is here making older generations think they need to talk younger generations off of the cliff in order not to commit professional suicide.

The nap dress is a modern response on how work heavily dictates fashion and how congruent personal and work life are for many, particularly now. While the “always working, always hustling” workstyle hasn’t really changed much, the emphasis on being comfy while doing so is stronger than ever. After all, if you’re going to answer emails after dinner and hop on meetings with the Tokyo team before you’ve even had the chance to rub the crust from your eyes, you should be comfortable while doing it.